Everybody loves shortcuts - especially when it comes to weight loss. There is no such thing as a magic pill but fortunately, scientific research did find some shortcuts that can help you speed up the weight loss process&hellip;
Think small
Slow and steady wins the race - whether youâre running a marathon or just trying to out-run the extra pounds. In fact, lofty dieting expectation can lead to yo-yo weight losses and gains, research form George Washington University revealed.
Dieters in the research who expected too much weight loss were more likely to experience variations of nine kgs or more than those who opted for a more realistic slim-down path. So manage your expectations by setting small weight loss goals and building on that.
Low G.I. breakfast
According to Chinese scientists, opting for a breakfast that has a low glycolic index (low GI) is key for curbing cravings and unhealthy eating afterwards.
Research has shown that food with low glycaemic index rankings boosts blood sugar levels by a smaller amount and over a long period of time, thus preventing it from spiking - which is the main reason behind cravings and hunger pangs.
Sleep well
The fewer hours you log in your bed, the more likely youâre to overeat the next day, according to scientists in Canada. Lack of sleep has negative effects on your metabolism by upsetting hormones that control hunger.
In addition, if youâre sleep deprived, youâre more likely to suffer from fatigue and exhaustion the next day, thus boosting the chances of mindless eating and snacking.
As a result, make sure to get plenty of sleep during night time. Aim for at least eight hours of high quality and uninterrupted sleep.
Say âI donâtâ
The wording you use creates the reality in which you live. In fact, the words we use on a daily basis are building blocks of the decisions we make - good and bad.
According to a study at the universities of Houston and Boston, 120 students were asked to turn down tempting foods while using different phrases. The scientists found that those who said âI donât eat Xâ rather than âI canât eat Xâ were eight times more likely to turn down the lures.
Use your words wisely. They do shape the reality you live in after all.
About the author
David DACK is a runner and an established author on weight loss, motivation and fitness.

If you want more free tips from David DACK, then go to http://runnersblueprint.com/weightlossrunning.html to download his 35-Pages "Weight Loss By Running" FREE eBook. 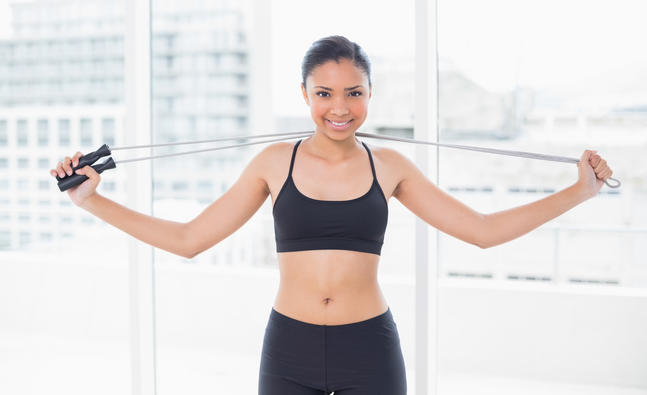 DON'T MISS
Your Doctor's Weight Can Impact Your Own
BMI Calculator
Fight snack attacks throughout the day
Plan a holiday with activities and lose weight
Top habits of successful dieters: Top triggers
Burn calories with bends and kicks
Make weight loss fun and interesting
Two easy strategies for keeping off the kilos!
50 Best Weight Loss Exercises You Can Try
Cut calories with a healthier pie crust

Exercise tips for weight loss: Bored with exercise? Try this

Why you should rather drink tomato juice than orange juice