Are your friends making you fat?

Are your friends sabotaging your weight loss goals and could obesity be a socially transmitted disease?

In order to try to find out, researchers reviewed several experimental studies about whether other peoples' eating habits influence our food intake and choices.

Iâll have what sheâs having

The results, published in the Journal of the Academy of Nutrition and Dietetics, showed that if people were given information indicating that others were making low-calorie or high-calorie food choices, it significantly increased the likelihood that participants made similar choices.

Also, data indicate that social norms influence the quantity of food eaten. Additionally, the review indicated that suggesting that others eat large portions increased food intake by the participants. There was also a strong association between eating and social identity.

Eating to fit in

"It appears that in some contexts, conforming to informational eating norms may be a way of reinforcing identity [in] a social group, which is in line with social identity theory," explains lead investigator Eric Robinson, PhD, of the University of Liverpool.

The need to solidify our place in our social group is just one way in which social norms influence our food choices. The research also revealed that the social mechanisms that influence what we decide to eat are present even when we eat alone, whether or not we are aware of it.

"Norms influence behaviour by altering the extent to which an individual perceives the behaviour in question to be beneficial to them. Human behaviour can be guided by a perceived group norm, even when people have little or no motivation to please other people," says Dr. Robinson.

"Given that in some studies the participants did not believe that their behaviour was influenced by the informational eating norms, it seems that participants may not have been consciously considering the norm information when making food choices."

So if youâre trying to lose weight, before you take a bite of that doughnut, ask yourself if youâre eating because youâre hungry or if a certain tea-time treat has merely become the norm in your life.

Recommended reading: What to do after a cheat weekend 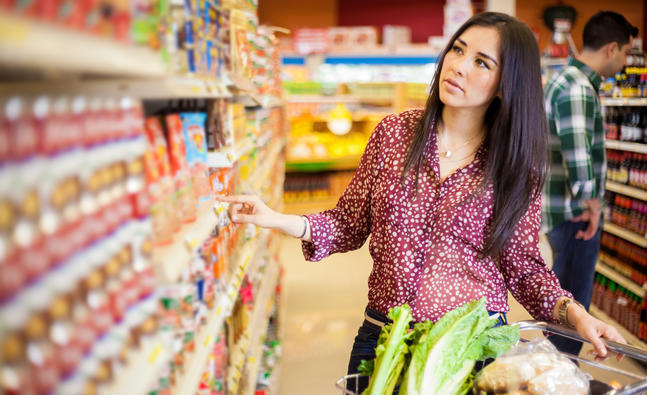 DON'T MISS
Maximise lunch hour weight loss
How to eat and exercise for your body type
3 Reasons why youâre NOT losing weight
How 10 Women Successfully Lost Weight During the Holidays
Top 10 Homeopathic Medicines For Gaining Weight
Fashionable Nutrition Myths: Energy drinks are healthy
Does your diet contain enough of these good fats?
5 Ways to lower your cholesterol AND lose weight + bonus recipes
How to keep the weight off
WTF is Stomach Vacuuming, and Can it Fight Belly Fat?

Beat the bulge without breaking the bank

Why is it so hard to keep the weight off?

Something our parents got wrong at suppertime