How This Woman Fought a Stubborn Weight-Loss Plateau—and Won

By the time she left for college, Tamar tipped the scales at about 230 pounds. The demands of school and, post-graduation, her packed schedule as a vision-care technician led Tamar to stress-eat her way through processed foods. All activity was sidelined when a pair of herniated disks in her back kept her laid up for the last few months of 2012. By January 2013 she was 276 pounds.

After her disks healed, Tamar knew she had to do something—so she joined Weight Watchers, started walking her dog more, and eased into cardio DVDs four times a week. But when it came time to try on her wedding dress in March 2013, Tamar could barely fit into a size 20, even though the scale said she was 35 pounds lighter.

She joined her local YMCA in June 2013, where a cycling instructor got her hooked on the class. Tamar hit the bike four times a week; by her wedding day that October, she'd shed 46 more pounds.

When she plateaued at 196, despite adding weight lifting three times a week, she zeroed in on her diet. Tamar kept to a low-carb regimen for two months, without much luck. Then she tried a high-protein plan. Still no lasting success. She finally consulted a nutritionist, who put her on a 1,700-calorie diet featuring some dairy and complex carbs: a protein shake for breakfast, a big lunch (often chicken, brown rice, and veggies), and then a protein-and-veg-only dinner. The focused plan helped her drop another 20 pounds to settle at 175.

Tamar, now 27 years old, is more at ease in photos and a total fitness fanatic. "I'm training for a half-marathon," she says.

Avoid temptation. "Moderation doesn't work for me with candy, so I don't keep any in my house."

Recruit workout buddies. "My friend Lauren runs all races with me. She gives me extra motivation and helps hold me accountable."

Keep checking in. "I have certain jeans that I'll try on, and if I feel like they're getting a bit tight, then I up my game."

To read more about Tamar's amazing weight-loss journey, pick up the January/February 2016 issue of Women's Health, on newsstands now. 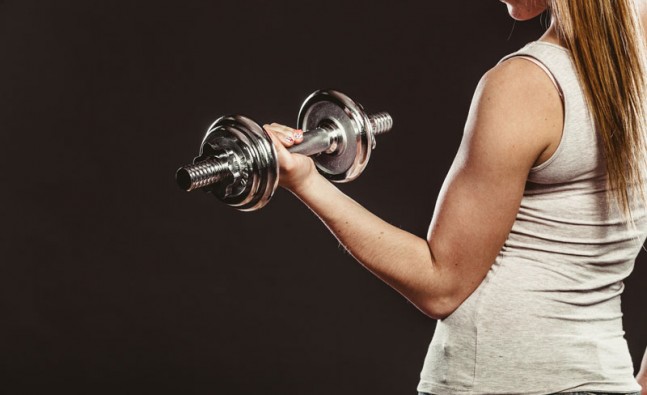 Should I be a certain weight for pregnancy?