When Jessie started her first desk job as a paralegal, she developed cravings for all things fried, and the sedentary gig didn't give her the opportunity to burn any of it off during the day. Plus, she was so beat when she got home that she didn't think much about what she ate. Jessie ignored the five to 10 pounds that crept on each year until 2012, when she realized she'd passed the 200 mark.

But when a friend brought up some fun facts about the calories and nutrients in her food, Jessie started watching her portion sizes and swapping her usual pizza for dishes heavy on greens, poultry, and fish. Months later, Jessie's pants got looser, and she kept up her momentum by using a calorie-counting app. Not long after that, she resurrected the elliptical she'd hidden in her home office and started pedaling for 30 minutes five days a week; within a few months, she powered through interval routines. By March 2013, Jessie was under 190 pounds. On top of that, she upped her elliptical time and began strength training and running outside. Not long after mastering those fitness feats, she hit 125 pounds and received a glowing doctor's report that showed improvement in everything from her blood work to her body fat.

Here's what Jessie says helped her achieve her weight-loss goals:

Weigh in—sometimes. "While I was losing weight, I got on the scale once a week because day-to-day fluctuations can be confusing and, frankly, discouraging."

Slurp it down. "I like to cook a big stew on the weekend to eat throughout the whole week. It's really satisfying, even when it's low-cal."

Get outside. "When I'm biking, I'm not focusing on the fact that I'm exercising. I get lost in how beautiful the trees, creek, and birds are."

To read more about Jessie Foss's amazing weight-loss journey, pick up the November 2015 issue of Women's Health, on newsstands now. 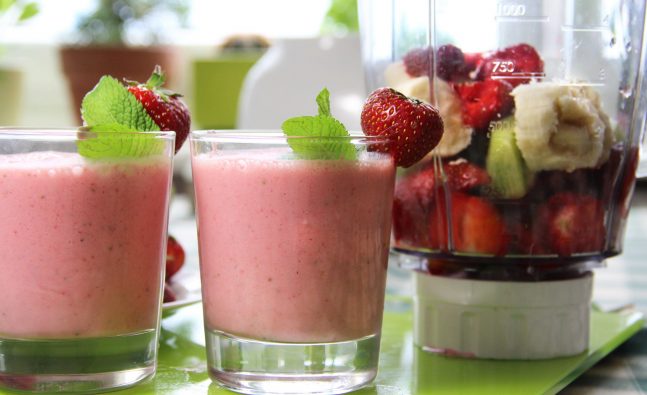 DON'T MISS
Prevent weight gain with cauliflower
How to Have Your Healthiest Week Ever—And Even Shed Some Pounds in the Process
What to do after a cheat weekend
Top habits of successful dieters: Who are you doing this for?
Lose weight without losing your mind
Apple cider vinegar for weight loss?
Study IDs the Biggest Predictor of Obesity
Diet and exercise secret to losing weight fast
Do you count calories?
Mindless eating

Shop until you drop the weight

How to cheat your bathroom scale

The future of flying - pay by passenger weight?