Should You Be Counting Macronutrients Instead of Calories to Lose Weight?

What if we told you that there was a way to have your cake (and brownies, bagels, and candy) and lose weight, too? That's the buzz behind the “If It Fits Your Macros” (IIFYM) diet. Its many devotees with six packs are blowing up Instagram feeds with the #IIFYM for hashtag, but is it worth all the hype?

The diet’s main tenet is that meeting your daily intake of macronutrients (or macros, as the cool kids are calling it)—protein, carbohydrates, and fat—is the most important part of losing weight. Those are the three main nutrients that provide calories your body can use, says Lauren Antonucci, R.D., founding director of Nutrition Energy in New York City. According to those who are into the diet, as long as a food fits into your daily allotment of macros, you can eat it and lose weight—but is it true?

The first step of the diet is figuring out your Basal Metabolic Rate (BMR). “Your BMR is the amount of energy your body would use if you were lying around all day,” says Lauren Thomas, R.D. You can use a BMR calculator to get the number, although Antonucci says you're probably better off leaving it to a registered dietitian who can give you a more accurate BMR estimate (it'll only take about 15 minutes).

RELATED: Here’s Exactly What to Eat to Achieve Any Fitness Goal

After that, you take your activity level into consideration by multiplying your BMR by a number between 1.2 (if you're sedentary) or 1.8 (if you're really, really active). And voila, now you have your recommended calorie intake. But wait, there's more. The diet requires that 40 percent of your calories come from carbohydrates, 40 percent from protein, and 20 percent from fat. Oh, and most nutrition lables list carbs, protein, and fat in grams—not calories. So you'll need to do some (see: a freaking ton of) math to figure out whether that burrito bowl you're eyeing fits your macros.

Eating a combination of carbohydrates, fat, and protein should keep you satiated, energized, and chugging along on the weight-loss train—which is awesome. But of course, it's not that simple. “IIFYM is a style of eating that sounds like it's less restrictive than other diets, but doing the math to figure out whether you can eat something is rather cumbersome to figure out," says Antonucci. That giant math problem can keep you from eating the foods you want, she says.

Let's take breakfast, for example. If you’re a 27-year-old woman who’s 5’5” and weights 130 pounds, according to the BMR calculator, you burn 1,399 calories at rest. Say you do cardio or resistance training six days a week, so you can multiply that by 1.7 since that’s pretty active, and you get 2,378. Next, you multiply that by 0.40 to get your daily protein and carb intakes, then multiply that same number by 0.20 for the fat portion. Finally, you need to divide the calorie counts for each nutrient by three to figure out how many cals' worth of carbs, protein, and fat you need to be eating per meal. After that, you’d have to look up the nutritional content of each breakfast food you want, then measure them out to make sure you’re hitting your mark. Oh, and nutrition labels don't usually list those nutrients in calories—they list them in grams.

Keep in mind that those calculations are strictly for maintaining your weight. If you want to drop a few pounds, you’ll have to make sure you’re taking in less than the number you get after multiplying your BMR by your activity level. Anyone else breaking a sweat?

When you're forced to split up your calories the same way at each meal, people end up making the same meals all the time becuase they know those foods fit their macros, says Antonucci. And if you're eating the same meals week after week, you could be missing out on key nutrients, like fiber.

By using numbers to figure out what to eat, instead of listening to your body, you probably won't feel satisfied by what you put in your mouth, says Antonucci. And since those numbers can be arbitrary if you're calculating your BMR by yourself, you might also be eating the wrong amount of calories for weight loss.

The main reason why people could be seeing results with this diet is because they're becoming more conscious about the things they're putting in their mouths, says Thomas. “IIFYM provides a set of rules to stick to, which leads to increased mindfulness of one's dietary habits," she says. That means you may be less likely to eat large portions or high-calorie foods if you're trying to meet specific numbers, says Thomas.

But can that weight loss last? It's not likely, says Thomas. The crazy amount of math and the strict rules about meeting each nutrient requirement make this eating plan tough to keep up with, she says.

And while a diet that includes carbs, fat, and protein can help you lose weight, both Thomas and Antonucci agree that the specific amounts of 40 percent protein, 40 percent carbs, and 20 percent fat are not especially conducive for weight loss because the amounts of carbs and fat are way too low to keep your body energized and your stomach full. At the same time, the amount of protein could be too much for your body to actually digest, which means you'll store it as fat.

RELATED: Which is Better for Weight Loss: Low-Carb or Low-Fat?

And if you're trying to navigate the diet without the help of a nutritionist, you might not lose as much as you'd hoped for. That's because two people of the same age, weight, and height may have a different BMR, which screws with your calorie calculations, says Thomas. So it’s hard to know whether you’re actually following the diet to a T.

Though the IIFYM diet sounds solid since it promotes eating a balanced diet, treating yourself, and not cutting out any food goups, it actually creates major loopholes that promote malnourishment. You could eat all saturated fats and refined carbohydrates without any fruits or vegetables and still technically be following this macronutrient diet, says Antonucci. A large part of its draw is that nothing is necessarily off-limits, which is a key part of any sustainable diet. But since you're focusing on fitting each food to your macronutrient count and not necessarily on incorporating a variety of healthy foods into your diet, you might be skimping on vitamins and nutrients you need—even if you are losing weight, says Antonucci.

As we mentioned earlier, an eating plan containing carbs, protein, and fat can be helpful for weight loss, but the ratios for this diet are out of whack compared to what most dietitians recommended—which can put your health at risk, says Antonucci.

In fact, the recommended daily protein intake for active people is 15 percent of your total calorie intake, which is way lower than 40, she says. Besides causing your body to store all that extra protein as fat, eating too much of the stuff stresses out your kidneys and causes dehydration, says Thomas.

The diet also restricts fats more than what most experts would suggest, she says. "We usually recommend eating enough fat to make up 25 to 30 percent of your daily calorie intake,” she says. Skimping on fat can make it tough for your body to absorb nutrients, keep you energized, and help you recover from workouts.

Finally, if you love to hit the gym, eating 40 percent of your calories from carbs can mess with your game. That amount, which pales in comparison to the 55 to 60 percent recommended by most dietitians, can make you get tired faster, raise your risk of injury, and decrease your intensity, says Thomas.

RELATED: 7 Nutrients (Besides Fiber and Protein!) That Can Help You Lose Weight

As trendy as the #IIFYM diet may seem and as amazing as those six packs touting the diet's powers look, this eating plan requires too much math to actually keep up in the long-run—and it could leave you malnourished. A better option is to eat a well-balanced diet consisting mostly of unprocessed foods, including all of the food groups and your favorite treats, says Antonucci. 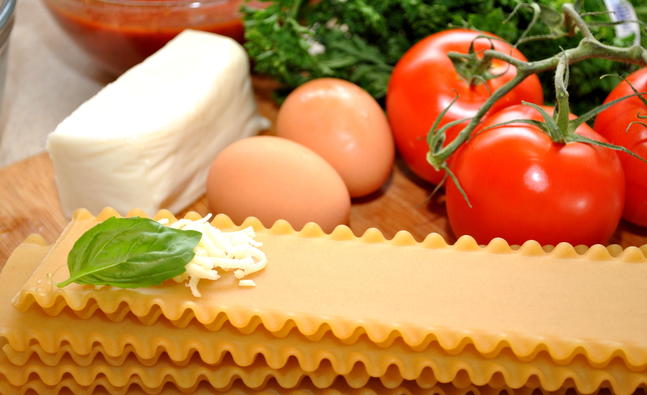 DON'T MISS
The Holiday Treats You SHOULD Be Eating
Simple exercise to beat belly fat
Do this on Sunday to lose weight all week long
News Flash: Food Guilt Can Make You Weigh MORE
Quick tips for WEIGHT LOSS: Take a chill pill
Lose weight by switching from white to brown foods
Healthy Pre And Post Pregnancy Weight Loss Tips
The Maximum Amount of Weight You Could Realistically Gain in One Day
Do this daily for 20 minutes to help shed belly fat
Is stress making you eat more?

5 Diet myths stopping you from getting a flat stomach

What to drink more and less of

How to tell if youre overweight or obese

Cut down on sweetened beverages