PTSD Linked to Food Addiction: What You Need to Know

Food addiction isn’t an established mental health diagnosis—it’s a term used to describe behaviors that involve eating to cope with distress. Why some people become food addicts isn’t clear, but researchers have made an intriguing breakthrough: A new study from JAMA Psychiatry found that women who showed symptoms of post-traumatic stress disorder (PTSD) had a higher likelihood of having food addiction.

Previous studies had observed a link between PTSD and obesity, so the research team set out to investigate if emotional dependence on food had something to do with it. They looked at existing data from about 49,000 nurses who had already been asked about PTSD as well as food addiction at separate times. About 81 percent of the nurses reported experiencing a traumatic event in their lives, and 39 percent said that they had from one to three symptoms of PTSD—which the researchers described as either reliving, being aroused by, or avoiding or numbing yourself to trauma from the past. Eight percent of the nurses also fit the description of food addicts. After crunching the numbers, the researchers discovered that a woman’s likelihood of being food-addicted rose with the number of PTSD symptoms she had. The type of trauma didn’t make a difference, but the timing did: if the traumatic event happened earlier in life, the higher the odds were that a woman would display signs of PTSD.

This is the first study linking food addiction with PTSD, and the authors make it clear that more research needs to be done to find out if one condition caused the other. Ultimately they hope to develop ways to address the higher rates of obesity in women with PTSD, which affects 7.7 million Americans and twice as many females as males, according to the National Institutes of Health. Though the connection to eating habits is still murky, if you think a traumatic event is fueling your unhealthy relationship with food, consider checking in with your M.D. or a counselor. 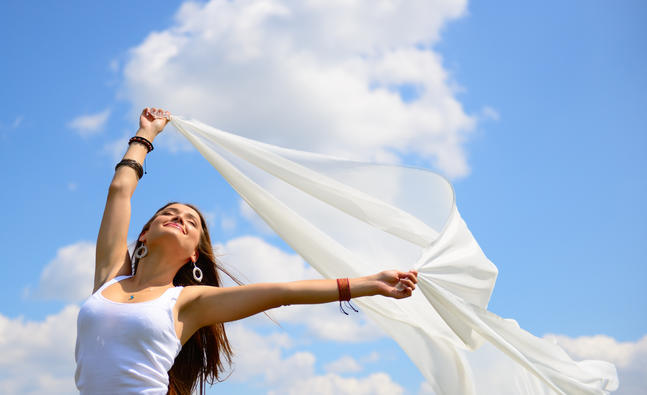 DON'T MISS
Burn calories doing pogo jumps
7 Yummy 100-calorie snacks - so you can have a treat every day
Antidepressants could cause weight gain
Sweat more to burn more calories
Q&A: How Many Calories Does Breastfeeding REALLY Burn?
Expend calories doing two-footed ankle hops
Top 15 Benefits and Uses Of Beetroot (Chukandar) for Skin, Hair and Health
Lose weight by using a wireless headset
Does Teatoxing Work, or Is It Just Another Diet Scam?
How This Former College Athlete Got Her Body Back After Having Two Babies

6 Super snacks of 100 calories or fewer

Why you should rather drink tomato juice than orange juice

Reduce cravings with this smoothie