7 Healthy Ingredients That Are Making You Gain Weight

Feeling bombarded by the onslaught of healthy new ingredients and products that seem to crop up daily, jockeying for your shelf space? Yep, us too. The thing is, some aren't nearly as good for you—or your waistline—as their packaging would have you believe. So we turned to Jaclyn London, M.S., R.D., senior clinical dietician at Mount Sinai Hospital, to shed some much-needed light on which ingredients you should skip if you're trying to drop pounds. Here are the ones she says you should put on your do-not-buy list:

Coconut Oil
Coconut oil has recently become the hottest trend in everything from cooking to beauty treatments, but London cautions that two tablespoons of coconut oil contain about 200 calories and 16 grams of heart-clogging saturated fat (about 80 percent of our recommended daily value!). So if you start using this product regularly without otherwise adjusting your diet, you'll likely start to see weight creep.

Gluten-Free Products
First it was "fat-free." Then, it was "low-carb." Now, "gluten-free" is showing up on all sorts of food products. "There's nothing necessarily healthier about gluten-free pasta when compared to regular pasta," says London. "In fact, it's likely lower in protein and fiber than its whole-wheat alternative." The same goes for breads, cookies, and other products with gluten-free versions. The calorie counts of similar products usually remain the same, but you may eat more of them since gluten-free products typically have a health halo. So unless you're suffering from celiac disease, you're not doing yourself any favors opting for a gluten-free product.

Vegan Cheese
This is another example where you might assume the alternative version has fewer calories than the original—but it doesn’t. "It sounds like a healthier choice, but it still has about 100 calories per ounce, just like regular cheese, and is loaded with fake ingredients such as starch, xanthan gum, and protein isolates," says London. Additionally, you're losing the protein-rich benefit of the real deal: String cheese has eight grams of protein, whereas a serving of vegan cheese contains about one gram of protein—so you won’t even fill as full from each serving.

Agave Nectar
This sweetener is often touted as natural and organic, but pure agave nectar is virtually unheard of. Instead, the bottles you'll find on store shelves are filled with chemically produced syrups that contain more man-made sugar than the dreaded high fructose corn syrup. "The issue is, once it's labeled a healthy food, people use it like it's calorie-free and pour it on everything," says London. "In fact, it has 45 calories per teaspoon." Want something sweet (and waistline-friendly) in tomorrow’s coffee? Try a dash of cinnamon instead.

Tomato Sauce
"Tomato sauce can be a healthy, low-calorie cooking addition, but it's another one where label reading is key," says London. Many tomato sauce brands contain added sugar and tons of sodium—which basically adds up to unnecessary calories and bloating.

Brown Sugar
"Brown, white, liquid—doesn't matter," says London. Sugar is sugar is sugar, and it packs 16 calories per teaspoon. So make sure to be just as mindful when you're adding brown sugar to your coffee as when you’re adding table sugar; otherwise, you could end up taking in an excessive number of calories.

MORE: What It's Like to Go a Year Without Sugar

Carob
Carob is often touted as a more healthful alternative to chocolate, but in reality, it contains the same number of calories (150 per one-ounce serving)—and it lacks the health benefits linked to modest chocolate intake (including lowering your risk of obesity and heart disease). "The only difference is that they are derived from different plants, so carob is caffeine-free, which can be beneficial to people who are sensitive to the stimulant effects of caffeine," says London. But if you're trying to lose weight, you'll want to limit your intake of both carob and chocolate.

MORE: The 5 Best Summer Foods to Detox and Lose Weight 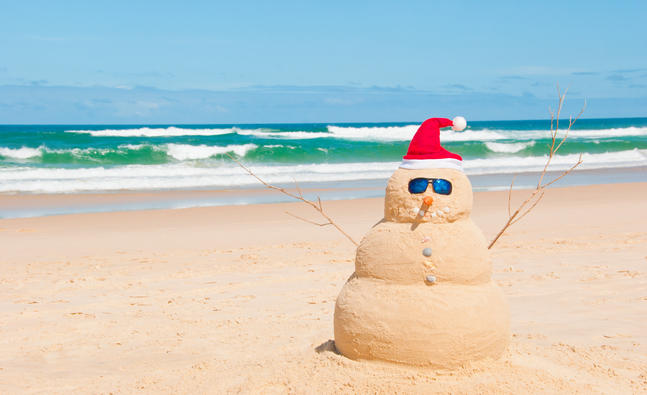 DON'T MISS
Are Your Favorite Shows Making You Gain Weight?
16 Simple Exercises To Reduce Belly Fat
Beat the bulge without breaking the bank
Everything You Need to Know Before Going on a Low-Carb Diet
The Werewolf Diet
Stay up-to-date and lose weight
There’s a New Cure for Double Chins
Eat this to fill up on fewer calories
3 Ways to stop sugar cravings
Quick tips for WEIGHT LOSS: Tummy rumbles

Detox with green smoothies this summer