Why Low-Cal Sections on Menus Can Make You Gain Weight

You know those "light and healthy" sections more and more restaurants are putting on their menus? They could be sabotaging your weight-loss efforts: A new study shows that when restaurants create special low-calorie sections on their menus, people tend to automatically rule out those options.

The results, published in the Journal of Consumer Research, are pretty much a bummer for well-intentioned restaurants: People who ordered off of menus with a special "light" section chose just as many calories as those who ordered off the standard menu with no calorie counts. The people who ordered off of menus with all of the calories labeled—but no special section for the more diet-friendly foods—consumed fewer calories overall. The researchers hypothesize that many people assume the more healthful foods would taste bad or wouldn't fill them up—and those separate menu headings make it easy to dismiss all of them at once.

Our advice? Don't get freaked out or intimidated by these special labels or menus. Healthy food can be super filling and tasty—so just pick the most appetizing thing you see and stop overthinking it! 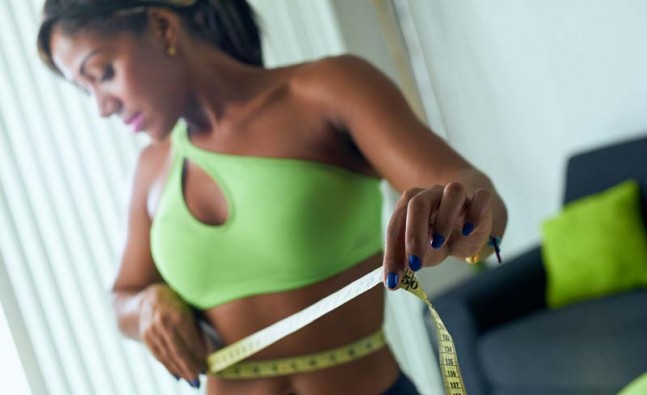 DON'T MISS
Apples and cucumbers may help you lose weight
4 Amazing Diet Recipes For Weight Loss
The Truth About Carb Cycling for Weight Loss
15 Vegetables that burn calories
Are you at risk for obesity?
4 Foods That Burn Belly Fat
Stay on track with this food calorie calculator
Prevent weight gain with cauliflower
10 TIPS ON HOW TO DROP A DRESS SIZE FAST
Make weight loss a family activity

Stay motivated for your next workout