Are Your Weight Loss Efforts Doomed to Failure?

8/17 10:48:19
You want to be successful in weight loss. And to be successful there are two things you absolutely must do. You have to follow these two simple but extremely important points.

Number one is so simple that you might say it is too obvious. Of course a weight loss program will not work if you don't stick with it. But the reality is that a lot of the programs that are popular today suffer from this one point.

Look at some of the most popular current diets: Atkins, South Beach Diet, Ornish, Zone, Weight Watchers, and others. You will see that one major problem is that most people just can't stick with the diet. They might start out fine, but soon they fizzle out.

This has been studied a number of times, and it always comes out the same. Take Atkins for instance. A study by Consumer's Union in June 2005 noted that those on the Atkins program had good results initially but tended to have more difficulty staying with the program than people who were on other programs.

The New England Journal of Medicine came to the same conclusion. Researchers at the University of Pennsylvania found that people had good results with Atkins at first but at one year the weight loss was minimal. (A randomized trial of a low-carbohydrate diet for obesity. N Engl J Med. 2003 May 22;348(21):2082-90.) Most people just could not stick with the program long-term.

The high-fat low-carbohydrate diets all have this in common-people have a hard time staying on them for a long time. One of the main reasons is that people just don't feel well after a while on these programs. Physically, they don't feel well.

I have found this to be true in my own research. Patients are not able to stay with a high-fat low-carbohydrate diet for the long run. And I have never seen a patient who got lean, fit and healthy on the Atkins program.

They lose weight easily at first. But then they go back to their old habits and gain the weight back. They usually gain back more weight than they lost. Then they try it again after a year or so. They lose again, but not quite so well the second time or the third time.

Many of them never lose confidence in Atkins, because they did lose some weight, after all. But the weight loss is not permanent, because it is not a sustainable program for the vast majority of people.

Many companies have learned this lesson when they try to introduce new foods to a market. The food that is a great success in one region is a flop when they bring it to another region of the country. It doesn't taste right to people. It is not what they are used to eating.

It is the same when you are trying to lose weight. Are you going to give up the smoked ribs you love? Are you going to pass up turkey and stuffing on Thanksgiving when you have been eating it all your life? Or mama's meat loaf?

No, you are not. You are not going to give up your favorite foods, whatever they are. And when you do go off your "diet" and eat these things, you will probably feel like you failed, get discouraged, and go back to your old habits. And that will be the end of your weight loss efforts.

But you shouldn't have to give up the foods that you love. If you have a properly designed program you will be able to eat the foods you have always eaten and still take the weight off.

The key then to long term weight loss is not to jump on the latest bandwagon, or to follow the latest trend. And it is not to take any diet to an extreme, by eliminating or severely restricting food groups in your diet. That is a recipe for failure.

The only successful method in the long run is to incorporate the foods that you like and that you are used to eating into a nutrition plan that you enjoy, that works for you, and that you can stick with. 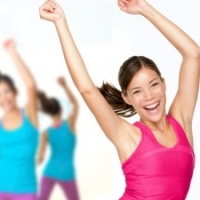 Self Hypnosis For Weight Loss – Does It Work?

How Does The HCG Diet Work?

How Much To Join Zija