8/17 10:47:58
A recent study revealed surprising facts surrounding low-fat weight loss diets and their believed benefits relating to heart disease and cancer. A study completed by the Women's Health Initiative (WHI) and Stanford University determined that a low-fat weight loss diet, in itself, is not sufficient in greatly reducing the risk of cancer and/or heart disease in women. Research officials determined that a decrease in saturated and trans fats may offer more convincing results.

Of the approximate 49,000 women subjects, 40% were instructed to maintain a low-fat weight loss diet, which required them to reduce their fat intake down to 20% of their total calorie consumption. They were also instructed to eat fruits and vegetables on five or more occasions during the day, in addition to six servings of grain. The other 60% of women participants were named as the comparison group and were told to maintain their current eating habits.

During the study, Women's Health Initiative researches noted that some of the low-fat weight loss diet candidates failed to meet their required 20% fat intake. A recent news report, which was released from Stanford University, detailed the facts that researchers believed women who wish to maintain a healthy lifestyle may wish to consider a well-balanced diet that is low in both saturated and trans fats while, at the same time, remained a diet rich in vegetables and fiber. According to the release, this type of diet would take the place of one that is directed solely toward the goal of low-fat food consumption.

"Just switching to low-fat foods is not likely to yield much health benefit in most women," commented Marcia Stefanick, PhD, professor of medicine at the Stanford Prevention Research Center and chair of the Women's Health Initiative steering committee. "Rather than trying to eat low-fat, women should focus on reducing saturated fats and trans fats."

This article is intended to be used for informational purposes only. It is not to be used in place of, or in conjunction with, professional medical advice or a nutritionist's recommendation. Prior to beginning any dietary program, including a weight loss diet, individuals should consult a physician for proper diagnosis and/or an appropriate path toward their individual goal(s).
Men Lose WeightWomen Lose WeightWeight Loss ArticlesLow CarbAbout TipsWeight Loss Management
Related Articles 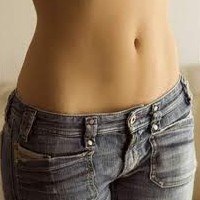 Lose Weight After Pregnancy - Follow These Key Dos And Donts