8/17 10:45:42
So you decided that you want to lose weight, you already know that you need to cut down on your calories by doing exercise or lowering the amount of food you eat, but what you should know is that it's your diet that's going to decide if you're going to lose weight. There are certain types of foods that are filled with sugar and fat that have zero nutritional value and are just empty calories. Here are the foods you should always avoid if your goal is weight loss.

White bread - most people can't imagine eating their breakfast without their toast, their hamburgers without their buns or simply wrapping their chicken in a white bread pita. What they don't know is unlike whole grain breads; white breads have been stripped of their nutritional value. Not only that, but because of heavy processing, white bread is equivalent to table sugar: it has a very high glycemic index close to glucose.

Table sugar - not only the table sugar you use to sweeten your morning coffee, but all candy, chocolate, soda and other sweets included. Table sugar, which is actually a 50/50 mix of fructose and glucose, has zero nutritional value and just a bunch of empty calories which will increase your blood glucose levels and force the body to release large amounts of insulin. Not to mention all the damage it can cause to the body.

Fried foods - all fried are bad for weight loss. First of all, they're mostly fat because of all the oil, which is mostly saturated and trans fat and they're high in calories. Second, because of the extreme heat when frying, it destroys EFA's (essential fatty acids) which are fatty acids that the body can't produce on its own and actually help with weight loss.

Doughnuts and other pastries - Imagine a bagel made up of white flour, deep fried and added with sugary toppings; that's how bad doughnuts are. Doughnuts are very calorie dense, high in saturated/trans fats and have a lot of sugar in them which is the complete opposite of what you want in a food when your goal is weight loss.

Ice cream - much like doughnuts, these are also very bad for you, but they can actually be worse because of the fact that they're extremely calorie dense. One cup of regular vanilla ice, which is a small serving for most people, has over 360 calories and half of those calories come from fat that are mostly saturated. The more tasty ice cream flavors contain a lot more calories, so you won't realize it but the time you finish your "little" snack, you'd have consumed close to 1000 calories.

Bacon, sausage - even though people have made this a standard feature for their usual breakfast, they fail to realize is that almost all the calories in these types of foods come from fat.

You can still eat these foods from time to time as long as it is not a big part of your diet and that you watch your serving size. But for everyone who wants optimal results, it is always best not to include these types of foods.
Men Lose WeightWomen Lose WeightWeight Loss ArticlesLow CarbAbout TipsWeight Loss Management
Related Articles 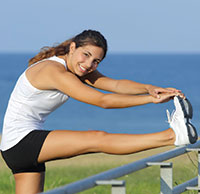 How To Lose Weight Quickly Without Any Temptations?

How the Pros Curb Food Cravings