8/17 10:43:42
When people try to work out why diets almost inevitably fail other than in the short-term, they usually concentrate on the biological fact that the body will rebound with stored weight after it suffers food deprivation.

That theory is now so well-tested as to be certainly true to some degree. Accurate though it is, actually it is only of secondary value in explaining why obsessive dieting not only persists within our culture but is in fact on the rise.

The fundamental answers lie in the mind and until dieters are helped to unpick and re-frame the influences that trap them within anxious minds and overweight bodies, the only thing that will change is the name of the next fad diet.

At The Weight Foundation we have launched an awareness campaign concerning a disturbing escalation of the Food Industry's hard sell, which we call Meal Stealing. Extra pressure is piling up on the millions of people already suffering confusion and panic regarding what they should do next about their growing dieting and weight worries.

And the attack on promoting unhealthy habits coincides with the release of our new 3 Small Steps self-help system, designed to be a collaborative solution towards assisting problem dieters worldwide to regain self-control against all of the influences supporting obsessive dieting.

Meal Stealing is a dramatic way of visualizing the commercial pressure creating the dieting culture, with strong emotional and cultural pressures completing the dieter's unholy trinity of beliefs and behaviors.

Consumers are used to seeing sex, fashion, love and status being used to sell food - and the food companies can and will quite naturally do everything within the law to promote themselves.

However, we are now seeing more and more attempts not just to squeeze certain foods on to the menu but also to force themselves further in as major dietary staples.

In the States, where snack food and out-and-out junk has for a number of years sought to displace traditional and balanced meals from the household menu, the trend is even more advanced than it is the UK - but this market is rapidly catching up.

The Weight Foundation identifies three specific areas which illustrate the trend. The first concerns breakfast cereals, the advertising of which has traditionally been about the choice of start-up fuel early in the morning. However, many commercials now present packaged cereal as an all-day food option.

Another example is the attempted re-branding of flavored noodles from being a snack into the status of a traditional food staple. This is a progression down the same road already well-traveled in the US, where a TV dinners mentality has become semi-legitimated by time alone.

A third area is that of convenience shopping. A typical example is that of the multi-role juggling of a modern homemaker. Her delayed and late evening food is shown as something like ice cream or chocolate, or even alcohol in place of food altogether, naturally on special offer that week in her local convenience store.

The Weight Foundation does not support suggestions that the law should be changed to clamp down on food advertising, concentrating instead on developing strategies to assist individuals to make more informed choices about their eating habits and lifestyles.

The answer must also be found in tackling something the registered charity has identified as Diet Shock, which is the distressing uncertainty of many persistent dieters whose natural instincts have become paralyzed by an overload of conflicting and frequently bad dieting advice.

Seduced away from conventional eating by advertising on the one hand and bamboozled on the other by the ceaseless tide of eating and dieting advice, many people have simply lost a clear picture of how to feed and care for themselves.

The Weight Foundation already publishes online its highly popular The Hardcore Dieting Index free self-test questionnaire, helping dieters to assess their personal behavior. Feedback from many long-term dieters in several countries has allowed the refinement of a fresh methodology to tackle unhealthy obsessions with eating, weight-loss and self-image issues.

These ties are identified as the emotional, the cultural and the commercial pressures which make Hardcore Dieting - the Manchester UK-based charity's term for persistent and obsessive dieting - so rampant in the West. Many experts now acknowledge that repeatedly failed dieting is a contributory factor to the Obesity Endemic. The growing frustration and disillusionment with dieting approaches stems from their inability to address these wide-ranging underlying concerns.

Ignoring any one of them will almost certainly condemn a problem eater to weight-control failure.

Dieters are invited to question closely what they are using food for. Is it a substitute or a comfort for other factors in their lives? Emotional over-eating is thought to be a significant contributory factor in many cases of long-term obesity.

On the cultural front, persistent dieters are asked whether they are unthinkingly buying into a cult of excessive thinness, or following the herd instinct in the stampede from one fad diet to the next.

Everyone thinks they operate as individuals but, in fact, we are all under great pressure to conform. For many women that can mean aspiring to excessive thinness, which in many cases is sure to lead to a rebound from self-deprivation into overeating and even greater misery.

Less widely appreciated than the unrealism of waif-thin icons is the need women especially feel to be involved with dieting - the need to fit in with your friends and society generally by being able to talk, live and suffer it. Hardcore Dieting has sadly become for many a rite of passage into womanhood.

The 3 Small Steps approach to the commercial pressures to eat abnormally or diet is to ask "Who's stealing my meals?" and to refuse to be dragged from a natural and normal eating rhythm.

All the calorie-counting and all the BMI charts in the world cannot teach what actually matters. The difference between a lighter, happier person and a heavier, unhappy one is that for the latter food is a major and dominating issue.

Mind-shifts do not happen on paper charts, or through contrived and unnatural diets. Changes of attitude occur in the mind and that is where the battle over dieting and obesity is wo
Men Lose WeightWomen Lose WeightWeight Loss ArticlesLow CarbAbout TipsWeight Loss Management
Related Articles 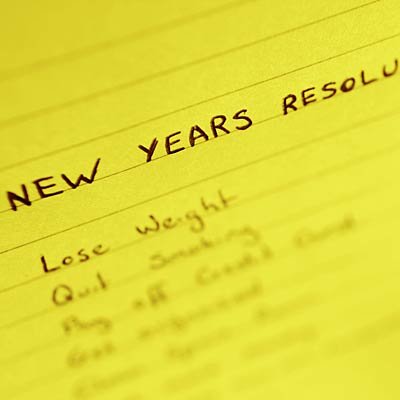 The Promise of HIGH Satiety