8/17 10:43:04
Want to lose weight but refuse to lose the carbs? According to the creator of the South Beach Diet, you don't have to! Dr. Arthur Agatston says there are good carbs and bad carbs, as well as good fats and bad fats. By sticking to the right fats and carbs, you can lose weight. Agatston is a cardiologist, and the diet started as a program he created for his heart patients. According to Agatston, he began to notice not only increased health in his patients, but also a decrease in weight.

One reason people like the South Beach Diet is its relative simplicity-no calorie counting or weighing your food. Instead, the diet is divided up into three phases. During each phase, you can eat three meals and 2 snacks a day. Supposedly, successful South Beach dieters can lose anywhere from 8 to 13 pounds in about 2 weeks. Advocates of the diet say that most of the initial weight loss comes from your tummy-an added bonus to most people looking for a good weight loss plan.

Phase one: This phase lasts 2 weeks. Phase one is supposed to "retrain" your body's cravings, helping you desire foods that keep you fuller longer. You're eating three meals a day, and as long as you're eating the phase one-approved foods, you can eat until you're satisfied. Here's what folks in phase one of the South Beach Diet are munching on:
- Beef
- Chicken
- Turkey
- Fish
- Vegetables
- Eggs
- Salads
- Nuts
- Cheese
During phase one, you can drink as much tea and coffee as you want. Of course, you should also be drinking lots of water.

Phase two: This phase has no set period of time. Instead, you stay in phase two until you've lost as much weight as you want. During phase two, you can add some of the foods that were off limits during phase one. Indulge in the occasional piece of chocolate cake, but do so in moderation.

Phase three: You'll enter phase three after you've reached your goal weight. According to the South Beach Diet plan, you basically stay in phase 3 for the rest of your life. By now, the diet is supposed to have permanently changed your eating habits. You can even start to eat some of your favorite foods that were forbidden in phases one and two. If you feel yourself getting off track, start back up with the principles you learned from phases one and two.
Men Lose WeightWomen Lose WeightWeight Loss ArticlesLow CarbAbout TipsWeight Loss Management
Related Articles 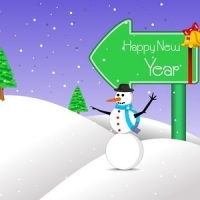