8/17 10:41:53
Last week the New England Journal of Medicine published a study that caused low-carb diet fans to raise their arms in victory. However, a closer look at the study should put a damper on their festivities.

Well, there are several problems here. The first and most blatant one is that a finding of 'equal risk' for the high protein diet is certainly not the same as the claim that it is 'heart healthy'. This is just over-hyping the findings.

The second major problem is that the study did not separate out good carbs from bad carbs in the group comparisons. So, nurses that ate a lot of white breads and cakes would be put in the same group as those that ate high fiber, whole grain carbohydrate sources. This is a major confound that cannot be overlooked. I have talked about the glycemic index in previous articles and putting low and high glycemic carbohydrates into the same category is sure to have a dramatic impact on the study's conclusions.

The Glycemic Index links to risk for Heart Disease

To revisit the glycemic index briefly, it is essentially a measure at how fast a food burns and increases your blood sugar. High glycemic foods that contain a lot of simple sugars or highly refined flours (white breads, white potatoes, sugary cereals, etc.) spike your blood sugar very fast. Atkins dieters are doing the right thing to avoid these. However, low glycemic foods that lack simple sugars and contain complex carbohydrates and high fiber (whole grain breads, fruits and vegetables, etc.) increase blood sugar very slowly. These should not be lumped into the same category as their high glycemic counterparts.

Another problem with many of the media reports is that they ignored a couple other findings within the study. First, although the study did not separate out high and low glycemic carbs for the point of the group analysis, it did associate overall glycemic index with heart disease risk for subjects overall. They found a strong correlation between the glycemic index of a subject's diet and their risk for heart disease. This supports the notion that low glycemic, fiber-rich carbohydrates are good for your heart. Second, the authors also found that people on a high protein diet who ate mostly vegetable sources of protein also had a reduced risk of heart disease. Vegetable protein is not accompanied by the saturated fats found in animal sources of protein. Again - points conveniently ignored by Atkins fans, given their advice of minimizing fiber-rich carbohydrates, fruits and vegetables.

The Good, the Bad and the Unwilling

The bottom line is that Dr. Atkins did a great thing by waking up the world to the dangers of high glycemic carbohydrates. However, we now understand that a carbohydrate is not a carbohydrate - there are good ones and bad ones. We also now know that fat is not fat - there are good fats and bad fats. And the source of protein you choose largely dictates which type of fat you are mostly getting. Atkins supporters would do well to acknowledge these recent understandings and moderate their high animal protein intake.

It all comes back to listening to your common sense. Don't buy into fad diets that go against a millennia of common sense. I had a problem with the Atkins diet from day 1 because it just didn't make sense to me to limit fiber, fruits and vegetables. Yes, people have lost weight on this diet but it is not a long-term healthy solution. It's unfortunate that this recent scientific report was over-interpreted and exploited to re-push the Atkins agenda. 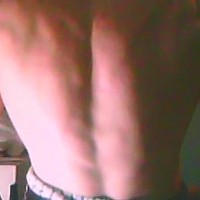 DON'T MISS
Fat Burning Furnace Rob Poulos
Fatburningfurnace.com/howididit
Imagine Yourself Filled? - Will Be Possible!
Mistakes That Dieters Makes
Fatloss4idiots Diet - A Review
Everloss - Gained Weight Again? Check Out This Meal Weight Loss System!
How To Lose 7 Pounds In 7 Days With A 100% Guaranteed Step By Step System! - The Secret 2 Fat Loss
What Does Fat Burning Furnace Do
How to Get Rid of Your Stomach Fat
Why Having a Weight Loss Coach Is So Important

Which Foods Burn the Most Fat?

Get a Killer Beach Body in Just Four Weeks