The Truth About Weight Loss Products!

8/17 10:41:14
Let's take a look at the 'big picture' in the world of fitness and weight loss products and use a little common sense. You'll see there's something wrong with the picture in each case.

1. There are more fat-free/low fat foods, health clubs, diet centers, exercise equipment options, and "miracle drugs" than ever. With several options available, you'd think that obesity would be all but obliterated as an epidemic problem. Why is it, then, with the continually increasing fitness options, the problem of obesity is at an all time high, and going HIGHER??? More gyms, diet centers, equipment, diets, etc., and we're getting FATTER???

2. Millions of dollars are spent on research to stimulate "fat gene" without any significant outcome. Many studies of fat loss products "seem to suggest," "may indicate," and "may contribute" to fat loss. This sounds pretty indecisive. Scientists are trying to find a fail-proof way for us to bodies to melt off fat without exercise or eating well, while it seems as though they're forgetting that Americans are consuming over 150 lb. of sugar PER PERSON per year!

While the search for the fat gene continues, Americans are causing their bodies to hold on to their fat stores. This is due to the hormonal changes that sugar brings about, namely insulin. Each one of us has the ability to improve our fat-burning abilities if we just get a grip on our ineffective nutritional habits and start feeding our bodies in a supportive way. The truth is, it's easier and cheaper to buy 'sugar laden' foods than ever before.

3. Not enough emphasis on bone-building, metabolism-boosting, body shaping, lean muscle mass. In their 20's - 30's, American women lose somewhere between 5-10 lb. of muscle. Plus, the average woman's fat accumulation ranges between 15-30 lb. As a man enters the senior years, he often has less than 70% of the muscle he had at 25. Despite OVERWHELMING evidence to support that weight training (at ANY age) can stop and even reverse this deterioration, most Americans who begin an exercise program choose more aerobic activity and neglect the muscle-saving, metabolism boosting, fatigue-fighting strength training. Excessive aerobic exercise can actually waste away muscle.

4. Over-promising and under-delivering. Many of the claims made on these cleverly calculated fitness gadget infomercials are not only misleading, but they are often not even possible with the equipment being marketed. It is simply not possible to exercise 4 minutes a day to get the body you want.

5. If something is sold in a health food store, shouldn't it be healthy? Some over-the-counter "fat burners" are actually addictive drugs that, if misused and abused, can lead to seizures, stroke, and death. 6. Some programs still advocate dramatically restricting calories. Consistently reducing calories to an intake below the body's basal metabolic rate can slow the metabolism and bring about chemical changes that lead to additional storage of fat. Training the body to process food frequently is a factor in speeding the metabolism. Americans, by cutting back on calories, are sabotaging their potential for ever becoming lean. You'll be amazed at how much you really can eat, and still get lean - permanently.
Men Lose WeightWomen Lose WeightWeight Loss ArticlesLow CarbAbout TipsWeight Loss Management
Related Articles 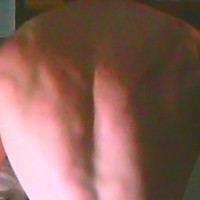 Bree Boyce: From Self Deprecating Comedy To Health And Fitness And More

7 Easy Ways to Lighten Up Your Snacks