8/17 10:37:58
Well here it is, April Fool's Day. The day when all sorts of practical jokers come out and try to out-do each other with their pranks. Well, here is the scenario for someone, we'll call Jean, and many people like her. Jean has been struggling with her weight for years now. She wants desperately to lose this weight that has accumulated over time, but it just doesn't happen. Each year she makes a New Year's resolution to lose the weight and try the great new fad at the time. After three months of the successful following of the new fad, it is April 1 and she is utterly disappointed to find that no weight has been lost.

One year, Jean read up on the great new supplement called Fatbegone (the name has been changed to protect the guilty). All you had to do was buy this supplement for the price equivalent to a small car and take these horse tablets three times a day. There was only a 20 day supply in the bottle, so Jean had to continually re-order because it promised weight loss after 90 days. If you stopped at any time in the process, Fatbegone would not work. It also failed to mention about the side effects such as dizziness, cramps, and flatulence, but it was worth it, Jean thought. April Fool's Day arrives and shockingly no weight has been lost. It couldn't possibly have been the Fatbegone, look at the pictures in their promos. They wouldn't lie, so she must have taken it wrong. Darn.

The next year, Jean tried to follow the new fad diet book entitled, Fat Fat Go Away (once again the title has been changed to protect the guilty). The premise of the book was to eat all these odd foods that barely added up to 1000 calories. This new book also promised that after 90 days you will have lost weight just like the people pictured in the book. In order to follow the strict diet, she also had to purchase the special foods that the book's author had created. Special foods you could only get through the company food store. These foods tasted alright, but every now and then she would crave some real food and splurge. The guilt would kill her, but she continued on with the diet. April 1 rolls around and this time she lost 3 pounds and felt miserable. Jean rationalized that she was on her way to success until she had her one or two splurges and that threw off all the weight she had lost. Fat Fat Go Away wouldn't promote false truths. It had to have been her, Jean thought.

The next year, Jean purchased the Fat Search and Destroy exercise equipment (this item is completely made up). Jean watched the 30 minute infomercial and witnessed how it completely destroyed all the fat on the bodies of the participants. They look like they were chiseled out of stone. So in three easy payments, Jean was able to acquire this piece of equipment and let it do its thing. It didn't look like the sturdiest piece of equipment and boy those electro shocks really hurt sometimes, but the fat was going away. Or so she thought. April Fool's Day comes at her again, and unfortunately, no weight loss. But this time, she heard people laughing at her. She swore she heard someone or something laughing at her saying April Fool's.

Jean was right. It is the manufacturers and people behind all these weight loss gimmicks that were laughing at Jean. They were taking her hard earned money and living the good life while she continued to struggle with her weight issues. Well, Jean had had enough and said the jokes on you.

This year, Jean hired a personal trainer who was knowledgeable and had clients that were extremely satisfied with their health and fitness results. She realized that there was no quick fix to her weight loss problems. She would have to re-arrange her lifestyle so that she adhered to the proper principles of nutrition, cardiovascular, and strength training exercise. This time come April Fool's Day she had lost 20 pounds. It wasn't the weight she was hoping to lose, but it was a start. A start she knew was slow and steady; the right way to lose weight. She understood that this was going to be a lifestyle change and that she would hit her weight loss goal in time and keep it off. Her big April Fool's Day prank was joining others in a corporate lawsuit against these nasty manufacturers for making fraudulent claims. Who's laughing now!!
Men Lose WeightWomen Lose WeightWeight Loss ArticlesLow CarbAbout TipsWeight Loss Management
Related Articles 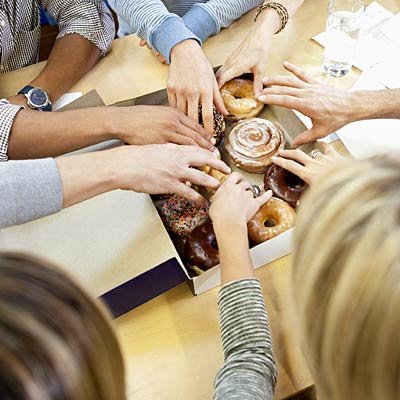 How To Lose Belly Fat Naturally And Without Surgery