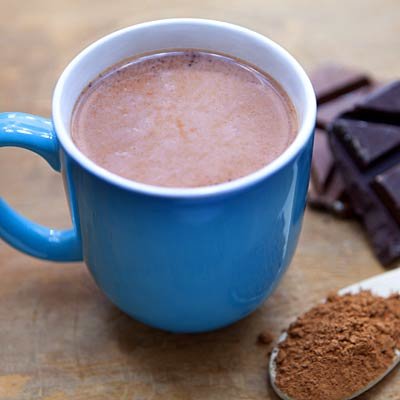 Cocoa is packed with antioxidants, which reduce your levels of cortisol, a stress hormone that causes your body to cling to belly fat, says Tara Gidus, RD, a nutritionist based in Winter Park, Fla. In fact, one Cornell University study found that the concentration of antioxidants in hot chocolate is up to five times greater than it is in black tea. Hot chocolate's combination of carbs and protein can also help your muscles recover faster from a tough workout, according to research in the International Journal of Sport Nutrition and Exercise Metabolism. Adding a dash of cinnamon boosts your treat's health benefits even more—it contains compounds that keep insulin out of the blood stream and from storing fat, says Gidus. 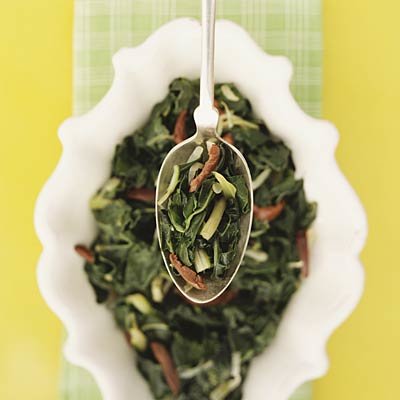 A single serving of this hearty veggie adds up to a mere 46 calories. A serving also packs more than your daily-recommended doses of vitamins A and K, which can strengthen your immune system for a healthy metabolism, says Jonny Bowden, PhD, a nutritionist and the author of The 150 Healthiest Comfort Foods on Earth. Plus, a cup of collard greens contain 7.6 grams of belly-filling fiber. Research from the US Department of Agriculture shows that eating fiber-rich foods can lower your body's absorption of calories from carbs. 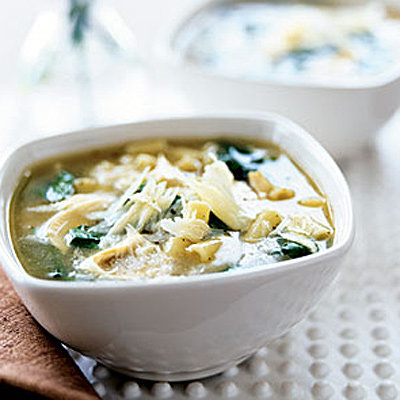 "People who eat a broth- or vegetable-based soup before their meal consume fewer calories overall," says Rania Batayneh, MPH, nutritionist and author of The One One One Diet. "The water in the soup helps fill you up and boosts satiety, and just the act of eating soup helps slow your eating down so that your body has time to notice feelings of fullness." One Penn State study found that people who ate soup before digging into their entrees reduced their total calorie intake by 20%. Plus, chicken noodle varieties pack the protein, vitamins, and fiber you need to rev your metabolism even after your meal.

Watch the video: How to Make Chicken Noodle Soup With Spinach 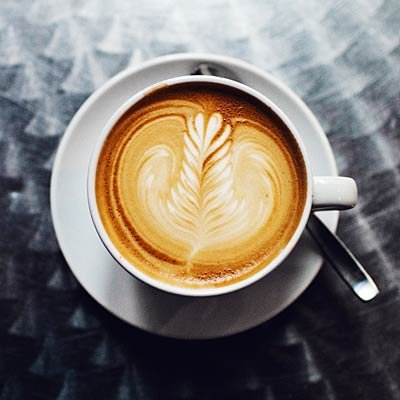 Your old friend joe can boost more than your mood. It can also boost your metabolism, thanks to a healthy dose of the antioxidant chlorogenic acid (CGA), which increases your body's use of fat for energy, Bowden says. Research has also shown that the chemical compound can slow the release of glucose into the bloodstream after a meal while lowering insulin resistance to prevent weight gain. Opt for the strong stuff: Several recent studies have found that caffeine in small doses before exercise can improve performance and help your muscles recover in record time. 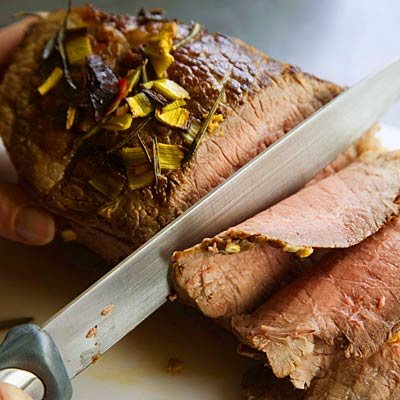 The moment protein passes your lips, it starts fighting fat. Your body has to work harder to break down protein and use it for energy, which means you burn more calories as you digest it, Gidus says. It also takes more time to leave your stomach, literally keeping your belly fuller for longer. In one study published in the journal Nutrition Metabolism, dieters who increased their protein intake to 30% of their total diet ate about 450 fewer calories a day. Over 12 weeks, that equals 11 pounds lost—without doing anything else! 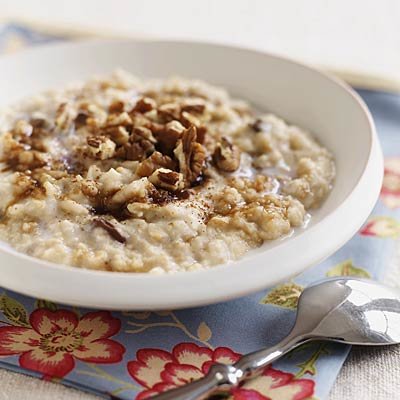 One cup of warm, gooey oatmeal contains 4 grams of fiber and 6 grams of protein, a combination that slows the digestion of carbs, reduces your insulin response, and keeps you fuller for longer, says Batayneh. In fact, a study published in the European Journal of Clinical Nutrition evaluated 38 common foods and found that oatmeal was the third most filling. When possible, opt for steel-cut oatmeal, which goes through less processing than other varieties and as a result has a lower Glycemic Index score, a measurement of how much a food increases your blood sugar. 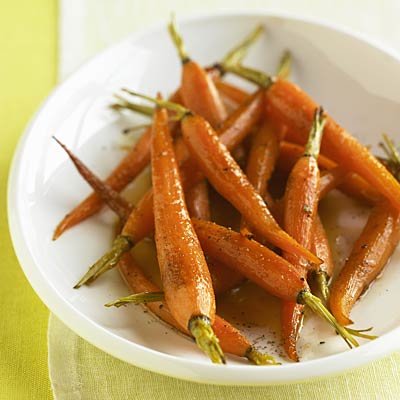 As a side or mixed in with your favorite meats, the high water and fiber content in carrots fills you up fast. Roast them for a better calorie burn: University of Arkansas researchers found that carrots roasted at 104 degrees contain three times as many antioxidants as raw carrots. 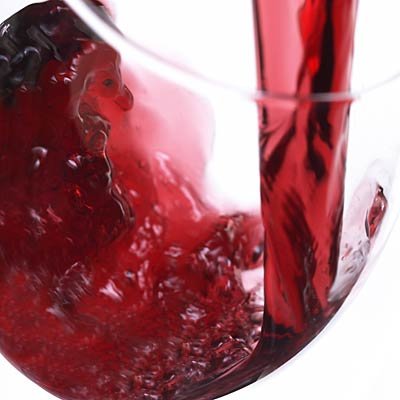 In addition to being a heart helper, red wine may be a weapon against excess weight. A 2009 report from the University of Ulm in Germany suggests that resveratrol—the renowned antioxidant found in grape skins—inhibits the production of fat cells. What's more, a substance found naturally in red wine called calcium pyruvate helps fat cells burn more energy, says Gidus. Meanwhile, in a 2011 study published in the Archives of Internal Medicine, women who had one or two drinks a day were 30% less likely to gain weight than teetotalers. So drink up, but stick to just one glass—each 6-ounce serving contains about 150 calories. 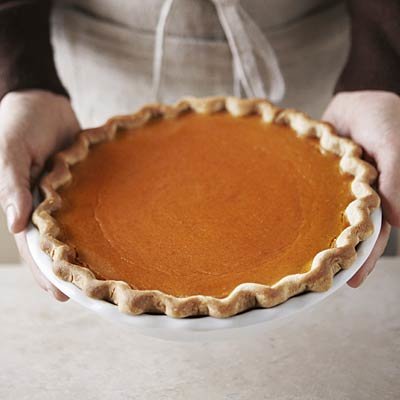 Don't let the pies fool you. One cup of this good-for-you gourd contains a mere 46 calories and 3 grams of fiber, according to the USDA. Plus, pumpkin is an excellent source of the antioxidant beta-carotene, which fights the oxidative stress and inflammation in the body that's linked to increased fat storage, Gidus says. 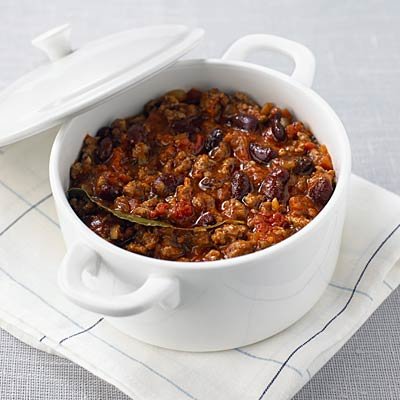 If soup is filling and protein builds muscle, then chili has all that and more. The combination of the fiber from the tomatoes and the protein from the beans and beef and prevents overeating. Plus, capsaicin, the compound that gives cayenne, chili peppers, and jalapeños their heat, can also torch fat, says weight-loss specialist and board-certified internist Sue Decotiis, MD. Spices trigger your sympathetic nervous system—which is responsible for both the fight-or-flight response and spice-induced sweating—to increase your daily calorie burn by about 50 calories, she says. That equals about 5 pounds lost over a single year.

Try this recipe: Chili from Scratch 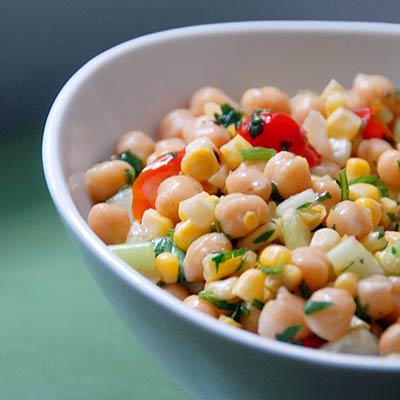 Whether you call them garbanzos or chickpeas, a half-cup serving of these hearty legumes provides about 40% of your daily protein needs and 70% of your daily fiber intake, helping to stabilize blood sugar, control cravings, and prevent overeating, Gidus says. They're also a great source healthy unsaturated fats that can whittle your waistline. A 2009 study from the University of Newcastle in Australia found that participants who consumed the most unsaturated fats had lower body mass indexes and less belly fat than those who consumed the least. 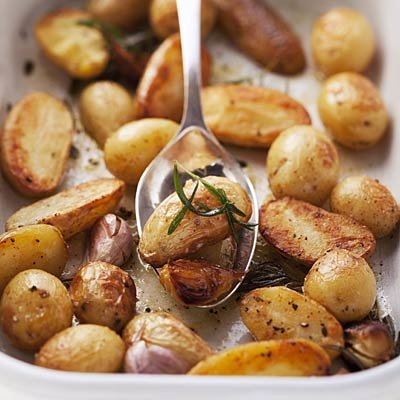 Spuds don't have a waist-friendly reputation, but they're actually full of nutrients, Gidus says. "White foods contain the disease-fighting chemical allicin," she says. "This chemical, also present in garlic, has been shown to fight inflammation in the body, contributing to smaller waistlines." Plus, research shows that calorie for calorie, white potatoes are more satisfying than any other tested food. 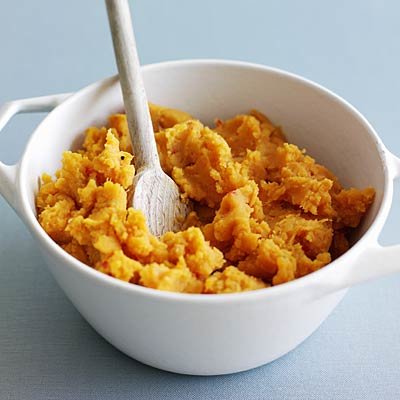 Eating sweet potatoes can prevent sugar from getting stored around your waistline as fat. How? Sweet potatoes are rich in carotenoids—the orange and yellow pigments in plants that help the body respond to insulin—as well as CGA (also found in coffee). Carotenoids and CGA slow the body's release of glucose and insulin, says Bowden. Plus, sweet potatoes are filled with fiber, which slows digestion and prevents blood sugar from plummeting—and your hunger from spiking. 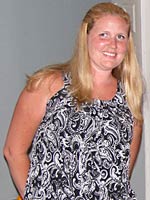 DON'T MISS
Mind Over Matter: Key Strategies for Weight Loss Success
Why you need to Choose a Designer Tennis Bag
Weight Loss - Diet & Exercise
Get Rid Of Fat Belly
Some Easy Weight Loss Tips That Helps You to Reduce Extra Weight
Cardio Exercises At Home, You Need More
Wonderful Foods that Helps in Burning Fats in A perfect Diet
Can You Achieve Long Term Weight Loss By Dancing?
A Weight Loss Secret - The Art of Detachment!
Why Does the Weight Come Back?

Moving Beyond Diet Foods: Discovering What Best Fuels Your Body