The Role of Calorie Counters in a Weight Loss Plan

8/17 10:35:09
When developing a weight loss plan, common wisdom calls for the use of calorie counters. However, there is evidence to suggest that calorie counting may not necessarily be all that useful, and may actually lead to frustration.

In the science of physics, a calorie is a very exact measurement; generally, it is the amount of heat energy required to raise one kilogram of water (a little over a quart) by one degree Centigrade (1.6 degrees Fahrenheit). Unfortunately, when it comes to the issue of diet and nutrition, calories can serve only as a rough approximation.

It's easy, for example to say that running x number of miles will burn x number of calories, or that z amount of Food y contains x amount of calories. However, when it comes to living organisms, no two are exactly alike. The ideal weight loss plan is specifically tailored to the individual.

It's interesting to note that the people of France are not calorie counters. Yet, the French eat far more in the way of fat that Americans do. Despite this, obesity in France is rare. Why is this?

Dr. Will Clower, author of Fat Fallacy (New York: Three Rivers Press, 2003) suggests that it has more to do with overall lifestyle than calorie counting.

Despite the fact that they share relatively few of the rewards, Americans are the most productive, industrious and driven workers in the world. Americans define themselves by what they do; in addition, most Americans are under heavy financial and career pressures because of a dysfunctional economic system that actually penalizes workers while rewarding an investor class that produces nothing, yet enjoys most of the fruits of American workers' labor. As a result, mealtime for most Americans is a race to shove as much food as possible down their throats before going back to work.

In France, mealtimes are a leisurely celebration; lingering over lunch for an hour or two and then taking another hour off before returning to work is normal (in fact, in the rest of the world, business ceases between 12 noon and 3 PM). Now, you may have heard of an interesting phenomenon: regardless of how much or how little food is consumed, the brain generally receives signals from the digestive system that the stomach is full!

The fact is that eating whole, satisfying, nutrient dense food at a slower pace is what keeps French waistlines in check. There are no weight loss plans, and no calorie counters.

There is a lesson here. While it may not currently be possible for most Americans to enjoy an hour for lunch or supper (though it is something that we should fight for), it is quite possible that slowing our pace of eating - combined with a reasonable amount of physical activity - can be the most effective weight loss plan of all.
Men Lose WeightWomen Lose WeightWeight Loss ArticlesLow CarbAbout TipsWeight Loss Management
Related Articles 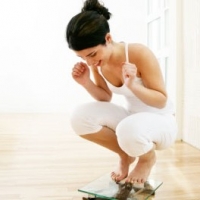 DON'T MISS
Weight Loss Program - Strategies You Cannot Afford To Miss Out If You Want It To Work
How 7 Steps Help A Man To Lose His Weight
The Diet Alternative Diane Hampton
Increase Natural Hormones to Lose Weight Fast
Nuratrim can help you lose weight
Weight Loss Tips for Kids
The My Alli Weight Loss Plan
How To Lose 5 Pounds In A Week The Best Way
Fat Burning Furnace And Reviews-Fat Burning Furnace Review
Lose 7 Pounds Starting Today By Using This Simple, Secret And Effective System! - The Secret 2 Fat Loss

How To Break A Weight Loss Plateau 101

The Truth About Flat Abs: Why It Might Be Harder To Get Them Than You Thought

Lose The Baby Weight: Get A Better Body After Baby