The Best Ways to Boost Your Metabolism 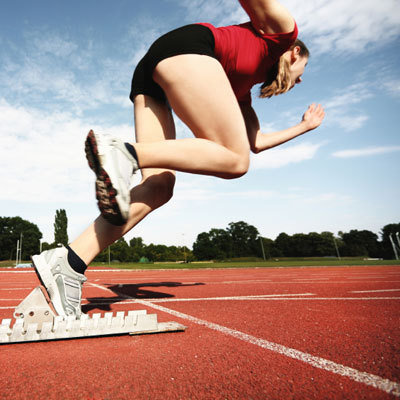 Kick it up a notch

The next time you run, swim, or even walk, ramp up the intensity for 30-second intervals, returning to your normal speed afterward. Using this strategy will help you consume more oxygen and make your cell powerhouses, the mitochondria, work harder to burn energy, explains Mark Hyman, MD, an integrative and functional medicine specialist in private practice in Lenox, Massachusetts, and author of Ultrametabolism: The Simple Plan for Automatic Weight Loss. "You increase the number of mitochondria and how efficiently they burn throughout the day," he explains.This way, you can exercise for less time than it takes to plod along at the same pace and still get great results.

Here's how to do it: Exercise for 5 minutes at 3.5 mph. Increase your speed to 4 mph for 60 seconds. Then go back down to 3.5 mph for 90 seconds. Repeat the entire sequence 5 times, twice a week. (To get a more challenging workout, increase the incline or your pace.) 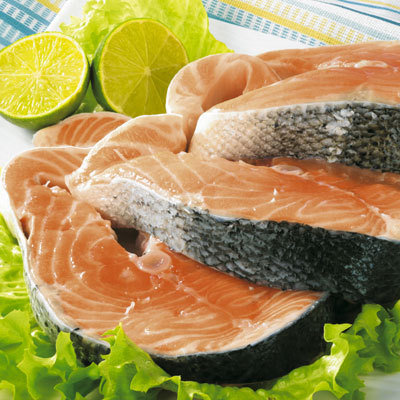 Why does eating lots of fish rich in omega-3 fatty acids (salmon, herring, and tuna) help amp up metabolism? Omega-3s balance blood sugar and reduce inflammation, helping to regulate metabolism. They may also reduce resistance to the hormone leptin, which researchers have linked to how fast fat is burned. A study in Obesity Research found rats that ingested large doses of fish oil while exercising lost weight. Take omega-3 fatty acid supplements; Hyman recommends 1,000 to 2,000 milligrams per day. Hate the fishy after-burp? Try flaxseed oil, walnuts, or eggs fortified with omega-3s. Or check out supplements (by brands such as Nordic Naturals) that have no fishy taste.

Watch the video: Mediterranean Salmon With Tomatoes, Olives, and Zucchini 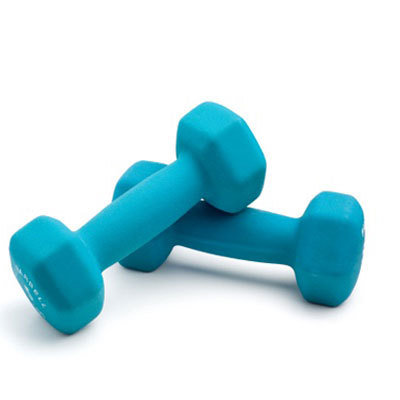 Not only does muscle weigh more than fat, but it uses more energy, too. The average woman in her 30s who strength-trains 30 to 40 minutes twice a week for four months will increase her resting metabolism by 100 calories a day. That means you're resetting your thermostat to keep running at that rate even on the days when you don't make it to the gym, Hunter explains. 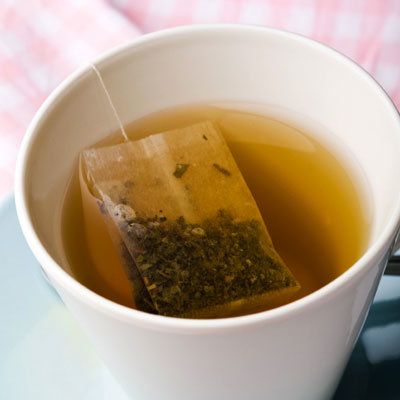 Green tea has long been heralded for its antioxidant polyphenols. But new evidence shows the active ingredient, catechin, may crank up metabolism. Researchers conducted a series of studies in dieters and found that those who went green lost more weight than those who didn't, suggesting that catechins may improve fat oxidation and thermogenesis, your body's production of energy, or heat, from digestion. But how much do you have to drink? According to one study, if you drink five eight-ounce cups of green tea a day, you can increase your energy expenditure by 90 calories a day. Sounds like a lot of tea, but it's not hard to do if you also drink it iced. 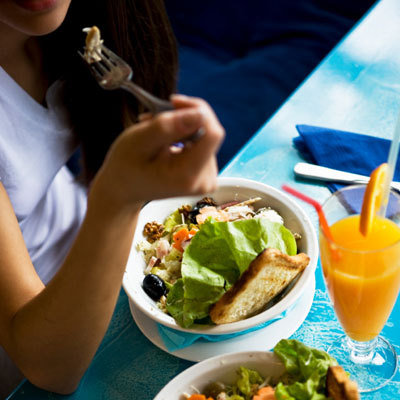 It's one of the most frustrating realities of dieting—if you cut out too many calories, your metabolism thinks times are lean and puts the breaks on fat-burning to conserve energy, Hunter explains. Here’s the trick to keeping your metabolism revved up while dieting: Eat enough calories to at least match your resting metabolic rate (what you'd burn if you stayed in bed all day; calculate yours here). That's about 1,330 calories for a 5-feet-4-inch, 150-pound, 40-year-old woman. 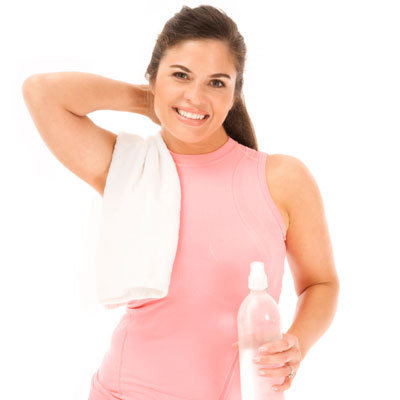 Exercise is a gift to yourself that keeps on giving. In a phenomenon known as excess postexercise oxygen consumption (EPOC), your body can take hours to recover from a robust workout (one intense enough that you can't hold a conversation) and return to its previous resting metabolic rate. The windfall: Your body is actually burning more calories than it normally would—even after you've finished exercising. There’s a catch, though. The better shape you're in, the less benefit you'll get, because your fit body replenishes its energy stores efficiently. You can improve your burn by increasing how often or how hard you work out (think intervals), suggests Walt Thompson, PhD, professor of kinesiology and health and nutrition at Georgia State University. 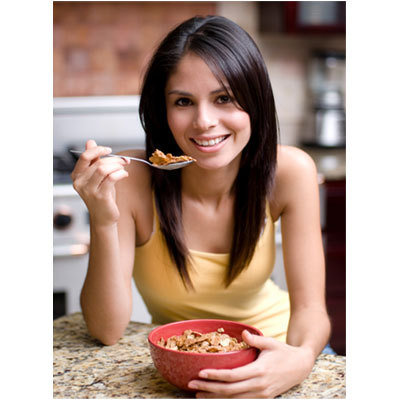 Get started in the a.m.

Make sure you eat breakfast. Eating a nutrient-rich morning meal (like oatmeal with almonds and berries, or a spinach-and-feta omelet with a slice of whole-grain toast) shortly after getting out of bed literally wakes up your metabolism. "Eating breakfast gets the engine going and keeps it going," Hyman explains. It's hard to argue with these results: According to the National Weight Control Registry (an ongoing study that tracks 5,000 people who lost an average of 66 pounds and kept it off more than five years), 78% of those who keep it off eat an a.m. meal every day. 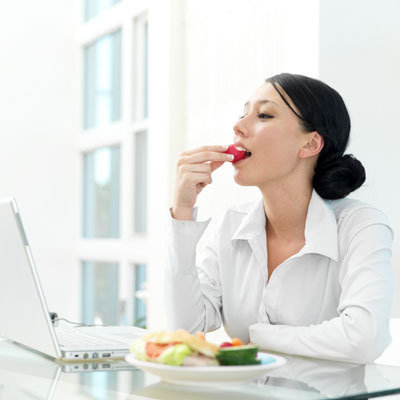 Go ahead and graze

Noshing throughout the day is a proven strategy to help you curb hunger and eat fewer calories overall. Now, experts are promoting nibbling versus gorging as a way to keep metabolism running by holding blood sugar levels steady and preventing weight-gain-promoting insulin spikes. Enjoying six small meals a day should do the trick; keep them around 300 calories each, or divide your usual day's calories by six. 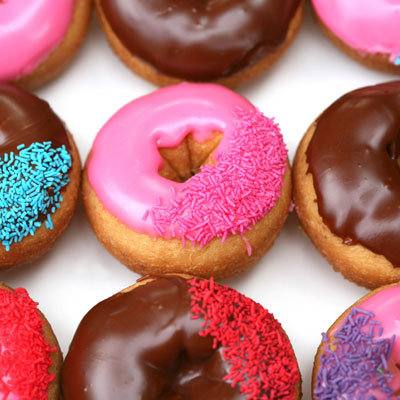 You’ve heard they're bad for you. But trans fats also slow down your body's ability to burn fat. "They have an altered shape and make your biochemistry run funny," Hyman says, explaining that trans fat binds to fat and liver cells and slows metabolism. Eating trans fat can also lead to insulin resistance and inflammation, both of which cripple metabolism and can cause weight gain. 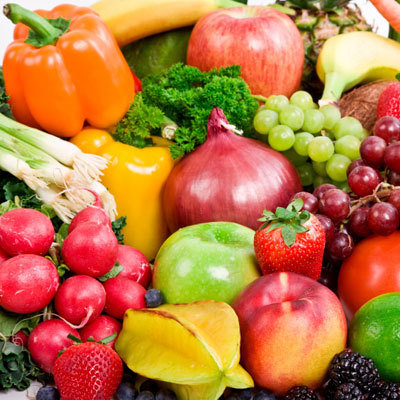 If you’re on the fence about whether to buy organic, this news may sway you: Fruits, vegetables, and grains grown without pesticides keep your fat-burning system running at full-tilt because they don’t expose your thyroid to toxins, Hyman says. Nonorganic produce, on the other hand, “blocks your metabolism mainly by interfering with your thyroid, which is your body’s thermostat and determines how fast it runs,” he explains. 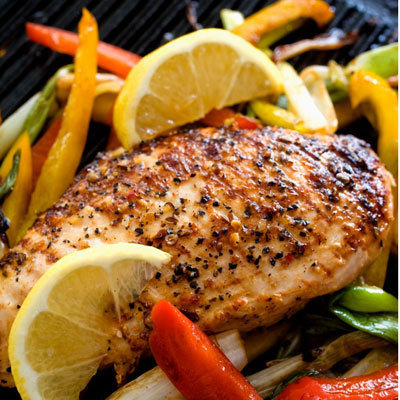 Your body digests protein more slowly than fat or carbs, so you feel full longer (this is especially true when you have it for breakfast). Plus, it may also give your metabolism a bump. In a process called thermogenesis, your body uses about 10% of its calorie intake for digestion. So, because it takes longer to burn protein than carbs or fat, your body expends more energy absorbing the nutrients in a high-protein diet. Another bonus: One recent study from Purdue University found that diets higher in protein may help preserve lean body mass, which is the best fat-burner of all.

DON'T MISS
A Neat Way to Lose Weight
Diets To Lose Weight Fast; Dieters Rejoice!
The Most Effective Way To Lose Fat Fast
The Diet Of A Cheetah
Getting Motivation to Stick to Your Weight Loss Programs
Burn The Fat Feed The Muscle Review: How To Arrive At The A Fitter Body
Can You Make Weekly Payments For Nutrisystem?
Lose Body Fat
How to Get Thin Stomach
Fat Burning Furnace - Most Popular Weight Loss Program Among Women!