8/17 10:34:21
You might want to consider replacing your Green Eggs and Ham with Green Tea and Ham the next time you break your fast in the morning - or any other time, for that matter. It appears that a green tea diet may hold at least a few properties of those golden elixirs, fountains of youth, and magic potions we've all heard about over the years.

In Thailand, India, Japan and China, green tea has been used as a medicine for a variety of conditions from helping with digestion to healing wounds.

But while many in the medical field proclaim the wonders of this much talked about tea, others are quick to point out that there is little or no evidence to support at least some of the claims.

You may have heard about the now famous episode of the Oprah Winfrey Show, where Dr. Nicholas Perricone informed an amazed audience that viewers could lose 10 pounds in 6 weeks by drinking green tea instead of coffee.

Demonstrating the power of television and perhaps Oprah Winfrey's celebrity, this episode did a lot to set the popularity of the green tea diet in motion here in the United States.

But way before Dr. Perricone was trumpeting the weight loss potential of green tea on national television, a priest by the name of Eisai rote the 1191 best seller, "The Book of Tea" where drinking green tea was credited with being good for the heart and several other major body organs.

This diet started around 5,000 years ago in the far eastern part of the world.

The Green Tea Diet (while perhaps not in the form of an actual, planned diet) is a regular part of everyday life in China, Japan, the Middle East, Pakistan, Korea, Taiwan, Hong Kong and Morocco just to name a few. In many places it's a daily ritual.

Here in the United States a number of studies have reported positive effects when it comes to this tea.

A study by Case Western University School of Medicine said that antioxidants in green tea may prevent and reduce the severity of rheumatoid arthritis.

The Journal of the American College of Surgeons said green tea may prevent the oxidation of the bad cholesterol LDL, which can reduce the build-up of arterial plaque.

There was even a study in Germany that found an extract of green tea combined with filtered hot water could be applied externally to help people whose skin had been damaged by radiation therapy.

Tea as a weight loss aide

Tea has been used as an aid for weight loss. Drinking a cup of tea with each meal is a protocol for using tea successfully as a metabolic stimulant. Tea by itself carries only 4 calories per serving, and it's most healthy when consumed with nothing added. The caffeine in tea increases body function to help burn more calories and the polyphenols seem to aid in the digestion of fat, truly making it a Chinese diet tea.. Pu-erh and Oolong teas have received the most attention regarding weight loss, but all types of tea offer a low calorie alternative to commercial beverages.

How much green tea is right for you?

That depends upon who you listen to. Some Chinese homeopathic health practitioners call for 10 cups a day, while some health researchers say that 2 to 3 cups will do the trick. When you look at all of the varying research, and take the average, 4 to 5 eight ounce cups of green tea per day should be good enough for most people.

If you don't like drinking green tea, or find the process of brewing green tea to be more that you are willing to go through 4 to 5 times per day, there are companies who produce "Green Tea Capsules" which contain doses of EGCG.

It's been said that anything that doesn't kill you makes you stronger. Since no one has found any instances of "death by green tea", it certainly can't do you any harm (and it just might do you some good), to introduce green tea into your life.
Men Lose WeightWomen Lose WeightWeight Loss ArticlesLow CarbAbout TipsWeight Loss Management
Related Articles 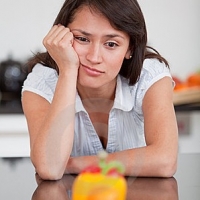 DON'T MISS
Best Cardio For Fat Loss
7 Foods That Help You Shed Pounds
Lose Belly Fat Diets and Tips
How To Buy Weight Loss Pills And Diet Pills
Effective Tips for Preventing Osteoporosis
The Fat Burning Furnace - Lose Weight Really Fast with Half the Effort!
Get To Your Goal Weight And Stay There
Forget All About That Calorie Counting Crap And Learn How To Lose Some Weight!
Six Diet-Friendly Food Products to Help You Lose Weight
FAT LOSS 4 IDIOTS A REVIEW FOR YOU!

Daily Calorie Intake – How Many Calories Are Right For You?