8/17 10:32:35
Eating disorders are abnormal addictive behaviors, which cause food addiction problems. Many are suffering from food addiction because of fad diets.

What are fad diets?

Fad diets are the popular diets touted to make you thin or to cure a certain health problem you may have. Fad diets come and go. Examples of fad diets are the Atkins Diet, the Weight Watchers Diet, and the South Beach Diet, among many others.

Nearly all of these fad diets are based on the principle of calorie restriction - which essentially means depriving yourself of food or eating only certain types of food while avoiding others, and following diligently some set of rules of eating.

Unfortunately, many of these fad diets failed for two reasons.

Firstly, many individuals fail to adhere to these dieting plans. They do not have the discipline to follow through the set of rules of eating dictated by each fad diet plan. They succumb to the urge of eating. Who would blame them? After all, normal eating is a normal instinct in any individual. To force oneself to eat abnormally is against human instinct. Abnormal eating creates behavioral problems, which often lead to addictive behaviors and food addiction problems, such as anorexia and bulimia.

Secondly, dieting impairs your body's metabolism, which ultimately will turn back on you. Diets, even the relatively healthy ones, are only short-term solutions to your weight or health problems. Down the road, these fad diets will create more problems than what they have solved.

For years, many nutrition experts have warned against going for fad diets, which often promote unhealthy preoccupation with food, instead of normal eating. Abnormal or unhealthy eating behaviors play havoc with your body's metabolism, which is the rate at which you burn calories. Your metabolic rate holds the key to weight loss. When you go on a fad diet, you are in fact "starving" your body, which, out of its natural instinct for survival, will automatically reduce its metabolic rate. As a result, you are not exactly losing the weight you so desperately wish to lose. The initial weight loss from any fad diet may be only the loss of water due to the sudden change in your eating patterns, not the extra pounds you want to shed. Worse, when you stop dieting, you metabolic rate goes up again, but not to where it originally was; in other words, yo-yo dieting (on-and-off dieting) may lead to malfunctioning of your body's metabolism until it can no longer burn calories efficiently. The implication is that your body has learned to maintain its weight with fewer calories. In other words, your effort in dieting has been a waste of good intentions. The net result is ultimate weight gain for you, not the weight loss you had hoped for.

Dieting is only a temporary weight control solution. According to dietitians, unless you change your lifestyle, or can adhere diligently and persistently to your chosen diet regimen for the rest of your life, losing weight permanently is impossible.

The danger of embracing one fad diet after another is that your overt preoccupation with your weight and appearance, such as counting calories, carbohydrates, and worrying about fat content of you food, may turn into an obsession, which will develop into eating disorders down the road.

(More on eating disorders in the next article) 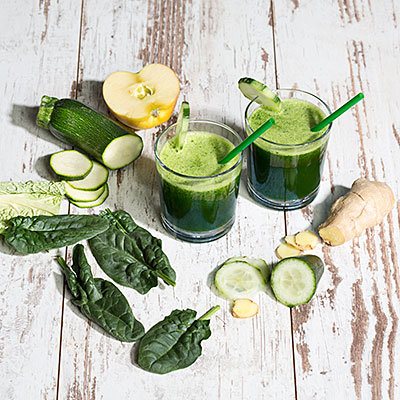 DON'T MISS
Reading Cellulite Cream Reviews Can Help You Choose a Product
How to Triple Your Weight Loss Success while on Lemonade Master Cleanse?
Long beach HCG diet can shed your weight.
Get Out Of Bed And Be Active Daily
How does LivingVita抯 Garcinia Cambogia supplement work?
Revolutionary, Safe, and Clinically Proven Natural Weight Loss
How to Lose 16 Pounds in 2 Weeks - Proven Diet Plan to Lose Pounds & Burn Fat Easy, Fast, & Naturally!
Getting Rid of Fat with Liposuction - Everything You Need to Know
Work Out To Lose Weight
I Pulled A Fast One on My Obese Husband ?Now He抯 Skinny and Loving It!