19 Weight-Loss Secrets From Around the World 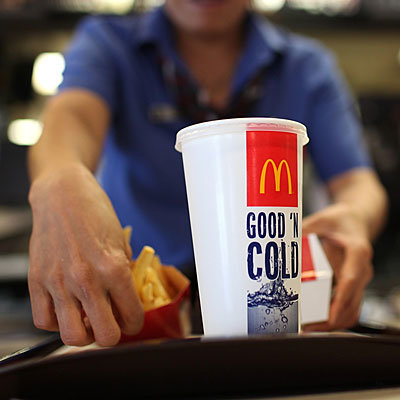 If you walk into a McDonald's in London, the clerk won't ask if you'd like to "supersize" that. This option was discontinued in the U.K. after it accounted for less than 0.1% of sales. The Brits prefer smaller portions—perhaps a lingering vestige of the frugality instilled by World War II rationing, says Simon Hartley, executive editor of Reader's Digest U.K.

In the United States, McDonald's has backed off supersizing too. But a large Coke here still contains 100 calories more than one in the U.K., and there's no such thing as a Double Quarter Pounder with Cheese in Great Britain. Take the hint: Who really needs to eat a half-pound of meat at a sitting? 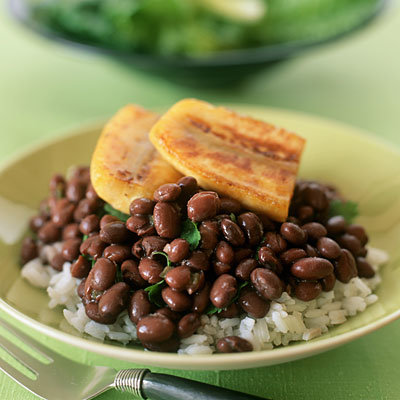 Serve a side of rice and beans

All that shaking at Carnaval isn't the only body-friendly habit in Rio; Brazilians stay slim by enjoying this traditional dish with just about every meal, says Sergio Charlab, editor of Reader's Digest Brazil.

A study in the journal Obesity Research found that a diet consisting primarily of rice and beans lowers the risk of becoming overweight by about 14% when compared with typical Western fare. That's because it's lower in fat and higher in fiber, which is thought to stabilize blood sugar levels. It may be counter-intuitive, but a diet full of beans equals a beach-ready body. 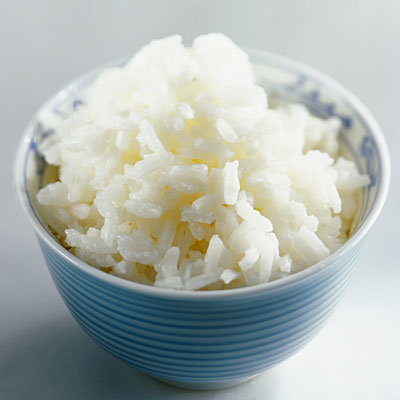 Try fasting once in a while

Islam, this country's leading religion, encourages periodic fasting—no food or drink from dawn to dusk. Others in Indonesia practice mutih, which allows only water and white rice.

Although experts don't recommend fasting for weight control, fasting in moderation can break patterns of mindless eating, says Hill, of the American Society for Nutrition. "Most Americans never get hungry," he points out. "We've eaten the next meal before we've entirely digested the last one." No need for strict abstinence to get these psychological benefits—try just cutting your calories in half for a day. 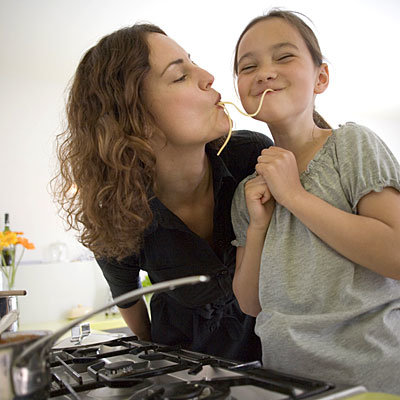 Eat at home more often than you eat out

Poles typically spend only 5% of their family budget on eating out. According to U.S. Department of Agriculture statistics, the average American family spends 37% of its food dollars at restaurants and fast-food joints.

To save money and pounds, start tracking how often you eat out and how much you spend each month, and gradually cut back. "People who don't cook at home tend to eat less healthy food and be heavier than people who do," says journalist and activist Michael Pollan. "In fact, the collapse of cooking in a society tracks very closely its rise in obesity." 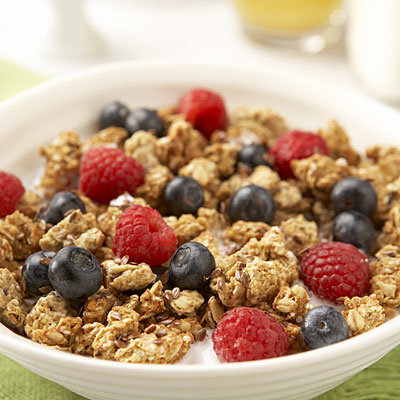 An impressive 75% of Germans eat breakfast daily (compared with just 44% of Americans). They're not grabbing Egg McMuffins either; they're sitting down to fruit and whole-grain cereals and breads.

Nutritionists have been advising people not to skip breakfast for years, but recent studies give a better picture of its importance. In one, British researchers discovered that if you haven't eaten breakfast, your brain's reward center will light up more vividly when you see a high-calorie food—making you more likely to indulge. Finally, a scientific explanation for that irresistible urge to pull into Dunkin' Donuts. 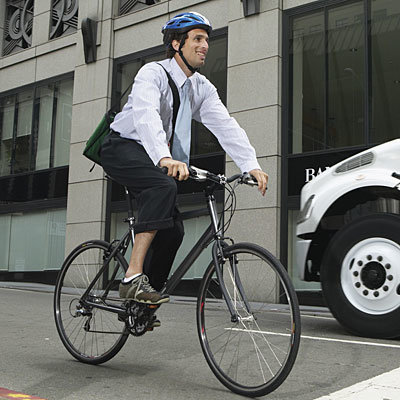 Swap the gas pedal for the bike pedal

Bikes (18 million) outnumber people (16.5 million) in the Netherlands. But unlike Americans—most of whose two-wheelers languish in basements and garages—54% of Dutch bike owners use them for daily activities, such as shopping and traveling to work.

The average Dutchman pedals 541 miles per year. Traffic lights in parts of Amsterdam are even synchronized to bike speed. Try using your bike to commute one day or just for errands close to home. If you're of average size and pedaling at a moderate pace, you can burn around 550 calories per hour. 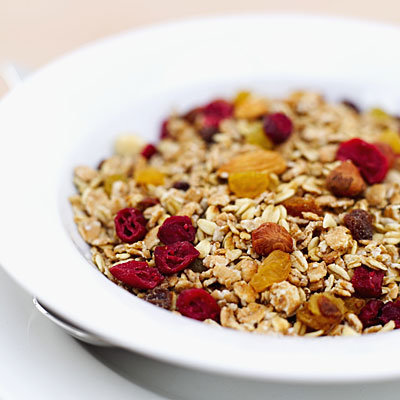 Try a bowl of muesli

Muesli is a porridge or cereal made from oats, fruit, and nuts, each of which has been linked to better health and weight control. It was developed by a Swiss physician more than a hundred years ago to nourish hospital patients, but the Swiss eat it for breakfast or as a light evening dish.

Muesli's fiber makes it slow to digest, keeping you feeling full longer. Read the label carefully, though: Sugar content can vary from 2 to 14 grams per serving. 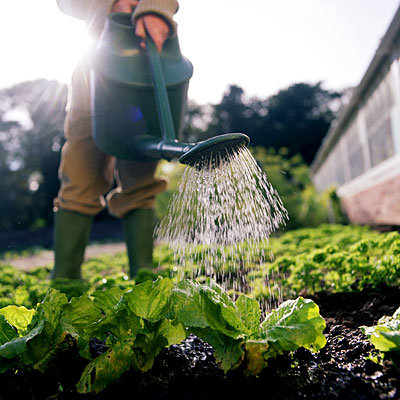 Carve out a dacha plot

Russians grow their own vegetables and fruits and preserve and can what they grow. That makes their diet more nutritious. And "there's not much you can grow in a garden that will make you fat," notes Hill. 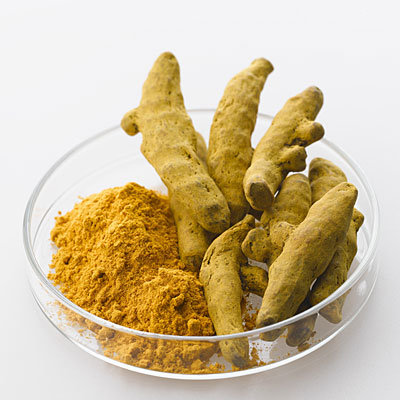 Turn up the turmeric

This spice, a key ingredient in curries, grows wild in Malaysian jungles. One of its chief components is a substance called curcumin, which may turn out to be a potent fat fighter.

A recent Tufts University study found that mice fed a high-fat diet with small amounts of curcumin gained less weight than did other mice given similar but curcumin-free meals. Researchers think the ingredient suppresses the growth of fat tissue and increases fat-burning. Try some in your next stir-fry. 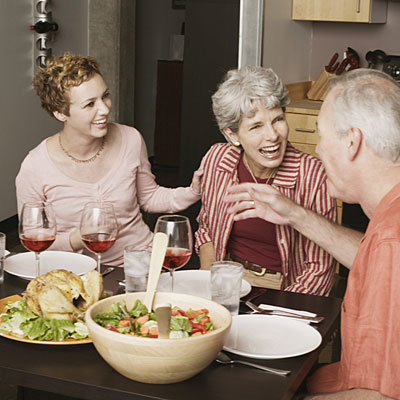 The French excel at the leisurely family meal. On average, 92% of French families dine together nightly, compared with 28% of American families.

"For the French, eating is the event of the day," says Fred Pescatore, MD, president of the International & American Associations of Clinical Nutritionists. "For us, it's something we do before heading out to do something else." 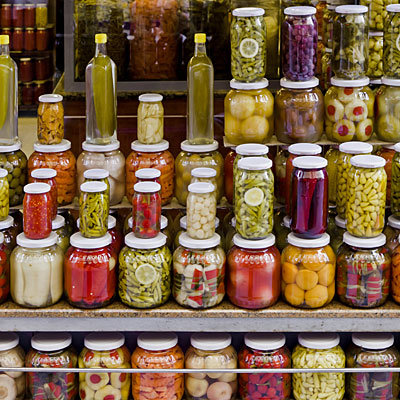 Hungarians like things pickled—and not just cucumbers but bell peppers, cabbage, and tomatoes. These tart treats can help keep you thin, probably because of the vinegar that pickles them. 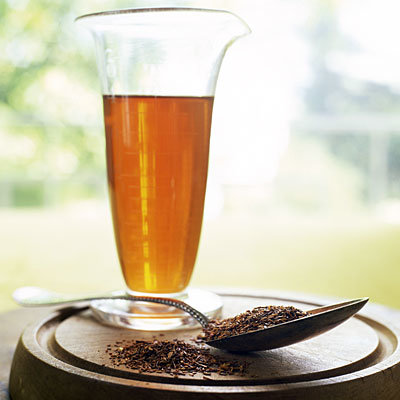 Enjoyed throughout the country, rooibos tea is more robust than green tea, and because it's naturally sweet, it needs no sugar. Ditching your daily Frappuccino for a cup of rooibos—Starbucks now sells it—could save you thousands of calories per month.

"Tea-drinking cultures generally have lower rates of obesity," says Dr. Pescatore. "That may be from special compounds, such as catechins, that certain teas contain, or it may simply be that we often think we're hungry when we're really dehydrated." 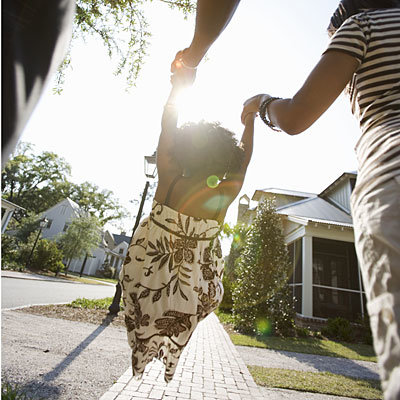 It's a deeply rooted Norwegian habit: On Sunday, everyone from toddlers to grandparents heads out to hike (in summer) or cross-country ski (in winter). Compare that with the typical American household, where the only Sunday expedition is from the fridge to the football game on TV.

Start a Nordic tradition in your house. At halftime, shoo everyone outdoors for a walk around the neighborhood. 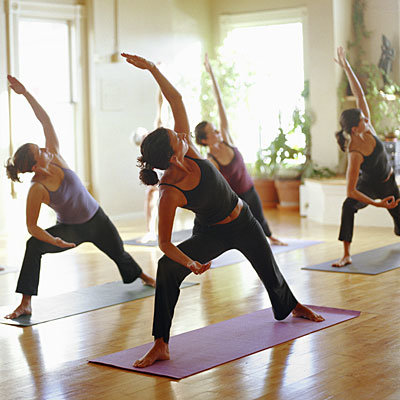 Get yourself all twisted up

Most Americans respect yoga's stress-busting and flexibility-enhancing power, but not many realize it facilitates weight loss. In fact, a recent study found that yoga devotees have a lower body mass index (BMI) than other exercisers do.

There are probably multiple reasons. Yoga is best done on an empty stomach and can build muscle (depending on your preferred poses), which boosts your metabolism. And it encourages mindfulness, which includes paying attention to whether you feel full. 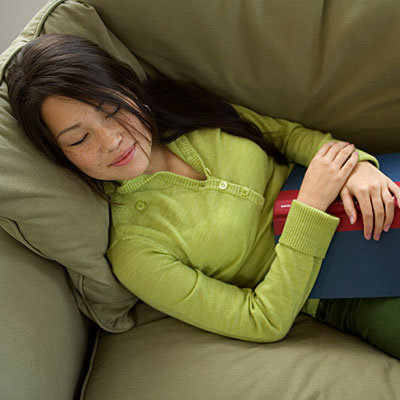 In this on-the-go country, many people take time for a daily 20- to 30-minute nap, says James Maas, PhD, a sleep researcher at Cornell University and the author of Power Sleep.

There's increasing evidence that chronic sleep deprivation raises the risk of weight gain. Maas blames two hormones: leptin, which helps the brain sense when you're full, and ghrelin, which triggers hunger. The less sleep you get, the lower your leptin levels-and the higher your ghrelin. "Many people think they're hungry when they're actually sleepy," Maas says. "Instead of a snack, they need some shut-eye." 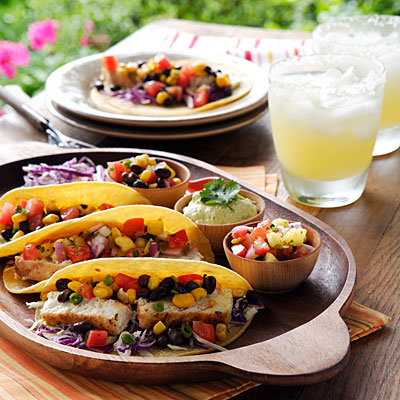 Make the midday meal the biggest

Instead of ingesting the bulk of the day's calories in the evening, as most Americans do, Mexicans traditionally eat their biggest meal between 2 and 4 p.m. If you eat less at night, you'll wake up hungrier and eat a bigger breakfast, which facilitates weight control.

As a general fat-fighting rule, try to get the bulk of your daily calories at breakfast and lunch. 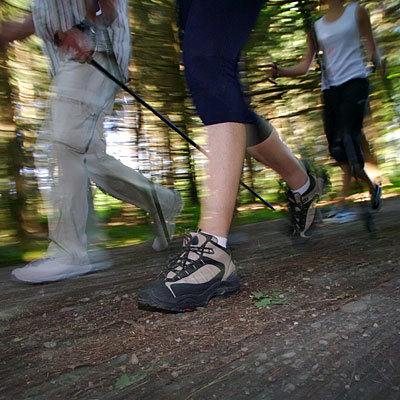 This is one of the Finns' favorite outdoor activities. It's not as exotic as it sounds: All that's required is a pair of inexpensive, lightweight walking poles. Holding these in your hands aids balance, which is great if you're older or if you're on slippery terrain.

Even better: Because they make you use muscles in your shoulders, arms, and torso, the poles transform walking into a total-body workout that burns 20% more calories, according to a study at the Cooper Institute in Dallas. Winter or summer, it's a simple way to derive more fat-reducing benefit from your regular walk. 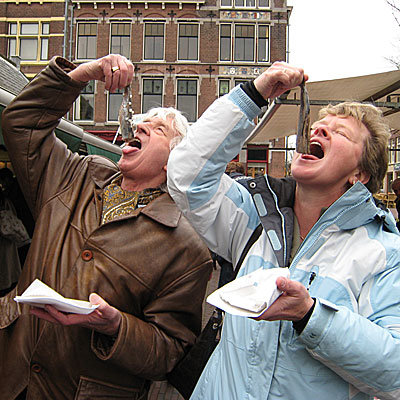 The Dutch down about 85 million of these slippery fish per year—raw. That's about five for every person in the country (and five more than eaten here). They're pickled, then served unadorned as snacks or in soft buns with onions and gherkins for lunch.

Oily fish like herring is slimming for a few reasons, says Dr. Pescatore, author of The Hamptons Diet. It contains lots of omega-3 fatty acids, which reduce levels of the stress hormone cortisol—and cortisol is known to increase the amount of fat deposited around your middle.

What's more, lunching on herring or canned sardines guarantees you'll ingest far fewer calories than you would if you eat a burger or even fish sticks. Just don't forget the breath mints. 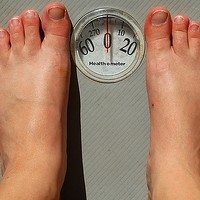 Weight Loss For Children Is Tough

Reducing STRESS in the Battle of the Bulge

How Do I Put Together A Workout Plan?