8/17 10:31:10
Leptin leapt into the headlines when it was identified in 1995 as a protein that triggers weight loss in mice. Leptin (the Greek term for thin) is a hormone released by your fat cells. When you lose fat, leptin levels drop and when you gain fat, leptin levels rise.

Recent research into leptin has revealed what is likely to be very important in the control of appetite, weight loss and the regulation of body weight. Advances in leptin research and its role in the control of obesity would lead to reductions in diabetes, coronary heart disease and many forms of cancer, all of which are increased in obesity.

American adults are overweight and more than 30 percent are obese. Currently 50 million Americans suffer from metabolic syndrome - a disease associated with obesity and encompassing coronary artery disease and type 2 diabetes.

Leptin affects our weight and our appetites. Levels of leptin rise just before a meal and fall when people are full. It is now known that leptin not only can affect the chemical responses that affect how hungry you are but also can affect the wiring of your brain.

Scientists are interested in whether leptin may be manipulated to help people, especially overweight people, to lose weight and not put it back on. They know that leptin is released by fat cells and tells the brain how much fat is on the body. Once leptin has been secreted by your fat cells, it travels to the hypothalamus. This is the part of your brain that controls eating behavior.

Normally, when leptin levels in the blood go up, the brain signals us to stop eating. But since obesity isn’t the result of a lack of leptin, it is a lack of response to leptin, and obese individuals tend to have more and larger leptin-producing fat cells than thinner people, their leptin levels increase substantially with every pound of additional weight gain. This is illustrated below.

Mice lacking leptin ate voraciously and grew enormously fat; leptin injections made them stop eating and slim down. The discovery led researchers to think that fat people might also lack leptin, and that it could make them lose weight. But it was not so. Scientists found that most fat people had lots of leptin, and giving them more had little effect. (The New York Times 26/11/2002).

Researchers at the Oregon National Primate Research Center conducted a study in mice involving two separate groups that were fed high-fat and low-fat diets. The high-fat diet group developed symptoms of diabetes and obesity while the low-fat diet group did not. The researchers tested cells which conduct nerve impulses and found the cells behaved as if there was no leptin present, even though levels were 40-times higher than in normal mice. (Cell Metab. 2007 Mar;5(3):181-94).

This is due to obese people becoming resistant to leptin’s signal. When the brain fails to sense the leptin hormone’s signal correctly it thinks that more fat is required, even though we have enough, and fat begins to accumulate while metabolism slows down. Some scientists think that either leptin is not transported through the blood-brain barrier properly or the brain is not interpreting the signals properly.

With the regular discovery of hormones involved in regulating body weight it is a diverse and rapidly expanding field.

My own research of the literature has revealed to me some dietary factors that block leptin from crossing the blood-brain barrier and interfere with leptin signaling. In addition, there are foods/methods that correct these problems. I will discuss these issues in due course. 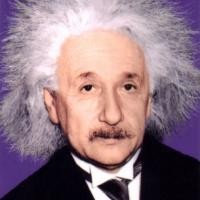 How To Lose Weight And Stay Healthy