11 Foods That Make You Hungrier 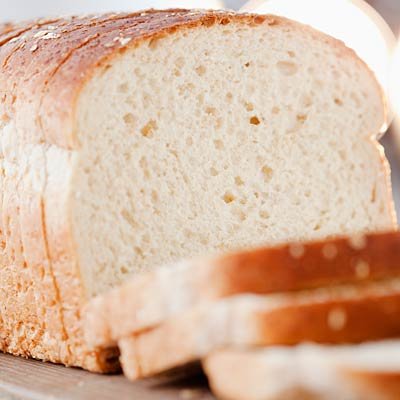 The white flour used to bake white bread has been stripped of its outer shell (the bran), which depletes the grain's feel-full fiber content. Eating it spikes your insulin levels, Dr. Decotiis says.

In a recent Spanish study, researchers tracked the eating habits and weights of more than 9,000 people and found that those who ate two or more servings of white bread a day were 40% more likely to become overweight or obese over a five-year period compared to those who ate less of it. 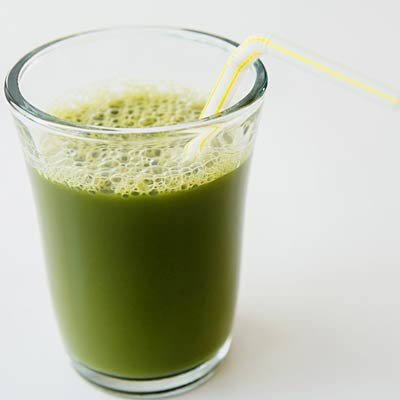 Juicing is all the rage, but these "healthy" drinks contain all the sugar of your favorite fruit, but none of the fiber-containing pulp or skin. That means drinking a glass of juice can shoot your blood sugar levels up—and then back down again—bringing on hunger, according to Mitzi Dulan, RD, author of The Pinterest Diet: How to Pin Your Way Thin. Your better bet: blend a smoothie using whole fruit instead, and mix in a scoop of protein powder or nut butter to help balance your blood sugar and boost satiety. (Just be sure to steer clear of sugary fro-yo or sherbet.) 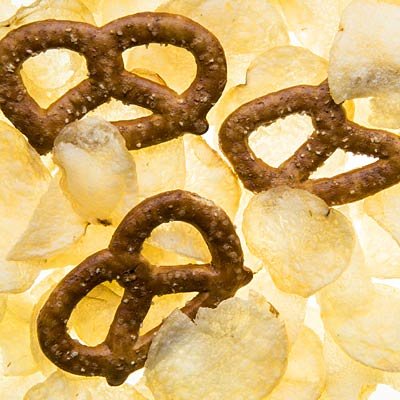 There's a reason why you crave something sweet after polishing off a bag of potato chips. Chips, pretzels, and salty snack mixes are little more than quick-digesting simple carbs, which can spur insulin highs and subsequent lows, Dulan says. And since your taste buds and brain link fast-acting energy with sweet foods, it's common to have a craving for something sweet once you finish your salty nosh. What's more, thanks to a phenomenon known as sensory specific satiety, you can fill up on chips and feel like only your salty stomach is full. Your sweet one can still feel empty, Dulan says. So get ready to eat two stomachs' worth of food. 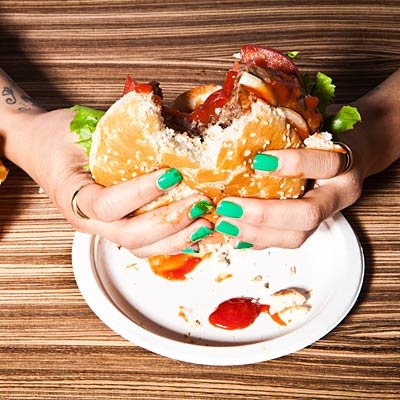 Pretty much every ingredient behind a fast food counter is designed to make you supersize your meal. For instance, trans fat inflames the gut, potentially impairing the body's ability to produce appetite-controlling neurotransmitters such as dopamine and serotonin, Dr. Decotiis says. Meanwhile, the GI tract absorbs high fructose corn syrup (commonly found in buns, condiments, and desserts) quickly, causing insulin spikes and even bigger hunger pangs. Lastly, fast food's huge helpings of salt can spur dehydration. And with symptoms that closely mimic those of hunger, it's easy for dehydration to trick you into thinking you need to go back for seconds. 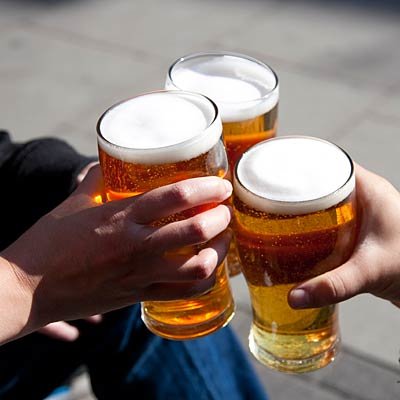 Alcohol doesn't just lower your healthy-eating resolve, it downright makes you hungrier: According to research published in Alcohol & Alcoholism, just three servings can slash your body's levels of leptin—a hormone designed to squash hunger and keep you feeling full—by 30%. "Alcohol can also deplete your body's carbohydrate stores (called glycogen), causing you to crave carbs in order to replace what was lost," Dr. Decotiis says. And if you find yourself craving salty snacks, dehydration and a loss of electrolytes may be at work. 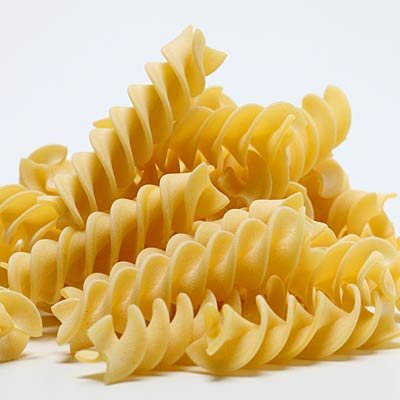 White pasta packs all of the same problems as white bread, but it does deserve its own mention as a hunger-offender because it's so easy to eat far too much of it. A standard serving size of cooked pasta is just half a cup cooked, but restaurants regularly serve up four cups in a single entrée. When you overload your body with simple carbs, your pancreas goes into overdrive churning out insulin, and soon you've produced so much of the sugar-managing hormone that your blood sugar levels are low and you're ravenously hungry. And consider this: What are you pouring over your pasta? If it's a store-bought sauce, then it probably contains even more hunger-spiking sugar. 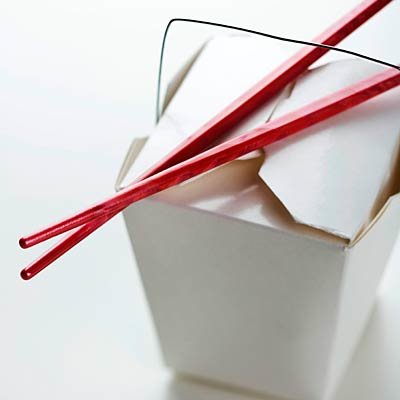 MSG (aka monosodium glutamate) is a flavor-enhancer best known for being added to Chinese food, and may also be found in other foods including canned veggies, soups, processed meats, and even beer and ice cream. One animal study from Spanish researchers suggests the chemical triggers a 40% increase in appetite, and according to research published in the journal Obesity, people who consume the most MSG are nearly three times more likely to be overweight than those who don't eat it at all. "The effects of leptin (a "satiety hormone" made by fat cells) may be blunted by the damaging effects of MSG on the hypothalamus," Dr. Decotiis says. What's more, the effects can compound over time, so the more frequently you eat MSG, the more you'll eat, period. 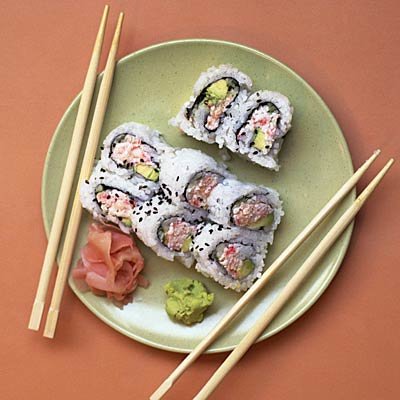 You might intend to load up on good-for-you fish, but you're really eating more rice than anything else, says dietitian Susan M. Kleiner, RD, PhD, a scientific consultant with USANA Health Sciences. Case in point: the California roll. Loaded with 30-plus grams of carbohydrates, it's like eating three slices of white bread. "If you don't eat anything else, sushi rolls are fairly rapidly digested and emptied from the stomach without a high level of satiating properties like fiber or protein," she says. 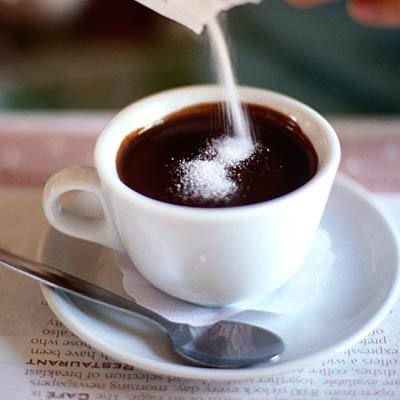 Whether they are in your diet soda or sprinkled in your coffee, artificial sweeteners (aspartame, sucralose, saccharin, and others) excite your brain cells, making them think they are about to get a sweet serving of energy (aka calories), and then let them down—hard, Dr. Decotiis says. The upshot: You may crave—and eat—more sweets throughout the day, trying to make up for the letdown. Over time, this process can actually affect the hunger control centers of the brain, she says. And get this: It has been proposed that artificial sweeteners cause insulin spikes just like real, calorie-packed sugar. 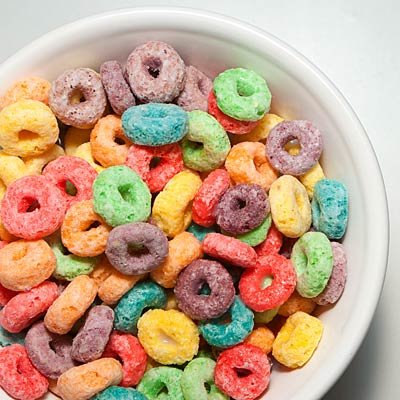 White flour with a generous dusting of table sugar, these morning starters may cause blood sugar and insulin swings. "Eating such a high carbohydrate load in the morning when cortisol levels are at their highest is a double assault to your metabolism," Dr. Decotiis says. During the night and into the morning, your body pumps out huge amounts of cortisol, which is believed to be a natural part of your body readying itself for the stresses of the day ahead. "Higher cortisol levels mean a lower ability to metabolize ingested sugars. Therefore blood sugar may be high, but still not reach the tissues where it is needed, leading to fatigue and hunger." Cereal can be a smart way to start your day—look for whole grain or bran cereals that contain at least 5 grams of fiber and less than 5 grams of sugar per serving. 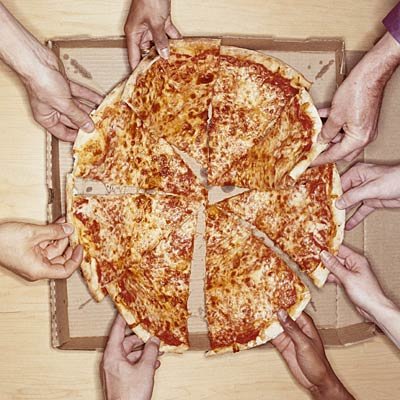 You know you can't eat just one slice—no matter how big it is. That's because your favorite pizza joint's combination of white flour dough, hydrogenated oils, processed cheeses, and preservatives can throw off your blood sugar levels, production of satiety hormones, and hunger-regulating regions of the brain, according to Dr. Decotiis. That said, if you make pizza at home with whole-wheat dough and top it with lean meat, lots of veggies, and just a sprinkling of cheese, then you'll have a fiber- and protein-packed meal that's less likely to have you reaching for more food in an hour. 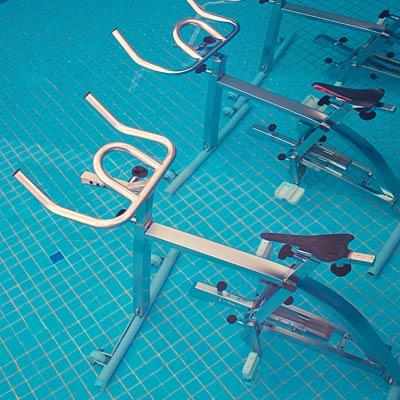 Journey To A Healthier, Thinner Lifestyle

Trends in the Dieting Industry: Healthful, Low-Cal Dishes Delivered to Your Door