8/17 10:28:43
Many parents make their children obese unknowingly by taking extra care of their babies. They overfed their babies and do not allow them to participate in sports and other physical activities. They fear that their child will be hurt if he indulges in any such activity. Below are some common reasons that are mainly responsible for child obesity.

1. Many times, children are prone to treat food not only as a means to satisfy hunger, but also as a means of entertainment or enjoyment. This is completely a wrong notion and must be avoided.

2. Crying is a frequent activity of a little child. More often than not, he cries because he is hungry. But sometimes, he cries just to draw his patient’s attention or when he needs their affectionate touch. But instead of getting what he wants, what he gets every time is a bottle of milk. Such a thing should not happen.

3. Generally children and parents take meals together. It is a well known fact that wrong habits of eating and living are also sometimes responsible for causing obesity. A child usually imitates parents’ habit and imbibes their wrong habits quickly.

4. Lack of adequate physical activity also plays a major role in developing obesity in childhood. Generally parents make the child dependent on them. They don’t allow him to play freely for the fear that he would get hurt or that he would be ill or that the children of the neighborhood would spoil him. Lack of encouragement prevents the child from participating in the sports activities at the school also. This lack of adequate physical activity later on manifests its results through the accumulation of layers of fat in the body.

5. Some experts accept the importance of genetic factors in childhood obesity; while there are others who reject them altogether. Several studies indicate that only 9% of the children become obese if their parents are of normal weight. If either of the parents is overweight, 50% of their children tend to become obese. However, if both the parents are overweight the percentage of children touches the figure of 80.

6. Generally children become an addict of carbohydrate foods such as sweets, soft drinks, cake, ice cream, chocolates, biscuits, etc. This increases their intake of carbohydrate rich foods. This habit welcomes child obesity. Some steps must be taken to get rid of this eating habit.

Disclaimer: This article is not meant to provide health advice and is for general information only. Always seek the insights of a qualified health professional before embarking on any health program.
Men Lose WeightWomen Lose WeightWeight Loss ArticlesLow CarbAbout TipsWeight Loss Management
Related Articles 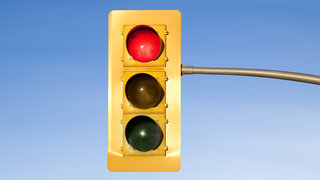 DON'T MISS
How Do I Regain My Slim Figure After My Baby Is Born?
How to Lose Weight with a Natural and Healthy Diet
Weight loss Instructions
Dont Allow Stress to Make You Fat
Fat Burning Furnace - Lose Weight Fast Quick by Manipulating Your Metabolism!
Take A Look At The New YOU
How to lose weight without taking in special medicines?
The Top 4 Fat Loss Misconceptions!
3 Ways to Shape Up and Slim Down Without Going on a Diet
The Items Youre Feeding On May Have Negative Effects On Your Health And Wellbeing

12 Foods That Control Your Appetite

11 Ways to Save Money on Healthy Food

How To Avoid Injuries During A Workout - 3 Basic Rules