8/17 10:23:06
In order to achieve weight loss calorie metabolism must exceed calorie intake. Metabolism is a complex series of chemical actions in the body necessary to maintain life involving the utilization of energy from food known as calories. Simplistically speaking, metabolism is the burning of food energy. Therefore, if calorie burning exceeds calorie consumption weight loss occurs. Conversely, if the number of calories eaten is greater than the number of calories burned weight gain occurs.

Life-sustaining bodily activities requiring metabolism include growth and development, various cell functions including digestion, healing, breathing, functioning of the immune system and many of the chemical reactions that occur in the tissues of the body as well as physical activity associated with muscle use. When amount of calories taken in exceeds the amount of calories utilized for the various life-sustaining activities, the extra calories are stored in the body. Unfortunately, one of the main forms of stored bodily energy is fat.

Approximately 100% of the calories in an average diet are derived from three main food types. Those food types are carbohydrates, proteins and fats. The calorie value of each food type is specified as number of calories per gram. There are 4 calories per gram of carbohydrate and protein and 9 calories per gram of fat. Our bodies use more than just the energy from food but also the smallest chemical particles of the food, known as molecules, as building blocks for body parts and to make enzymes which are proteins that speed up chemical reactions in the body. For this reason the total daily calorie intake cannot be from just one food type but must be balanced between carbohydrates, fats and protein.

Carbohydrates include simple sugars and more complex chemical particles known as starches and fibers which are present in foods such as potatoes, bread, pasta and grains such as rye. According to most authorities, carbohydrates should comprise between 50% and 55% of total daily calories.

The primary sources of protein in the diet are eggs, meat, beans, milk products, soybean and soybean products. Between 10% and 15% of the total daily calorie intake should be in the form of protein.

Because of the higher calorie content in fat, diets high in fat cause greater weight gain and are associated with more difficult weight loss. The amount of fat in the diet should be limited not only if weight loss is the goal but also because of the link between fat intake and diseases of the heart and blood vessels. Authorities generally recommend that less than 30% of daily calories should be in the form of fat.

When we have been fasting for 12 or more hours, our bodies begin to break down or burn calories for fat, carbohydrate and protein stores stored in out bodies to maintain life-sustaining bodily activities at the cellular level. The set amount of energy required for sustaining life supporting chemical and biological bodily functions when our digestive tracts are inactive and we are not physically active is known as the basal metabolic rate (BMR), which is expressed as calories per day. BMR decreases with age and is generally higher in males than in females. BMR also increases with increased muscle mass and decreases with obesity.

Because muscles cells and other tissue cells require more energy during physical activity, the body breaks down the sources of stored energy (particularly fat) during exercise resulting in weight loss occurs if the amount of energy burned is not replaced or exceeded by the consumption of calories after or preceding the physical activity. The increased metabolism associated with physical activity explains why exercise is so important in weight loss programs. 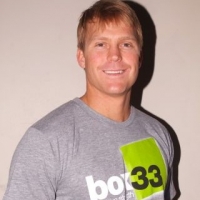 Lose The Baby Weight: Get A Better Body After Baby

Weight Loss — Timing Is (Almost) Everything