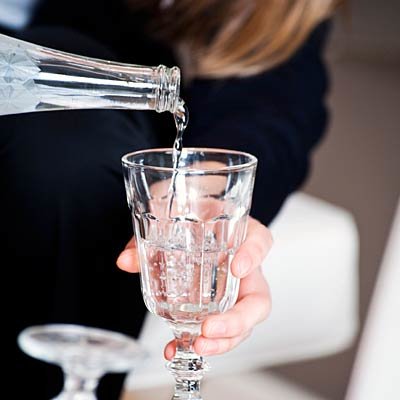 Start with a glass of H2O

Drink 16 ounces (a big glass) of water before you eat, suggests Dawn Jackson Blatner, RD, author of The Flexitarian Diet. Filling your belly with water will naturally make you less likely to overeat, she says. Plus, some symptoms of dehydration may actually be what's causing your rumbling belly, so sipping some water before you eat may eliminate your "hunger" altogether. 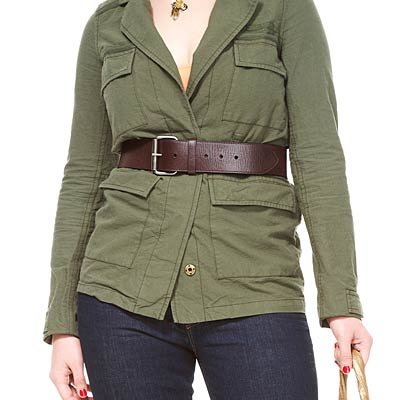 We're not suggesting you squeeze into pants that are too tight. However, wearing an outfit with a waistband or perhaps a jacket with buttons can serve as a tool to prompt you to slow down and assess how you feel during your meal, says Young. As your clothing begins to feel a little snugger, it may keep you from going back for seconds. 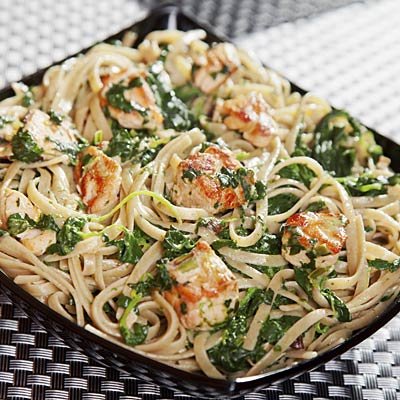 Bulking up your meals with veggies is one easy way to cut calories while filling you up fast. Spinach, for example, can be used as a sandwich-topper or can add fiber and nutrients to pasta and stir-fries, says Blatner. Other ideas to eat more veggies: swap in mushrooms for half the ground meat in most recipes, make oatmeal more filling with diced apples, and use a whole-wheat pita in place of bread so you can stuff it with more veggies. 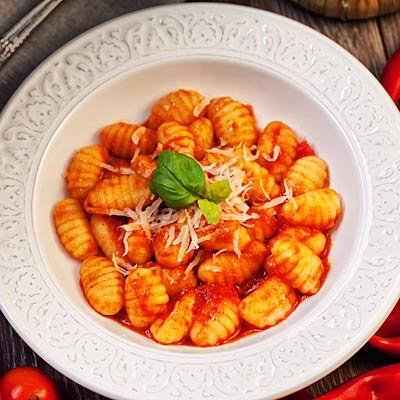 Dine on dinnerware that helps you lose

The color of your plate may influence how much you eat, according to a 2012 Cornell University study. The researchers discovered that when a plate and the food on it had a low color-contrast (like pasta with Alfredo sauce on a white plate), people at a buffet served themselves 22% more than when there was a higher color-contrast (like pasta with red sauce on a white plate or pasta with Alfredo sauce on a red plate). The study conclusions suggest that if you want to eat less, select plates that have a color-contrast to the food you're eating for dinner. Or if you want to eat more healthy foods, like a bigger salad, eat greens from a large green plate or bowl! 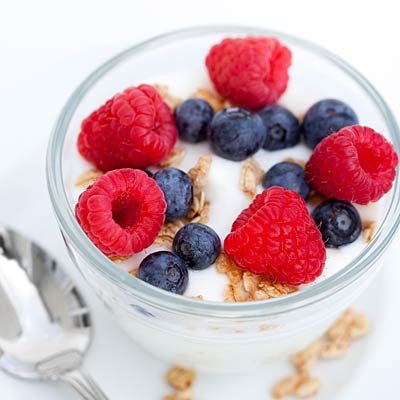 Make carbs the topper instead of the base

Rethink the way you use grains and starches. Take a breakfast parfait, for instance: instead of starting with a granola base, fill your cup with yogurt and then sprinkle just a tiny amount of granola on top for the crunch you crave. Making a stir-fry? Load up your plate with veggies and a serving of lean protein, then add a quarter cup of brown rice. 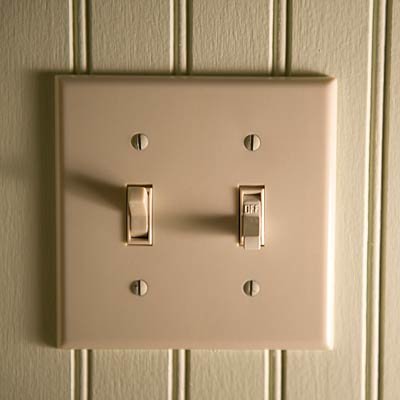 Set the scene for slower eating

Dim lights and listen to relaxing music to set the tone for a more leisurely meal, suggests Blatner. "Taking your time while eating increases enjoyment and decreases portions," she says. Remember to chew slowly, put down your fork between bites, and sip water to make your meal last longer. 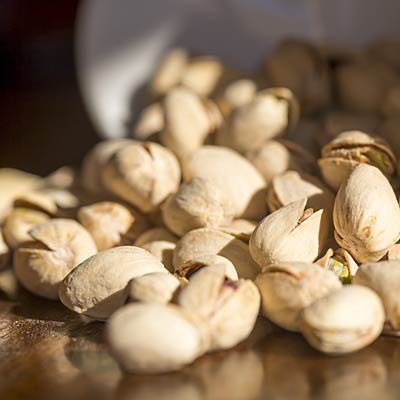 Work for your food

Here's another way to slow down your eating: munch on foods that require shelling, peeling, or individual unwrapping, suggests Blatner. Oranges, edamame, and pistachios in their shells are healthy options. 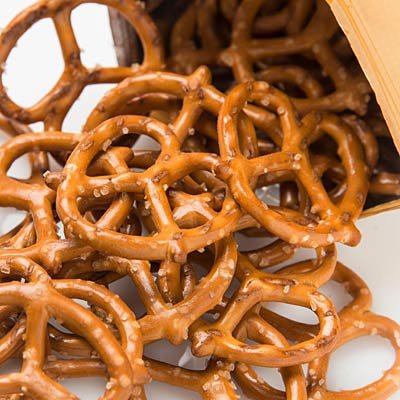 Don't eat from the bag or box

When you sit down with a bag of chips, do you really know how many you're eating? Researchers from Cornell University sought to answer this question in a study and found that people ate 50% more chips when they were given no visual cues as to how large a portion should be. So if you buy a bag of pretzels or tin of nuts that contains 10 servings, divide the contents of the container into 10 smaller baggies ahead of time. 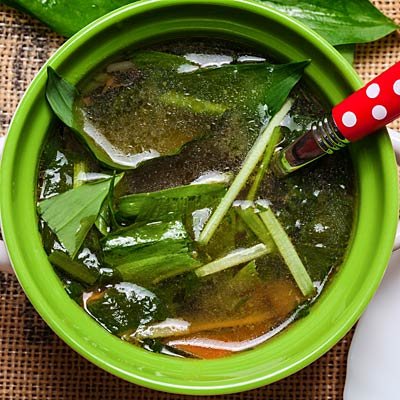 Before you dive into your entrée, have some soup. Though it may seem counterintuitive to add more to your meal, research shows that starting a meal with soup may help you reduce your overall calorie intake. In a 2007 study, people who ate soup before their lunch entrée reduced their total calorie intake by 20%. Your best bet: a broth-based soup, preferably with veggies to help you feel full from the natural fiber, says Young. Here are a few healthy soup recipes to get you started. 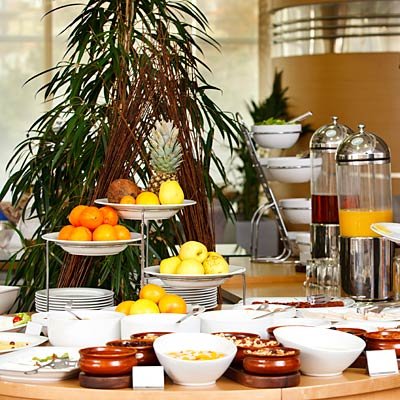 Take a lap before serving yourself

In a Cornell University study published in PLoS One, researchers observed people at two separate breakfast buffet lines that featured the same seven items: cheesy eggs, potatoes, bacon, cinnamon rolls, low-fat granola, low-fat yogurt, and fruit. One line presented the foods from healthiest to least-healthy, while the other line had the order reversed. Regardless of which line they passed through, more than 75% of diners put the first food they saw on their plates; the first three foods they encountered in the buffet made up two-thirds of all the foods they added to their plate. So take a stroll around the buffet or dinner table before you serve yourself, suggests Young. 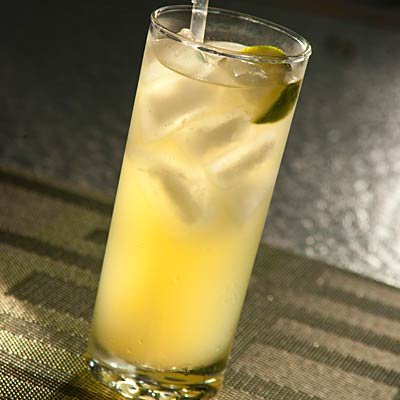 Drink from a tall glass

It's okay to have a cocktail with your meal if that's what you really want, but keep it to one glass and enjoy it slowly, suggests Young. To trick yourself into believing you're having more, pour your drink into a tall, thin glass. A 2005 study published in the journal BMJ revealed that practiced bartenders who poured what they thought was a shot of alcohol (1.5 ounces) into a short, wide glass poured 20% more than when the glass was tall and thin. Add extra ice to your drink to make it look like even more! 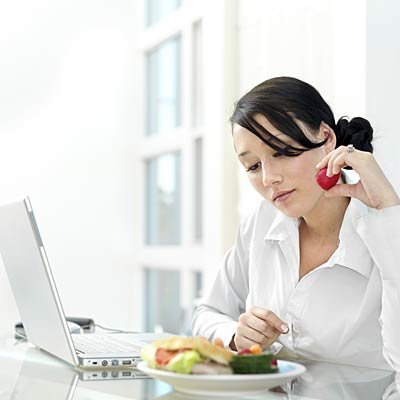 Turn off the TV and put your smartphone away while you eat. A recent review of studies found that people who watched television during meals tended to consume more than those who ate without any distractions. And for you office dwellers? Consider taking your lunch break away from your desk—in an American Journal of Clinical Nutrition study, people who played computer solitaire while having lunch felt less full at the end, and went on to eat more food later in the day than those who didn't play the game. 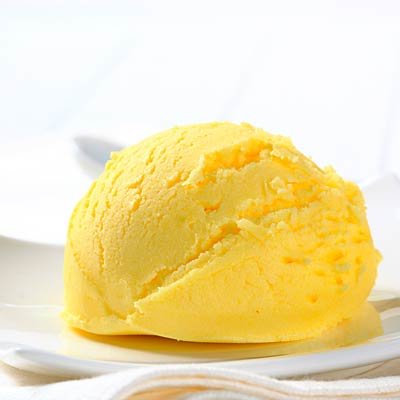 Use smaller serveware and dishes

Turns out that even food experts aren't so savvy about eyeballing portion sizes. In a Cornell University study, 85 nutrition experts gathered for an ice cream social to celebrate the success of a colleague. They were randomly given either a small or large bowl, or a small serving scoop or large serving scoop. Then, the nutritionists were asked to complete a brief survey while the study researchers secretly weighed their bowls. Those given the larger bowls served themselves 31% more without realizing it, while those who used the larger scoop unknowingly served themselves 14.5% more. Moral of the story? Dish up your own food with a small utensil onto a small bowl or plate, and chances are you'll eat less. 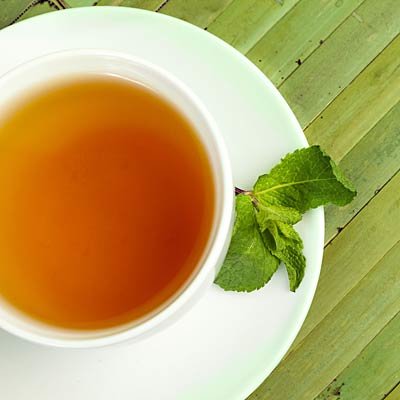 End your meal with a new kind of sweet treat

Many people have trained themselves to expect a sweet treat at the end of a meal, says Blatner. Swap in a new, healthier ritual after meals to signal that you're done eating. She recommends brewing a flavorful decaf tea like peppermint, cinnamon, chocolate, or one of your favorite fruity varieties for low-or-no-calorie sweet-tooth satisfier. 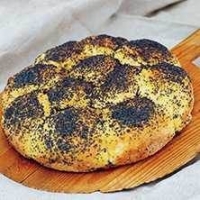 DON'T MISS
How To Tell Sadness From Depression..............
Breast Implants and Emotional Health
Before Your Buy One Of Those Body Fat Monitors
The Atkins Diet Menu Can Change Your Life
How Lose Weight Fast Diets Mislead You
Protein - Its Place In Your Weight Loss Program
Secrets Of Successful Weight Loss
Best weight Loss Techniques
Fat Burning Furnace - Quick Core Workout That Makes Cardio Obsolete!
How To Get Motivated To Lose Weight

She Lost 102 Pounds: Im Almost Half My Size

Foods That Help You Lose Weight