8/17 10:22:20
Losing weight is easiest when approached through the tried and true method of watching what you eat and exercising. Although finding time to exercise during the day can be difficult (especially for those who work long hours), cutting excess calories from your diet need not equate to starving yourself. This article will focus on simple ways through which you can trim the calories off of your meal without even realizing it, resulting in a healthier, happier you.

A common habit among many is eating too fast. This is especially true among those who are hungry, and this can be dangerous. When you eat too fast, your stomach won't signal to your brain that you're full, allowing you to eat more until you actually feel full. This causes overeating, which causes more calories to be consumed. The best way to combat this is to simply eat slower and chew your food more thoroughly. In between each bite of food, put the fork or spoon down and concentrate on chewing. This will allow you to savor the taste of the food, and will ultimately result in a significant decrease in the amount of calories consumed.

Next is portion control. This requires a modicum of discipline on your part, but is in fact a painless way to prevent overeating. When cooking large amounts of food for yourself, place the food on a smaller plate and then package up the rest immediately. By doing this you're forcing yourself to eat smaller portions and preventing yourself from returning to the pot for seconds.

Another simple way to cut calories is within the food itself. The next time you go shopping, ask yourself, "Is real butter necessary?" What about regular soda? Or non-light chips or crackers? It is a widely known fact that losing weight is not about cutting calories so much as it is about changing your eating habits. By eschewing white bread in favor of whole wheat, light butter or margarine in favor of real butter, and fat-free milk in favor of whole milk, you can count hundreds of calories out of your daily intake without even noticing it. The difference in taste is virtually indistinguishable, and the lighter fare is often cheaper than their more robust counterparts.

Have you ever eaten a greasy slice of pizza that soaked the paper plate it was on, making it near transparent? A well-known tip to cut out the fat and calories from a tasty slice of pizza is to take a folded paper towel and blot off the grease and oil that collects on the top. Depending on the slice of pizza, once you're done the paper towel should be dripping with oil and excess calories that served no purpose other than ruining a good pair of pants.

In the end, cutting out extra calories from your diet is certainly not a difficult task. Not only are the alternatives much healthier, but money can be saved due to cutting back on how much of your food you actually eat.
Men Lose WeightWomen Lose WeightWeight Loss ArticlesLow CarbAbout TipsWeight Loss Management
Related Articles 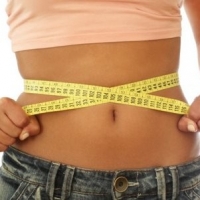 How This Mother of 3 Lost More Than 70 Pounds

To Protein Or Not To Protein?