8/17 10:19:29
This Tea Party movement is sweeping the nation or, at least, that part of the nation comprised of overweight, older, angry, white Americans. While the revolution may not last any longer than Mariah Carey's acting career, I think it's high time the tea baggers looked to capitalize on their notoriety. After all if Sarah Palin can write a best selling book using one and two syllable words and lots of follow-the-dot pictures surely the Tea Party can sell an official coffee mug or key chain to cash in, right?

But what would be the best way for these guys to make a buck? Tea Party action figures? I just don't see it. Would anyone buy little, plastic figures of Joe and Mary Sign Holder? A couple of pudgy, gray haired dolls in matching American flag T-shirts charging to front of a political rally in a golf cart? Holding signs that say, "Health Care is for Sick People!" and "I'm not prejudiced! * I'm just not comfortable around colored people or people who eat goats." Maybe it's me but I don't envision those flying off the shelf at Christmas. I think they end up in the 80% off clearance rack next to the Chia Pets and Snuggies for left handed people.

How about a Tea Party greatest hits CD? Get some big name singers to put their special spin on songs like, "Family values now or I'll kill you", "Speak English you little brown turd" and "Illegal aliens; go back to your own planet". Maybe not such a hot idea after all.

Actually what the Tea Party needs to do is what every semi-celebrity and out of work actor does....start their own diet! How hard can that be? I think that I can help them out and come up with the basic principals of the New Tea Party Diet.

First of all, there has to be a rule that you can only eat foods that have an American name.

Croissants and baguettes? Clearly un-American. Like shiitake mushrooms? You're undoubtedly a socialist obsessed with health care. Got a hankering for hummus? You're probably a pinko, flag burning, over spending, bleeding heart liberal who TIVOs every episode of Countdown with Keith Olbermann. Eat linguine or fettuccine? Were you even born in this country? Well, were you?

With the new Tea Party Diet you stick to simple, traditional, easy-to-pronounce, all American foods. Foods like pie. Apple pie. What's more American then that?

Next, you cannot eat foods that have been picked or harvested by illegal immigrants.

This is a bit of an issue because those pesky Mexicans are EVERYWHERE. In fact, there is almost nothing in the good old US of A that has not been produced, picked, processed, packaged or purveyed that does not have Jose's, Miguel's or Juan's thumbprint on it.

OK, so in the new Tea Party Diet you had better stay clear of fruits and vegetables just in case. Naturally you can grown your own but the new Tea Party Diet frowns on those as-seen-on-TV upside down, Topsy Turvy growers for tomatoes, peppers, strawberries and similar. Upside down is just not the American way. Americans grow their food right-side-up and don't you forget it.

Consequently, forget about the all American apple pie unless you're sure that the apples have been picked by a hard-to-find independent apple grower/picker of Scandinavian or Celtic decent and not by a guy that sprinted over the boarder because he couldn't feed his family on $7 a day. The nerve!

What about fast food? Fast food is at the very top of the Tea Party's food pyramid, right above pork rinds and deep fried Twinkies. But this presents yet another problem. Why? Because the largest employers of immigrants in the entire nation are in the restaurant and fast food industry! Not only that, but if you go to a fast food restaurant and order any kind of value menu aren't you really just getting an edible stimulus package? Think about it. You know how the party feels about a stimulus package. What does all of this mean to the New Tea Party Diet? You got it, ixnay to fast food.

This New Tea Party Diet is becoming complicated. I guess when it comes down to it the only things you can eat are things that you grow in your backyard and animals you shoot out of a helicopter. The good news is that I'm pretty sure you are going to lose some weight. Just make sure that after you have finished the diet you bring your Tea Party ID card to every rally because when you show up lean and mean nobody is going to believe you belong there.
Men Lose WeightWomen Lose WeightWeight Loss ArticlesLow CarbAbout TipsWeight Loss Management
Related Articles 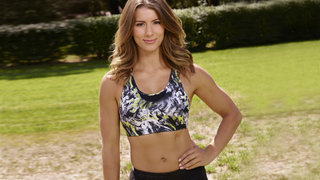 How To Start Eating Healthy