Bloated All the Time? 11 Reasons Why 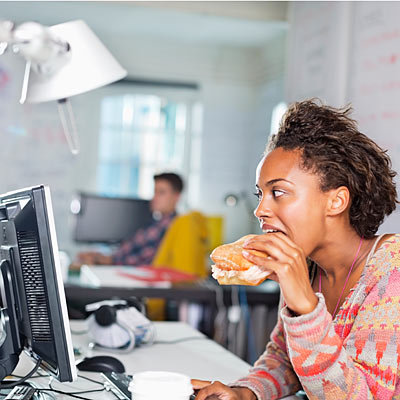 You eat too fast

The pace of life has us all in a hurry, but if that leaves you wolfing down your meals, be warned: besides food, you're also swallowing gas-producing air, which balloons your belly. Trapped air isn't the only bloat trigger here. "When you eat in a rush, you don't chew thoroughly, and that leads to larger food pieces sitting in your gut, waiting to be fully digested," explains New York City nutritionist Stephanie Middleberg, RD, of Middleberg Nutrition. Another speed-eating danger: you lose track of how much you're consuming, and stuffing yourself makes your stomach feel, well, stuffed. Instead of eating on the run, carve out at least 20 minutes for a slower sit-down meal. That's how long it takes your brain to register fullness, signaling that it's time to put your fork down so you don't overdo it. 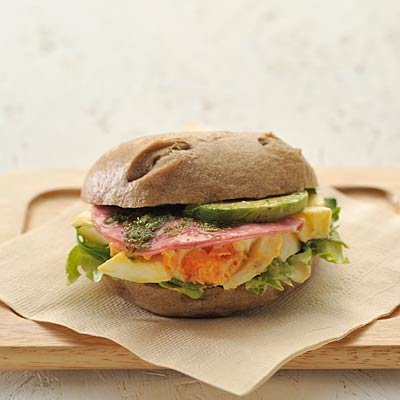 Your go-to lunch is a sandwich

Even the healthiest sammies tend to be packed with sodium. A recent USDA study discovered that the sodium content in the typical sandwich can chew up 20% of your sodium allowance, says Janet Brill, PhD, RD, a Philadelphia-area nutritionist and author of Blood Pressure Down. And a 2012 CDC study listed the top sodium-loaded foods, many of which were sandwich staples. "Bread and rolls ranked as the number-one source of sodium in the typical American diet, and deli meat was number two, with cheese not far behind," says Brill. The CDC recommends keeping sodium intake under 2,300 mg, and you can stay within that number and prevent sodium-induced bloat by alternating your sandwich habit with other foods or forgoing the bread and wrapping it a crisp piece of romaine lettuce. 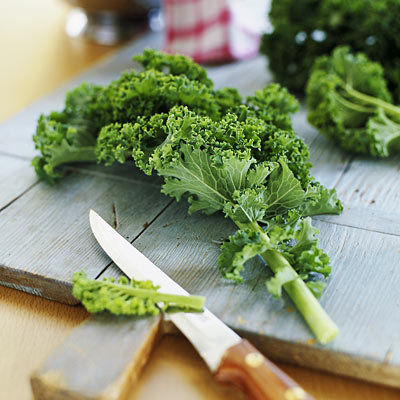 You consume your kale raw

Packed with essential vitamins, kale has a well-deserved reputation as a trendy salad superstar. Thing is, this cruciferous vegetable contains so much hard-to-break-down fiber and an indigestible sugar called raffinose that consuming it raw in a smoothie or salad may bring on gas and puffiness, says Middleberg. Kale is not the only veggie offender; other cruciferous greens like Brussels sprouts and broccoli have the same effect. "Cut down on the bloating by eating less kale and cooking the kale you do eat by steaming or roasting it," suggests Middleberg. You still get the nutrients, but cooking helps soften the fiber and shrink the volume of kale you consume, so it doesn't take up so much gut-busting room in your small intestines. 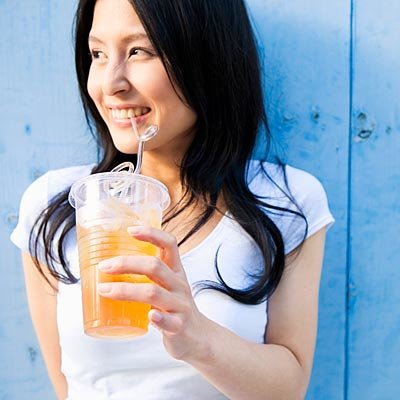 You drink through a straw

Coffee beverages, fruit smoothies, green juice drinks—these days, all kinds of adult-friendly drinks are designed to be sipped through a straw. But as convenient as straws are, they force you to suck in lots of extra air, and that makes you feel like an inflatable ball, says Middleberg. It doesn't make a difference how slowly or deeply you sip; you're taking in the air already trapped in the upper part of the straw, and it's impossible to avoid. Whenever you can, sip your drinks from the rim of the glass. 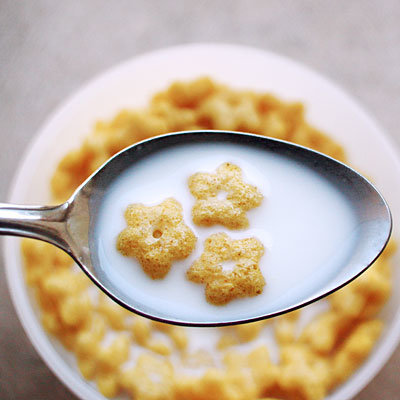 You eat lots of packaged foods

Once again, the culprit here is sodium—it's used as a preservative for tons of processed convenience foods. You know that crackers and chips are sodium bombs, but even healthy-looking items such as soups, salad dressings, cereals, and tomato sauce can have crazy-high amounts of sodium that easily lead you to exceed the 2,300 mg daily recommended limit. (Read more about surprisingly salty processed foods.) "It's a good bet that pretty much any product that comes wrapped in a package contains more sodium than you'd think, and you're unlikely to even taste the salt," says Brill. Dodge the belly-bloating effects by reading labels and going for packaged foods that contain less than 500 mg per serving. And of course, try to cut back on the processed stuff and fill your plate with naturally low-sodium or sodium-free fresh fruits, grains, and veggies.

Related: 13 Foods That Are Saltier Than You Realize 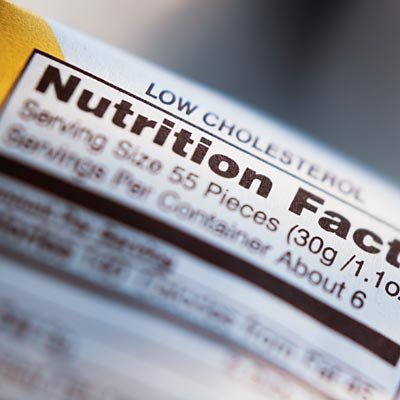 You choose diet or low-calorie products

Artificial sugars such as aspartame and sucralose have been added to everything from diet beverages to gum and candy. But the low or no calories come at a cost. While the FDA has recognized zero-cal sugar substitutes as safe, they're serious bloat inducers. Artificial sweeteners hang around your stomach a long time because your system doesn't digest them well (or at all). Makes sense, considering that they contain nothing your system recognizes as actual food, says Middleberg. "Banish them from your diet, and you'll feel instant relief," she says. 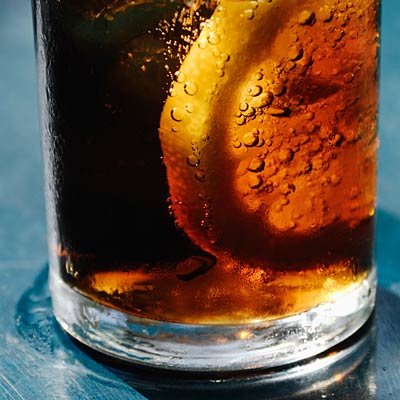 You can't give up your soda habit

The same tiny bubbles that give soda and sparkling water that bubbly sensation also cause your stomach to swell, says Middleberg. Diet soda is an even worse belly bloater since artificial sweeteners can't be digested. (Check out these 10 other reasons you should give up diet soda). Really can't live without you fizz fix? Cut down on the carbonation by leaving it open for a few hours before drinking it or by pouring the drink into a cup with ice cubes. 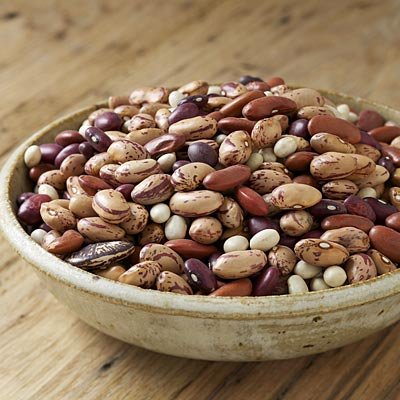 You're a big fan of beans

Kidney, pinto, black, red—beans (plus their legume cousins, lentils and chickpeas) are an awesome source of high-quality plant protein. Unfortunately the carbohydrates in beans tend to be indigestible, and that's what gives them their gassy, belly-bloating reputation, says Brill. Thing is, beans boost the health of so many dishes, from chili to soup to burritos, that it would be a nutritional crime to dump them out of your diet entirely. The solution: take an over-the-counter anti-gas product such as Beano along with your beans. "These contain the enzyme we're missing that makes the carbohydrates digestible," says Brill. "It's safe to take, and it prevents the uncomfortable puffy feeling." 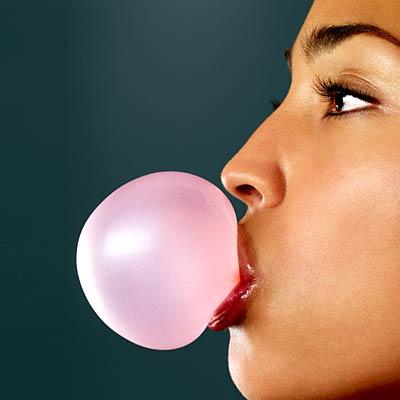 You chew gum or suck on candy

Gum and hard candy keep your mouth occupied, which can help you lose weight or quit smoking. But they too cause you to inadvertently gulp lots of excess air. And as with using a straw and eating too fast, excessive air can lead to belching and that beached whale feeling. Try giving up the gum and suckers and instead take frequent sips of water—that will keep your mouth busy too. There's a bonus to H2O as well: plain water helps keep your GI tract moving, and that gets rid of excess air and water bloating out your system, explains Alissa Rumsey, RD, a spokesperson for the Academy of Nutrition and Dietetics. 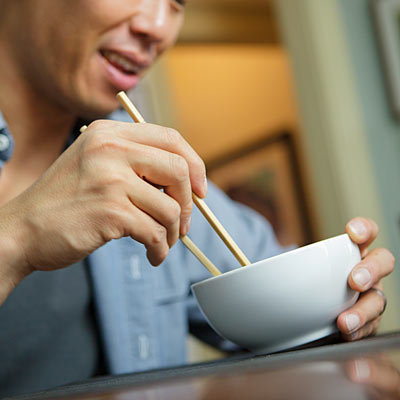 You eat dinner too close to bedtime

If you eat a typical-size dinner within an hour or two of hitting the sack, you're setting yourself up for morning muffin top. Lying down impairs digestion, so if you hit the bed with food in your stomach, it won't be broken down as quickly, leaving you bloated in the a.m., says Rumsey. It's not always easy to shift your schedule, but try having supper at least three to four hours before turning in for the night. Stay on your feet as much as possible to keep things moving before you fall asleep. If you have no choice but to eat right before bedtime, make it something small, like a piece of fruit or yogurt, and refuel with a bigger meal at breakfast, when your metabolism is running high again and your body will benefit from the energy jolt. 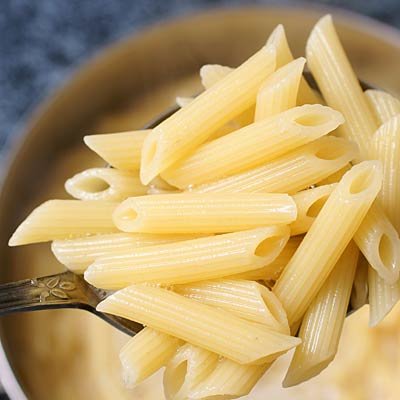 Despite all the attention food allergies score these days (gluten-free mania, anyone?), most of us aren't affected by them. Still, some allergies and sensitivities are a little-known reason for belly expansion. People with a wheat allergy who can't digest gluten often deal with digestive issues and bloating, and if you're lactose intolerant, you'll also experience lots of distention and discomfort, says Rumsey. If you find yourself frequently feeling like a bowling ball, and none of these other factors seem to be the cause, check in with your doctor and ask to be tested for food allergies and sensitivities.

How Much Weight Can You Lose In Two Weeks?

The Truth About Abs And Weight Loss