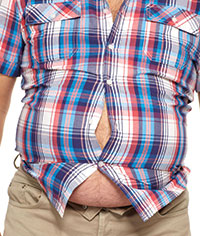 "Our study demonstrated that the amount of improvement in the vessels was directly linked to how much central, or belly fat, the individuals lost, regardless of which diet they were on," said lead researcher and John Hopkins professor Kerry J. Stewart.

If you've seen firsthand how powerfully a low-carb diet helps burn fat and boost health, you're thrilled with these kinds of studies. Finally, researchers admit a low-carb diet trumps low-fat diets for fat loss as well as vascular (and other) health measures.

But the news gets even better: participants on a low-carb diet in this study lost an average of 10 pounds more than those on a low-fat diet.

"After six months, those who were on the low-carb diet lost an average of 28.9 pounds versus 18.7 pounds among those on the low-fat diet," Kerry said.

If you follow these studies, you know researchers allow a wide margin for what they consider a low-carb diet. Some studies severely limit carb intake to Atkins Induction levels (20 grams or less). Others are a little more, shall we say, lenient.

This was one of the more lenient studies.

Researchers here restricted carbs to 30 percent of the low-carb group's diet, coming from foods like bread, pasta, and fruit.

Which, as you know, isn't exactly low carb.

I wonder what would have happened if researchers put these participants on an even more restricted low-carb diet that focused on lean protein, good fats, leafy green vegetables, nuts and seeds, and berries.

In other words, the same kind of diet our Paleo ancestors thrived on, and the one I think we're most adapted to today.

I'm betting that their fat loss and vascular health would have improved even more.

That's what I find so impressive. Even though the low-carb group devoured up to 30 percent of their carbs as bread and pasta, they still lost an average of 10 more pounds than the low-fat group.

Even reducing your carbs a little bit can provide health benefits and fat loss.

But why do it halfway? After all, eating a low-carb (say, around 50 grams a day), moderate-protein, higher-fat whole foods diet allows you to eat the most nutrient-rich, satisfying, fat-burning foods on the planet.

Check out my new low-carb weight loss program Unleash Your Thin if you want more details. 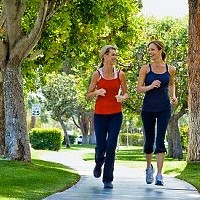 DON'T MISS
How To Lose Weight With Hypothyroidism - Natural Treatment
Weight Loss Success -- The Most Important Determinant
The Magic of Weight Loss
The Critics Of The pH Miracle Diet
The Natural Diet Solution For Pcos And Infertility By Dr. Nancy Dunne
Weight Loss Tips for Women: 5 Solutions to Staying Slim
Get Permanent Fat Loss & Lose Blubber Fast With This Weight Loss Website! - Fat Burning Program
Weight Loss, Do It Today
How To Reduce Buttocks
Weight Loss Through Walking

The Simple Guide To Eating Clean And Losing Weight

Weight Loss — Timing Is (Almost) Everything