Weight Gain: Can We Blame It on the Environment?

According to the Canadian Institute for Health Information, the latest studies indicate that, in the past 20 years, overweight and obesity rates have more than doubled for adults and tripled for children.1 So why the sudden expansion (pun intended)?

Most people believe that obesity rates have increased to near epidemic proportions because we are eating more and moving less. However, this is only partly true. Even though we live in a time where we can super-size almost anything (including ourselves), research indicates that we actually consume less food than before, but we have definitely reduced our overall fitness levels.2

Due to the fact that the obesity epidemic occurred so rapidly (evolutionarily speaking), many researchers believe that the problem may be due to our present environment rather than so-called poor genetics.

Researchers from Stirling University in Scotland, point to evidence that indicates natural weight-control mechanisms in obese individuals no longer function effectively, making it very difficult to control weight gain. The researchers suggest that drastic environmental changes during the last few decades—especially the production and usage of synthetic organic and inorganic chemicals—may be largely responsible for this metabolic malfunction. To further corroborate this theory, research published in the 2002 Journal of Alternative and Complementary Medicine showed that the drastic rise in the use of synthetic chemicals over the years matched the rise in the number of overweight and obese adults in the U.S.2

Many of these chemicals—never part of our evolutionary existence—are found in pesticides, which make their way from the foods we consume into our tissues. Many pesticides have also been shown to negatively affect brain chemistry, and possibly interfere with specific areas of the brain that are involved in weight control.3 A study presented in the Journal of Lipid Research in 2002 indicates that unwanted weight gain (excess body fat) may be strongly linked to hormone-disrupting contaminants. In fact, many of these chemicals act like estrogen mimickers (referred to as xenoestrogens), elevating the body's fat-storing hormones.

One such chemical, called Bisphenol A or BPA, has been shown to both trigger and stimulate two of the key biological mechanisms underlying obesity4: first, it increases the number of fat cells (hyperplasia), and second, it enhances their fat storage abilities (fat cell hypertrophy). The kicker is that BPA is a widely used polycarbonate plastic in our everyday lives (coating in metal cans, in food containers, refrigerator shelving, baby bottles, returnable containers for juice, milk and water, microwave ovenware, and eating utensils). One can easily see how the human body can become weakened over time by things most of us are oblivious too.

Since it is next to impossible to completely prevent exposing ourselves to the thousands of chemicals around us, following are a few tips to give your body the best defence against environmental metabolism-altering toxins. 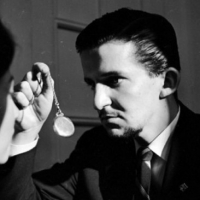 The Surprising Truth About 4 Diet Maxims

Your Diet May Be Making You Fat