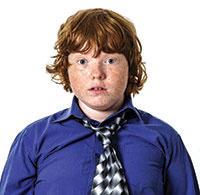 Kids are not only growing up faster than ever, they’re also growing out faster. Statistics show that childhood obesity has more than doubled over the past 30 years and in adolescents it’s actually tripled! Nowadays over one third of children and adolescents are living with so much excess body fat, they are deemed obese.

The fact is, childhood obesity is already a pandemic in many developed and underdeveloped countries. Kids are taking their parents’ lead and putting on pound after pound of fat and they’re doing it at an astonishing rate. The biggest problem is most of these kids are likely to keep all that extra fat and then some for the rest of their lives. Studies show that obese kids have a greater than 50 percent chance of becoming obese adults. If they have an obese parent, the odds climb to 80 percent.

What every adult has to understand is the fact that children will follow their parent’s examples and therefore, you can’t expect your son or daughter to suddenly stop eating crappy food and start exercising if you’re sitting on the couch all day with a bag of potato chips in one hand and a remote in the other! Life just doesn’t work that way. As a parent your main responsibility for helping your kids get on the right path lies in your ability to set a prime example. The same conditions (and the same solutions) apply to both you and your kids. So if you want to stop the cycle, read on…

Aside from the numerous health problems associated with excess body fat, let’s not lose sight of the many selfesteem issues that children these days have to deal with. Images of perfectly proportioned teenage idols adorn almost every kid’s bedroom walls. The problem is when kids worship so-called perfect looking people, they don’t understand why they are so different and why their genetics won’t always allow them to look the way they feel they need to look. Overly image conscious teenagers typically develop negative body images, which are often linked to anxiety issues, low self-esteem and depression, all of which have been shown to develop into fad dieting, eating disorders and a constant negative mindset.

Where does it start?
I have cringed too many times watching countless parents feed their kids pizza, cookies, cake, chocolate, and whatever else they could find to make their children stop screaming and giggle in processed-carb heaven. When are we going to learn that it’s up to us to teach our children the right and wrong way to eat? Interestingly, the parental influence actually begins even before the baby is born.

Believe it or not, the science of Epigenetics shows us that the seeds of obesity are actually planted in the womb. Fat cells can divide during the third trimester of pregnancy and have been shown to be very susceptible to increased insulin levels. Too many of the wrong carbohydrates during gestation causes large amounts of sugar to cross the placenta and enter the fetus, creating a rise in insulin in order to bring the sugar levels down. Constant surges of excess insulin can cause excessive weight gain in the newborn baby—a condition referred to as macrosomia, which is now experienced in at least 10 percent of all births! However it doesn’t stop there.

Studies have been done on mothers’ blood sugar and the effect of elevated levels of glucose on gestating fetuses. Those fetuses whose mother’s blood sugar had the highest readings became markedly obese children by six years of age. This had nothing to do with the mother’s weight during pregnancy. In other words, pregnant women should be very careful with the types and amounts of carbohydrates they consume, not only for their own sake, but also for the sake of their children.

Many offspring of mothers with diabetes have been shown to exhibit unusual patterns of fat growth:

There is a debate in the scientific world as to whether a mother’s insulin is actually able to cross the placenta into the developing fetus, but research is showing that insulin itself may not be the problem. Studies show that insulin injected into diabetic pregnant women is able to raise insulin antibodies, which do cross the placenta. Once in the fetus, these insulin antibodies are able to increase the rate at which fat cells expand and split. This and other research is showing the link between diet during early pregnancy and the effect it may have on fat metabolism later in life (being pregnant is not an excuse to eat everything in sight).

Never diet during pregnancy
Just as overeating and increasing carbohydrate consumption during pregnancy can set the stage for your child’s weight issues later in life, caloric restriction or undernourishment—as in fad or yoyo dieting—during pregnancy can pose its own threats. Studies show that mothers who experienced caloric deprivation or malnourishment at a critical period during their pregnancies gave birth to children who had high rates of obesity, diabetes and cardiovascular disease later in life.

Start them young
Kids want things. They want the sugar-coated cereal they see on TV every Saturday morning. They want pop during recess at school. They want the munchie combo pack while watching their favorite movies. But guess what? Parents don’t have to give in to their “I gotta have it now” cries. Instead of giving them what they want, give them what they need. Parents must teach kids and guide them into battle to save them from a life of obesity and poor

But you may be thinking, won’t this intervention just drive my kids to be so conscious about their weight that they’ll go too far and have an eating disorder? The answer is no, so long as you approach obesity in children in a non-threatening way. You shouldn’t be so concerned about weight; instead, focus on body fat and how it influences their health.

Over-fat kids are not genetic freaks. Over-fat kids rarely have a sluggish thyroid. Instead, they eat too much of the wrong foods, and they don’t get enough physical activity. Concerned parents must feed themselves and their kids the foods that will awaken their fat-burning arsenals. Kids must be discouraged from doing too much sedentary activity, such as watching television, playing video games, or surfing the Internet. They must be encouraged to do vigorous activities that keep them on the move. In the end, it really boils down to common sense. 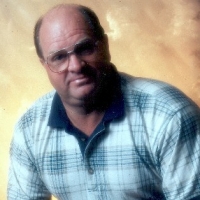 DON'T MISS
Are You Fat? Strip Midriff Fat
How Fast Can You Lose 50 Pounds?
Tips on How to Lose 10 Pounds in a Span of 6 Days
Melt Belly Flab in 4 Weeks - Discover the Hottest Diet to Melt Fat Off and Drop Pounds Fast!
Menopause Weight Gain - What Are Some Natural Remedies
Burn The Fat Feed The Muscle Scam - Burn the Fat Feed the Muscle Review
Get Rid Of Excessive Body Weight With The Most Effective Weight Loss Pills
HCG Diet Owns Dangers or Not
Exercises To Lose Weight Quickly Can Be Fun
Understanding Medically Supervised Weight Loss

6 Secrets for a Faster Metabolism