Losing weight and keeping it off is not a simple process as evidenced by the fact that the majority of persons who lose weight regain the weight within one to five years.1 The reasons for over 80 percent recidivism rate in gaining back weight previously lost are multifactorial2—it is not simply an issue of calories in/calories out. There are different issues as to why some people have more difficulty losing weight than others—and those issues are not necessarily the same from one person to another. Two such issues are being a slow calorie burner and having difficulty controlling appetite/hunger. This article will discuss these issues and presents some of the dietary supplement ingredients that may help.

Difficulty controlling appetite/hunger
Some individuals seem to be frequently hungry, have a large appetite, and reach satiety slowly. These are actually separate but related issues. Hunger occurs as the result of physiological cues telling us we are hungry, such as an empty or growling stomach, a decrease in blood glucose levels, and alterations in circulating hormones—and two out of three people indicate that hunger causes them to cheat on their diet.5 Appetite is the psychological desire to eat, and is associated with sensory experiences or aspects of food such as the sight and smell of food, emotional cues, social situations, and cultural conventions. Hunger acts as the more basic drive, while appetite is more of a reflection of eating experiences. Satiety is the physiological and psychological experience of “fullness” that comes after eating and/or drinking. As was true for hunger and appetite, a number of factors influence the experience of satiety including gastric distention, elevations in blood glucose and alterations in circulating hormones.

Caffeine: a calorie-burner
Research has indicated that various doses of caffeine can have a thermogenic effect, causing people to burn more calories. Interestingly, more isn’t always better. In one double-blind study,8 100 mg of caffeine was more effective than 200 or 400 mg in increasing thermogenesis/calorie burning. Furthermore, caffeine intake was associated with a greater release of fat compared to placebo. In another double-blind study,9 100 mg of caffeine resulted in a 16 percent increase in calorie-burning over a 2-hour period compared with placebo.

Oligofructose prebiotic fiber: an appetite reducer
Oligofructose is a type of fiber (typically derived from chicory), which can act as a prebiotic—that is, a source of food for friendly bacteria or probiotics. In addition, research shows it can help reduce appetite. In a randomized, double-blind, parallel, placebo-controlled trial,10 men and women received 16 g of oligofructose daily (in divided doses) for two weeks. Results showed that those receiving the oligofructose had an increase in friendly bacteria and lower hunger rates. Furthermore, oligofructose significantly increased levels of certain hormones that help control appetite (glucagon-like peptide 1 and peptide YY). Consequently, the oligofructose group ate 6.67 percent less calories and had significantly reduced hunger compared to placebo group. Another single-blinded, crossover, placebo-controlled design, study11 with oligofructose showed similar results.

Garcinia cambogia: reducing calorie intake
Garcinia cambogia is a plant found in tropical regions of Asia, Africa, and Polynesia.12 The active compound in Garcinia cambogia is known as (-)-hydroxycitric acid (HCA).13 Among other properties, this compound may help reduce calorie intake. In a 6-week randomized placebo-controlled single-blinded cross-over trial14 overweight subjects consumed a drink with Garcinia cambogia providing 300 mg HCA. They took this drink or a placebo three times daily for two weeks. The results were that the calories consumed were decreased by 15–30 percent with HCA compared to placebo. Also, body weight tended to decrease, and satiety was sustained.

Conclusion
Losing weight and keeping it off is tough to do, and absolutely requires the use of a healthy diet and exercise program for long-term success. However, the use of citrus polyphenols, caffeine, oligofructose and Garcinia cambogia may help make the job easier and lead to a better outcome. 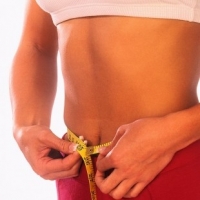 DON'T MISS
Paleo Diet Weight Loss â€“ The Failure Rate Is High!
Slim Down With These Smart Weight Loss Tips
All You Need To Know About Your Healthy Weight Loss Plan
Cognitive Benefits Of Cycling
How To Lose Belly Fat Naturally And Without Surgery
Is The HCG Diet Right For You? Learn How The Diet Works To Help You Lose Weight Fast
Diets - Shed the Pounds Off Your To-do List
Weight Loss Plateau Breaker
What is the Best Cellulite Exercise?
I Want To Lose Weight

Weight Loss Success Story: I Got My High School Body Back