Repeat a lie often enough and people take it as truth. This describes the plight of the hackneyed statistic that 95% of all diets fail.

Writers still tout this number as "Paul's Gospel" even though this study happened over 50 years ago. Dr. Albert Stunkard, Emeritus Director of the Weight and Eating Disorders Program at the University of Pennsylvania School of Medicine, crafted this investigation in the 1950's.

After examining 100 dieters, Dr. Stunkard found that only two people out of 100 sustained their ideal dieting weight after two years.

Much in the world of dieting has changed since then, and new research heralds more change. Even Dr. Stunkard is a part of these advances. In 1996, he participated in a study that concluded that yo-yo dieting, or weight cycling, does not adversely affect the body's metabolism or body fat distribution.

Other dieting insights published in the Tufts University Health & Nutrition Letter discussed the finding of researchers at the University of Kentucky.

Five years after dieting, people kept off an average of about seven of the pounds they had originally lost. This is noteworthy, considering that many people naturally gain weight with age.

The study further demonstrated that those who exercised the most frequently kept an average of 33 pounds off. Yet, the people on stringent calorie restricted diets tended to lose an average of more than 40 pounds and, five years later, kept off only 15 of the pounds they lost.

To further expound upon the determinants of dieting success, psychologist Andrew J. Hill questioned the belief that dieting makes a person fat and published his finding in the British Journal of Nutrition.

As Hill- a lecturer at Leeds University School of Medicine at Leeds, England-sees it, we've oversimplified the environmental, social and psychological factors that influence our self-image and weight. Also, would-be dieters too often assume that thin people never diet, when in fact, these svelte folks may be dieting experts.

Similarly, Erin Putterman and Wolfgang Linden investigated whether dieting for health or vanity creates the negative situations associated with chronic dieting such as fasting and purging.

Their findings, released in the Journal of Behavioral Medicine, concluded that when health-consciousness inspires a woman to diet, she is less likely to engage in desperate dieting attempts.

In short, it proposes that women who failed at dieting have failed to resolve three critical issues- their identity crisis, educational crisis and celebration crisis.

Excepted from Skinny Fat Chicks: Why We're Still Not Getting This Dieting Thing by Naweko San-Joyz

Are you a pro at yo-yo dieting? Let Naweko show you how to go from slob to sexy using the secret mind tools that even fitness models won't tell you about. Get the real scoop on how to lose weight and keep it off at http://www.Noixia.com, home of "Skinny Fat Chicks: Why We're Still Not Getting This Dieting Thing" ISBN:0974912212. 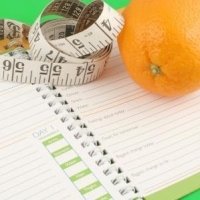 DON'T MISS
Phentermine Hydrochloride to Reduce Extra Weight From Your Body
Weight Loss: Its Mind Over Fatter
Best Fat Burning Exercise - What it is Truly Comprised Of
Find The Best Weight Loss Program
How To Lose Pounds - Quick Weight Loss Secrets from a Proven Plan
Weight Loss Diary, Day 1
12 Ways to Stay Active When Its Too Hot to Work Out
Weight Loss Survey! Find out why Dieters Fail To Lose Weight the want!
Everloss - Simply Weight Loss without Complications or Counting?
How Liquid Calories May Be Making You Fat... Even Your Favorite Protein Drinks!

This Is The Last Diet Youll Ever Need

Losing Weight Without Dieting - Why Its Best For Permanent Results

The New Superfoods for Weight Loss