What Cows Know About Weight Loss That We Have Forgotten


I want to talk to you about cows and what they can teach us about weight loss, or more specifically, fat loss. While it may not be obvious, we can learn a very important lesson from cows.

Not so many years ago, cattle were herded across the central plains. North in the summer and south in the winter, following the good weather. While moving several thousand head of cattle on horseback, it was impossible to bring food for the animals, so the route taken had to include grasslands or prairies where the cattle could graze.

With the advent of cattle ranches and barbed wire, it became increasingly more difficult to run cattle across the open range. Instead of moving the cattle to the food, ranchers began to bring the food to the cattle. With a change in diet came a change in the meat and dairy products as well.

You know the old saying "you are what you eat"... well, the same is true for cattle. Cows that consume a diet of fresh grasses instead of dry cattle "feed" end up consuming a higher concentration of many nutrients as well. One in particular that I'd like to discuss with you is a fatty acid called conjugated linoleic acid, or CLA.

Throughout time, people who ate beef and drank milk from cows that were "range fed" ended up consuming a healthy amount of CLA. Since then, the amount of CLA that cattle consume has decreased dramatically, and so they are passing less along to those of us further down the food-chain.

So, what does that mean for us? Well, once upon a time, people were able to make meat and dairy a part of a healthy diet, and that beef and milk actually helped them to stay lean.

The actual way in which CLA keeps animals (like us) lean is still somewhat of a mystery, but through observation, scientists are able to see that it works... and it works very well. A double blind study of obese humans in Norway showed that after 12 weeks, the group that took a little over 3 grams of CLA per day had a statistically significant decrease in body fat mass (BFM) and a statistically significant increase in lean body mass (LBM). These results were acheived without a significant lifestyle change.

I've been hearing about CLA for years now from friends who have lost pounds, fat and inches, and I've begun to take it myself as well, finally. I'm walking thirty minutes a day, five days per week, reducing my caloric intake, and taking CLA three times per day. I'm looking forward to updating you on my progress, and I hope you'll join me as well.

Before you decide, let's look at what we know about CLA and its effects. Studies show that CLA reduces body fat and weight in four ways:

In addition to decreasing fat, CLA also helps to increase lean muscle mass. This helps in two ways, first of all, muscle looks better and more natural than fat, and secondly lean muscle burns calories. It's a synergistic effect that compounds as you lose more fat and increase muscle.

Give CLA a try, you've got nothing to lose but fat!

Michael Callen is the author of the Weekly Weightloss Tips Newsletter (http://www.weeklyweightlosstips.com) and the Chief Technology Officer for WellnessPartners.com (http://www.WellnessPartners.com), an online retailer of dozens of health and wellness products such as conjugated linoleic acid (CLA), r+ alpha lipoic acid (R+ ALA), and green tea extract. 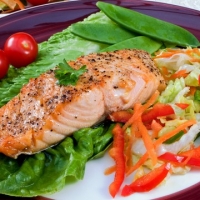 DON'T MISS
How to Lose Belly Fat Fast and 7 Easy Way
Fat Burning Furnace - This Best Fat Loss Workout Program Really Delivers!
Lap-band Surgery: Food Choices Dictate Success
Dieting when poorly. Healthy chicken soup for the heart and body.
Step-By-Step Quick Systems Around Phen375
Are the Criticisms of Provida Six Week Body Makeover Valid?
How To Get A Flat Belly Easily Without Exercise?
How Can I Get Motivated To Lose Weight? Will Small Changes To Lose Weight Really Make A Big Difference?
Want a Cheap Alternative to Expensive Diets? Take a Look at This!
Garcinia Cambogia Supplement: Solution For Weight Loss

How To Get Ripped Six Pack Abs

How To Detox Your Body