According to Veronica Atkins, the widow of Dr. Robert Atkins, the cause of his death was from falling on a slippery sidewalk with subsequent irreversible brain damage (from a CNN interview, February, 2004). Many critics of the Atkins Diet Plan claim the fall was due to a heart attack. This has not been verified to date.

With all due respect to Veronica Atkins, I would like to assume Dr. Atkins did in fact suffer a fatal heart attack. This is in order to answer the following questions...

Medically speaking, it is incorrect to associate Dr. Atkins' fatal heart attack to the use of his low Carb diet. There are two reasons for coming to this conclusion.

However, both events occurred well above the age of 55...the cut off used for men to assign an increased risk for cardiovascular events to their first degree relatives. He was at an age which allows for the exclusion of any significant cardiovascular risk passing to his children.

From an epidemiology view point, risk behaviors like smoking or eating a high fat diet are no longer considered as primary contributors in Dr. Atkins' death.

Yes, eating a high fat diet may have played a role, but this is only speculation. Because Dr. Atkins was 72 at the time of his death, no risk for similar events is passed onto his first degree relatives and the risk for cardiovascular events is the same for everyone at that age.

With all due respect, he died of old age. To blame the Atkins Diet Plan and low Carb diets in general is medically irresponsible. At 72 years old, there are several factors to consider when faced with a fatal heart attack, including the aging process itself.

Veronica Atkins was quoted by CNN...

"My husbands health at the time of his death is a sad and distracting sideshow, taking time away from an intelligent debate of the known science."

For a more detailed discussion on cardiovascular risk and age, please visit...

The only correct way to measure a diet's effectiveness (or lack there of) is to study the evidence provided by clinical trials. Recently, a few good studies have reported on the effectiveness of the Atkins Diet Plan and other low Carb diets.

In short, low Carb diets, measured at one year, are safe and effective in helping dieters lose weight.

Like all diet types, the evidence for long term effectiveness (2 to 5 years) is sparse and inconsistent.

And lastly, low Carb diets that promote long stages of measurable ketosis may cause rapid weight loss that is too extreme. This is a great way to guarantee weight regain in the near future.

Bankruptcy does not belong in a scientific discussion of a diet's effectiveness.

Dr. Smith is the Chief Medical Consultant for Diet Basics, a content rich weight loss website dedicated to all dieters. Please visit his site at... 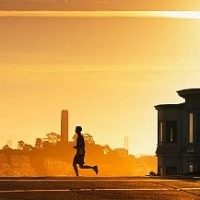 DON'T MISS
Half My Size at Last
Use Your Bodys Natural Hormones For Permanent Weight Loss
Strip That Fat Review - Does This Diet System Work?
Healthy Weight Loss Products
Natural Herbal Weight Loss Pills Review By Health Expert
Benefits And Risks Of Taking Weight Loss Supplement Pills And Find Out Why Phen375 Is The Best Weight Loss Pill On The Market
Friday Night Lights Season 5 Episode 10 - Don't Go
End Your Love Affair with the Scale: How to Break the Weighing Habit
Can Breathing Help You Lose Weight?
Every Other Day Diet Torrent Download

How to Slim Down at Any Age

I Did It! Ready For My Selfie