Rapid Weight Loss - Is It Healthy and Does It Work?

There have been many FAST weight loss systems that have come and gone over years - The Cambridge Diet and Slim Fast are two that spring to mind. "LighterLife" is the latest meal replacement diet to tempt the public. This rapid weight loss programme is intended for those people who need to lose 3 stone or more. Why 3 stone or more you may ask? Well, one simple reason is that the programme FORCES the body to break down its own tissue at such a rate (they advertise a stone a month), that anyone without enough fat and tissue on the body, really wouldn't last long on the programme at all, and of course Lighter Life wouldn't earn as much money from them!

LighterLife is a very low calorie diet. Now, there are low calorie diets and there are LOW calorie diets - this is one of those LOW varieties if you get my drift! It provides at best 450 calories per day - I know because I have seen the nutritional breakdown of the sachets and food bars that are used in place of 3 standard meals per day.

Aside from the issues and pitfalls (both socially and psychologically) of living on 3 sachets of synthetic nutrient powder everyday, let me explain further what this does physically and chemically inside the body.

Fast, or rapid and extreme weight loss via hypocaloric (very low calorie) feeding happens because the body rapidly loses water (due to loss of glycogen and protein, both of which contain water), as the body quickly begins to break down muscle, and then fat. It is thought that around 25% of the weight lost on a very low-calorie diet (or low-carb diet) is actually lean muscle tissue.

"So what" you may thinking?

Well, the downside is that it damages metabolism. Long-term, the metabolic rate is driven DOWN to an all-time low, as the body thinks that it is being starved, which it is! FEWER calories are burned on a daily basis, as the body tries to conserve as much energy for "survival". When calorie intake is increased (which it has to be at some point), although this lifts the metabolism again, it doesn't increase it to the same levels as before. The body fails to burn the same amount of energy (calories) as it once did, and weight gain (in the form of fat) is faster than it was before. In order to avoid this happening at its very worst, calorie intake must be increased very gradually, and at the same time, physical activity (including resistance exercise to build back lean tissue) must be increased, and maintained. There are still many people desperate to lose weight that will not except that exercise and healthy "intelligent" eating is the key to long-term successful weight loss and weight maintenance.

Paradoxically, exercising while ON a very low calorie diet is NOT healthy - in fact it is dangerous! This is because the body is already in an acidic state (due to the use of ketone bodies as fuel - see below), and exercising without enough carbohydrate as a fuel increases levels of acidic by-products even more. This increases the risk of metabolic acidosis - which can lead to coma and death!SO?. Those on the LighterLife programme should be advised NOT to exercise all the time they are on this starvation diet. Their bodies are too busy breaking down their own tissue to cope with much else!

We need at least 1000 kcals/day just to maintain our normal metabolic rate and most physiological functions - ideally 1500 kcals to ensure we are meeting all our basic nutrient requirements. Existing on such few calories and forcing the body into starvation mode, means the body must begin to break down it's own tissue for fuel, and to provide the body with the necessary amino acids (i.e. protein) for many bodily functions. By the way, the heart is a muscle, so there is a danger of losing heart muscle too on such a low calorie regimen - which is not something anyone would knowingly want to do? especially if there is a risk of any form of heart disease in the family.

Being so low in energy (calories) is one reason that LighterLife (LL) works. But another reason for the speed of weight loss has to do with the fact that is very low in calories from carbohydrate (CHO). Remember carbs are our main source of energy. Restricting intake of carbohydrates forces the body to make and use "ketone bodies" as an energy source. Ketones are formed in the liver, mainly from fat, and transported to tissues, as well as the brain.

Blood levels of 2 main ketones (beta-hydroxybutyrate and acetoacetate) rise, along with the by-products acetone and acetol. You can smell acetone on the breathe of people on very low CHO diets, and it is not very pleasant! These by-products go on to make a substance called glycotoxin methylglyoxal, which consequently also rises in the body. It is THIS substance that can cause blood vessel and tissue damage - something that has been shown in scientific studies. So those people on very low carb diets for a long time (and using ketones as energy) may well be at a far greater risk of vascular damage. This is something everyone should understand when they are considering these extreme forms of weight loss.

Now, not even the Atkins is quite as low in CHO as LL! Three LL sachets provide a mere 24g CHO a day. We need AT LEAST 140-150g carbohydrate to maintain our lean tissue and stop the body breaking down it's own tissue for energy. However, we need a lot more than this if we exercise or are active regularly. If you try and maintain an exercise programme, while eating a low carbohydrate diet, you'll find you won't get very far in terms of increased fitness and increased lean tissue. In fact you'll lose tissue as the body breaks down muscle to a) use as a potential fuel, and b) to repair the exercise-induced muscle damage. You'll only be able to sustain a certain intensity, as above a certain threshold the body can only "go up a gear" by making quick-fire energy from glycogen (carbohydrate) stores and of course if nothing is there - you simply feel "flat", weak and unable to sustain the workload.

I'd like to move onto another important issue, which is never discussed with regard to these weight loss programmes.

The issue of calcium is something that I am concerned about. LL says it provides 900mg of calcium in 3 meal replacement sachets or bars. The first problem is the FORM of calcium used. Calcium carbonate is one of the cheaper forms of calcium, and many reputable supplement companies don't now use a lot of calcium carbonate - at least if they do it is usually combined with a chelated form such as citrate to improve absorption. There are much more absorbable and better forms of calcium now available. We absorb about 40% calcium carbonate. Those with compromised gastrointestinal function, and especially low levels of hydrochloric acid may not even absorb that much.

The second problem or "flip-side" of the coin is that you can NEVER rely on supplementation alone to meet your daily nutrient requirements, and assume that the body will utilise these just as well as it would from food. Ironically 900mg calcium may be TOO much for the body to effectively utilise in this form, with little else to help its utilisation.

LighterLife provides NO FOOD - but seems to think that's OK because the sachets give you all the nutrients you need!?

There is next to no fibre (see below) in a daily intake of LL food powder, and of course no phytonutrients and the array of antioxidants that we find in fresh food - all of which have their own wonderful properties and health benefits - many of which by the way are important for a healthy metabolism!

Calcium plays a vital role in dental health. Not only is it the main mineral constituent of teeth, it also plays a role in saliva, where it has been implicated in remineralising tooth structure after acid attack form plaque bacteria. Whether or not a lack of calcium over 6-12 months significantly effects gum and tooth health is not conclusive, but Dental Practitioner, Dr Rob Endicott had some other interesting things to say about LighterLife?

"I am not a fan of LighterLife and am interested in your comments about the problem of the calcium delivery methods in the product. The problem I have with LighterLife is the lack of chewing, allowing plaque and tarter to build up more readily, having a very direct effect on gum and tooth health, and we have seen this in practice".Mmmmm? now there's a thought!

By the way there is the small issue of fibre! There is less than half the necessary requirement for fibre in a "days nutrition" from Lighter Life. Basically bowel function shuts down after a while - the brain doesn't get any signalling that the bowels are full! Toxins can't move out through the system so I imagine they are re-absorbed back into the bloodstream, and there is a lot more work for the kidneys to do to excrete waste from the blood. Of course the bowels don't get a good daily clean either, which is one of the major roles of fibre in the diet!

I shall leave you all with this final comment?

"IT IS FAR SAFER, AND IN THE LONG RUN, MORE EFFECTIVE TO LOSE WEIGHT AT A SLOWER RATE WITH ENOUGH CALORIES, FIBRE, NUTRIENTS, AND CARBOHYDRATE TO PRESERVE HEALTH, AND MUSCLE TISSUE. GLUCOSE IS OUR PRIMARY FUEL, FOR THE MUSCLES AND BRAIN, NOT KETONES. THE ACIDIC STATE OF KETOSIS IS NOT HEALTHY TO PRESERVE BONE HEALTH".

Lucy-Ann Prideaux is a registered Nutrition based in East Sussex, England. She helps many individuals with weight problems, digestive complaints, food intolerances, and dietary-related health problems. 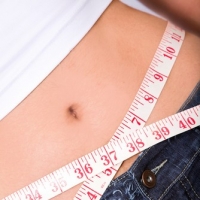 3 Ways to Indulge Without Gaining a Pound

Get a Killer Beach Body in Just Four Weeks