Adherence to diet for one year, not the specific diet plan, is the most important determinant of successful weight loss. According to the results of a randomized trial published in the January 2005 issue of JAMA. When comparing Atkins, Ornish, Weight Watchers, and Zone diets, the author recommends the "low fad" approach.

Successful weight loss is best achieved by following the low fad approach. The low fad approach to losing weight involves moderate reductions in caloric intake with increased physical activity. There is nothing "fad" about this approach and is supported by a few studies.

The fact that the low fad approach is backed by scientific evidence is key...the fad diets currently in the market have very little credible evidence supporting their claims.

So, besides the lack of evidence backing the claims made by fad diets, there is no consistency from one diet to the next within the same category of diet type. This makes it extremely difficult to study the fad diets and measure the effects on your health, let alone your chances for successful weight loss.

At a single academic medical center, 160 overweight or obese adults were randomized to the Atkins, Zone, Weight Watchers (calorie restriction), or Ornish diet. The total time of the study was one year. The age range was 22 to 72 years, mean body mass index (BMI) was 35 kg/m2 (range, 27-42 kg/m2), and all participants had high blood pressure, high cholesterol, or diabetes.

After two months of maximum effort, participants controlled their degree of adherence to the diet. Primary outcomes were changes in baseline weight and cardiac risk factors at one year, and dietary adherence rates based on self-report.

The percent of subjects who were able to finish the study and stick with their diets for one year were 53% for Atkins, 65% for The Zone, 65% for Weight Watchers, and 50% for Ornish. Participants who discontinued the study were assumed to have no change from baseline in their weight.

The study limitations include the inability to identify a "best diet" and the limited ability to exclude long-term safety risks.

Lastly, the author stated, "One way to improve dietary adherence rates may be to use a broad spectrum of diet options, to better match individual food preferences, lifestyles, and cardiovascular risk profiles." I have always supported the idea of more personalized weight loss plans.

Dr. Smith is the Chief Medical Consultant for Diet Basics, a content rich weight loss web site. He is dedicated to the education of all dieters. Please visit his site at Diet Basics. 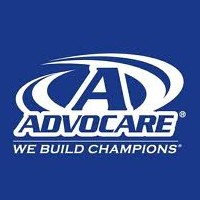 Using Fiber and Protein to Control Your Appetite