Low Carb Diets - Are They For You?


The revolution is here. Weight Loss as we know it has changed forever because of one diet.

One diet that has reached beyond the weight loss program boundaries and invaded areas heretofore unknown: areas like beer commercials and even the all sacred fast food menus.

There was even a recent report on how this diet has taken a huge revenue chunk out of the bread and flour industries. Now that's power.

You know which diet I'm talking about of course.

The low carb diet isn't new. In fact it's been around for years (long before Atkins wrote about it). And yet it just keeps pressing on, affecting our food choices and popular culture.

So what is it about the low carb diet that makes it so popular? Here are 3 reasons:

While the type of food is restricted to low carb or no carb, you don't have to restrict how much food you eat (in theory).

This fact makes the low carb diet popular with those of us who have been starved and deprived by low fat diets for years.

It's a kind of 'have your cake and eat it too mentality' (as long as the cake is low carb!) Essentially the low carb diets says 'Eat all you want and STILL lose weight'

Human nature being what it is, we love to break the rules, step over the line, tempt fate, and do something 'bad'.

We've been told for years that low carb foods - foods like eggs bacon, cheese, cream cheese, butter etc, are bad for us. With low carb diets we can lose weight while breaking all the low fat rules we've come to resent.

#3 People feel out of control with carbs

You've seen the plethora of new books and articles surfacing regarding carbohydrate addictions or cravings. Many people have bought into the mentality that they are 'addicted' to carbs (much the same way we get addicted to cigarettes or caffeine).

They feel that when they eat carbs, their cravings get out of control and instead of having one brownie for example, they can't stop the cravings and they eat the whole tray. So for some, low carb foods become the safe territory where they can eat and not feel out of control.

Those are several reasons why low carb diets are so popular but do they work?

But to break it down to an individual level, here's my take:

For the low carb diet to be successful, you have to approach it as a life change (and that's a big life change).

You have to be dedicated to getting over the transition period (often called carb withdrawal) which can feel pretty lousy.

You have to dedicate yourself to finding new low carb ways of eating, new low carb recipes and products. It can be done - but you'd better be willing to put the work in.

However for those just looking for a chance to eat all the 'bad' food they want and still lose tons of weight in 2 weeks - save yourself the pain, the carb withdrawal and the keto-strips and just cut down your portion sizes.

Kathryn O'Neill is a contributing writer to Diet and Weight Loss Reviews. 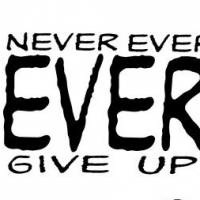 DON'T MISS
Alternative Weight Loss
Hypnosis Weight Loss - Can You Really Naturally Lose Weight You Want?
Glycemic Load Index
Reality TV Inspires Realistic Weight Loss
Healthy Food Plan - For Those Who Do Not Have Enough Time To Prepare A Healthy Meal
How I Lost Weight And Got Google To Pay Me For It
Weight loss without exercises with Green Tea
Weight Loss California
The Trauma of Weight Gain
Fastest Way To Lose Weight

The Real Reasons We Eat Too Much

Diet Your Way To Happiness

The Diet Plan for a Skinny New You