Food: The Proof Is In The Portion


We are a large people. 65% of us are overweight, 30% actually obese. How did we reach this point?

We ate ourselves into a prison of our own fat.

Well, we certainly didn't sit down and decide that we wanted to gain weight, did we? We had no pressure on us to fatten ourselves for some eventual slaughter. On the contrary, as our collective girth increased, we paradoxically elevated scrawny to a cultural icon, happily dismissing the corseted matronly figures of the past two centuries.

Where did the disconnect between our reality and our ideals begin?

While all of these made their contributions to our current plight, one source of our caloric distress runs through everything: portion size.

We eat hamburgers - not the gigantic, multi-patty ones, just a standard burger - that are 3 times as big as those of 30 years ago. Our orders of french fries are at least twice the size of their cousins in the 1970s. Pizza no longer has cheese only on the top but its crust is also filled. Large soft drinks are the size of watering cans instead of baby bottles. Recipes that once announced "serves 8" now report "serves 4" with exactly the same ingredients. Bagels and muffins are 3 to 4 times as large as their predecessors (and any fan of Seinfeld knows that only the tops are worthwhile). Thank heavens for hormones that can produce the 20 to 30 pound turkeys we demand for our holiday dinners.

Compare the small boxes of frozen vegetables that so awed us in the 1950s with the huge bags available today, awash in butter or cheese sauce. The TV dinners we precariously balanced on rickety tray tables are now heavy enough that those same tables wouldn't hold them.

Restaurant meals have grown as well, with a "to go" container almost standard because few eaters can finish them (although we try terribly hard). Far from their smorgasbord roots, buffets have become almost obscene in their offerings.

Whatever happened to nouvelle cuisine? Has the fastidious gourmet been completely swallowed by the voracious gourmand? Is gluttony no longer a deadly sin?

We love nothing better than a good bargain: something for nothing or, at the very least, at a discount. If we can obtain just a few more ounces of something for negligible extra money, we pounce on the larger size. If we're offered two for the price of one and a half, we don't have to stop and think. If we can save money by buying a whole package, even if we don't want all of it, we'll do it because it makes economic sense (ah, the birth of super size!)

Where did we get the idea that bigger is better? Is it the national legacy of the depression when we swore we'd never "do without" again? Is it a natural spillover from our thoughtless squandering of the world's resources? Is it the speed and stress of our competitive lives that logically leads to our attacking our food with the same disregard for restraint we show in business?

Whatever has brought us to this point, it is time for us all to cry "enough!" We may fear terrorist attacks or biological warfare but it is our daily over-consumption of food that is killing us. Diabetes, clogged arteries, and other obesity-related illnesses cost 350,000 American lives a year and the figure continues to climb. The associated medical costs are staggering and threaten eventual bankruptcy for the Medicare system if not reined back.

Several states and school districts are attempting to apply brakes to a junk food society out of control. A change in the structure of our farm subsidy programs has been suggested - to reward the growers of healthy crops and penalize those who raise the building blocks of edible garbage (sugar and corn syrup). Taxation, as has been used to curb the purchase of cigarettes, could change the consumption equation by hitting our wallets (and a 1 cent tax on every soft drink sold in the United States would raise 40 billion dollars a year).

However, the great change will only come when each of us, individually and collectively, start cutting back.

We need to insist, repeatedly and loudly, that restaurants serve child and senior size plates to adults and split orders without extra charge (where are the class action lawyers when you need them?) We have to demand that small sizes of meal components are offered. We should start boycotting those huge "economy" sizes of everything from soft drinks, to frozen potatoes, to cooking lard, and potato chips.

And the buck finally stops at our own plate. For our health, our longevity, and our looks, we must limit how much we eat of anything. If we cut our intake in half, we will be doing ourselves, our children, and our society a great favor and our bodies will thank us for it.

Virginia Bola is a licensed psychologist and an admitted diet fanatic. She specializes in therapeutic reframing and the effects of attitudes and motivation on individual goals. The author of The Wolf at the Door: An Unemployment Survival Manual, and a free ezine, The Worker's Edge, she recently published a psychologically-based weight control e-workbook, "Diet with an Attitude" which develops mental skills towards the goal of permanent weight control.

She can be reached at http://www.DietWithAnAttitude.com

She provides support and guidance in use of the workbook through her regular blog, http://dietwithanattitude.blogspot.com 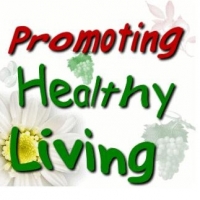 How To Cook Chicken Breast