Ephedra Is Back - But Is It Safe?


It's been called the world's oldest medicine, the miracle fat burner, and is known in some parts of the U.S. as "Mormon tea." Ephedra (also called Ma-huang or epitonin) has been used for its healing powers for more than 5000 years by the Chinese, who discovered the plant's healing properties. So why was it banned by the U.S. Food and Drug Administration in 2004, and more importantly, why was the ban recently lifted?

Ephedra grows all over the world, and in the Western United States, this flowering shrub can be found in deserts and sagebrush areas. The plant can be ground into powder for capsules, or dried and used in tea. Ephedrine is the "active" ingredient in ephedra, responsible for its healing properties. Ephedrine is a nerve stimulant similar to adrenaline, but not as strong as amphetamine.

What Does It Do?

Dieters have long known the powerful effects of ephedra in promoting weight loss. Basically, ephedrine creates a thermogenic response, speeding up metabolism and expediting the body's fat burning rate while preserving muscle. Ephedra has proved to be particularly effective for people with a slow metabolism, who have previously had trouble losing weight.

Additionally, ephedrine can be used to treat bronchial asthma and cough by relaxing the air passages in the lungs. For this same reason, the plant is helpful in treating the effects allergies and hay fever. Ephedra can assist in fighting a minor cold by causing perspiration and urination (to relieve swelling and fluid retention). Alternative uses for ephedra include treating muscle and joint conditions such as bursitis, arthritis, and rheumatism. A synthetic (man-made) replacement, called pseudoephedrine, was created and is widely used in common over-the-counter medications such as Sudafed.

Some argue that the pharmaceutical companies have organized lobbyists to target ephedra because it was cutting into their sales for weight loss drugs and asthma drugs (bronchodilators). Others believe ephedra is not dangerous, but simply got some bad press as a result of a handful of people who intentionally misused ephedra or a synthetic replication of the isolated part of ephedra (ephedrine). Ephedra activists insist that human nature simply cannot be regulated and no one can control how people use (or abuse) any supplement, herb, or drug. How can you protect customers who ignore warning labels or double their doses?

The FDA inflicted a ban on ephedra in late 2003 (which became effective in early 2004), declaring an "unreasonable risk." This decision was based on public comments, literature review, adverse event reports and scientific studies. Dieters were devastated, feeling that their right to safely and appropriately use this herb had been stripped from them.

Why Was the Ban Lifted?

After the conclusion of several court cases (including some high-profile cases), the FDA stated in its final ruling that only five deaths were attributed solely and directly to ephedra. Keep in mind, according to the American Herbal Products Association, approximately 12 to 17 million people consumed ephedra during 1999. Ephedra sales in 2002 were close to $1.3 billion. What you may not know is that in 1994, over 100,000 people died due to adverse reactions or overconsumption of prescription drugs.

Is Ephedra Safe to Use?

According to the FDA, ephedra is safe for human consumption when it is taken in the recommended dosages, and when all warning labels are strictly observed. Obviously, women who are pregnant or nursing, and people with certain diseases (such as high blood pressure) should NOT consume ephedra or ephedrine. It is advised that you check with your physician before taking ephedra.

Where Can You Get Ephedra?

Currently, one company claims to be the only U.S. supplier of ephedra for weight loss. You can purchase ephedra online at www.BetaFuelDirect.com

Amy S. Grant is an avid fitness enthusiast who enjoys SCUBA diving, photography, and empowering people to achieve their goals. 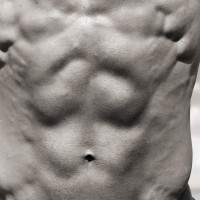 Can I Lose 10 Pounds In Two Weeks?

Obesity And Pregnancy Complications - You Are Not Eating For Two