As hoards of low-carb proponents invade the nutritional landscape, the increasingly tired low-fat guard seems to be giving way before their steady march and drumbeat.

This invasion is a preemptive strike to find and remove the stockpiled food molecules that could be used to attack your health and explode your weight. Low-carb campaign hawks insist they really are out there, ready to be launched against us at any moment. We know where they are - stockpiled in bread, rice, and potatoes.

International food observers are investigating the suspicious links between the axis-of-evil molecules and the thin, healthy people of the world. The French, for example, have flagrantly thumbed their noses at U.S. efforts once again by eating white bread baguettes twice per day, every day. Even worse, they steadfastly deny any relationship between daily carbs and weight or health problems. The Communist Chinese, ever a nettle for Western efforts, eat their high-carb rice every day, in blatant disregard of U.S. dietary resolutions.

Opinion at home is far from unanimous, as shown by scientists in a recent Tufts University study directly comparing the effectiveness of low-carb, low-fat, Weight Watchers, and Zone approaches. The question was simple. If done correctly, which theory actually works the best to lower weight?

The result? Micromanaging carbs was no more effective than counting up points or fats or anything else. Thus, the investigators came up empty handed - the carb content of the food was irrelevant to weight loss.

Without definitive proof that carbs pose a threat, and with recent evidence showing their irrelevance to weight loss itself, carbs have become the dietary "weapons of mass distraction". The resulting campaign to win the hearts and minds of the people, by stoking fears of these molecules, distracts us from the more immediate menace -- domestic Biggie Sized habits of personal overconsumption.

Dietary WMD not only divert us from more pressing problems at home, but many fear that pre-emptive invasions of this region of the nutritional world could lead to a quagmire of weight and health problems. Already the neo-Atkins' intelligencia have rolled back fruit and vegetable consumption because of carb levels that - we now find out -were never a problem to begin with.

It becomes clearer by the day that this nutritional war was founded upon dubious premises with no plan to win the long-term weight management peace. Will we have the courage to admit our past misunderestimates? Or will we "stay the course"? Only time, and our waistlines, will tell.

Dr. Will Clower is the award-winning author of The Fat Fallacy and founder of The PATH Curriculum, The PATH Online, and Newsletter.

Dr. Clower can be reached on his website www.fatfallacy.com; [email protected] 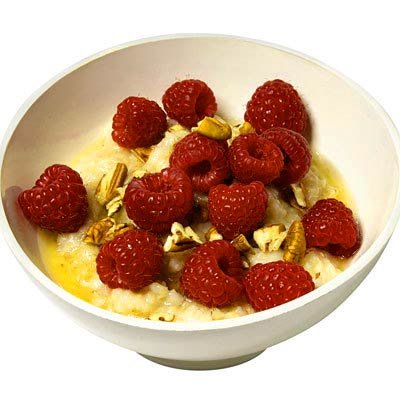 DON'T MISS
Not All Weight Loss Pills Are What They Claim To Be
Acai Berry: Weight Loss in Natural Way
HCG diet - The Forbidden Secrets
Get Out Of Bed And Be Active Daily
How To Lose Pounds - Quick Weight Loss Secrets from a Proven Plan
Get Rid of Belly Fat and Stay Motivated
Snooki Weight Loss - How Snooki Lost Her Weight?
Idiot Proof Fat Loss
Which Weight Loss Program Should I Choose?
Detox Diets - Do They Really Work?

Coconut Oil For Weight Loss And How It Can Help You

How To Become Slim Naturally By Loving Your Body