Atkins diet was unknown 35 years ago. Though it seems that ancient people - athletes particularly - followed a strict diet which is likewise Atkins basic.

Long before dr Atkins finished his theory about ketosis and established his famous diet, ancient people had undertaken it, without any clue at all. Not only they were eating Atkins-style, but also they were strongly practicing regular exercise, as dr Atkins now recommends. Ancient Greeks spent a lot of time educating their bodies. Gymnastic exercises were very appreciated, children were trained and directed to follow a daily training program. After years of strict diet and heavy gymnastics, Greeks finally admitted that "too much and too strict" is not good for health, because this regimen exhausted the human constitution.

In fact, we talk about Greek people who ate fruits, vegetables, a lot of fish, breads. This was a regular eating regimen for ordinary Greeks, with the amendment that fish was the most common meat eaten in that seafaring region. Quite interesting is the fact that Greek olympians had a bit different eating regimen, a meat-heavy regimen, like the low-carb Atkins's (not so refined, of course, no phases at all). The goal was to develop a lot of muscles and meat was enormously necessary. But not any Greek could daily afford meat on the table. Only upper social strata from Greece could afford it. The olympians also ate more rich-protein legumes which their bodies needed to keep a boost of energy.

Moreover, according to food historian Francine Segan, an ancient Olympic runner was put to undertake a meat-only diet. It seems that this tough exclusive diet was a must to win a competition. That works for runners. The fact that runners ate only meat started a sort of meat diet craze, pointed out the historian. Another condition to complete athletes' diet was to expel bread right before competition, eating dried figs instead. Francine Segan admitted that he discovered that while he was searching information about famous Mediteranean cuisine.

Their diet was directed according to Pausanias. Those practicing heavy exercise ate pork and a particular kind of bread. Also, it seems that beef was later introduced in the ordinary diet of the athletes. Goat meat is mentioned, too, in "A Dictionary of Greek and Roman Antiquities". Meat consumption was highly encouraged, as on the Atkins diet plan. Fats, too, since pork, is a fat meat.

Ancient preoccupation with health, diet and exercise is praiseworthy. A low-carbohydrate daily regimen, along with regular exercise are a simple and efficient scheme for losing weight and shaping the body. The ancient people knew it by trying it only. No theories, no calories, no ketosis, no debates around. Maybe they didn't need to know how it works. "Mens sana in corpore sana" worked best for them.

Dana Scripca writes for http://www.dratkinsdietplan.info/ where you can find more information about the Atkins Diet

Please feel free to use this article in your Newsletter or on your website. If you use this article, please include the resource box and send a brief message to let me know where it appeared: mailto:[email protected] 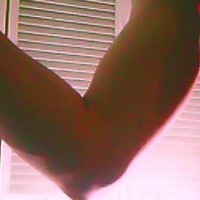 DON'T MISS
Burn the Fat Feed the Muscle - Why Some Fat Loss Diets Dont Work
Secret of How to Lose Weight Fast in 2 Weeks without Bad Affect in Long Run
The Diet For A New America
Dieting Tips For Weight Loss
The Top Six Reasons To Visit A Weight Loss Clinic
Phentermine 37.5 equals to weight loss
The HCG Protocol-Experiencing The First Week
Fat Burning Furnace - Real Simple Diet That Doesnt Ban Food Categories!
VASER Liposuction - Why is it a blessing for many?
Best Weight Loss Online ways to get your body slim

Why Do Weight Loss Studies Get Mixed Results?

How To Get Rid Of Belly Fat