Lose Weight And Get Healthy; Can Laughter Be A Cure For Obesity?


Once there were these two Nuns and they...just kidding! Do you feel any thinner or healthier? Well, according to recent studies, you might not in the beginning but over the long haul, you could actually drop weight.

First of all, I am going dispel a few myths regarding the Cortisol fighting snake-oils that are being advertised.

Cortisol is caused by physical and emotional stress! Cortisol is a hormone released by your adrenal glands in response to either physical or emotional stress and that is the reason it is referred to as the "stress" hormone. Whether it's a lot of missed nights of sleep, an extremely low calorie diet or getting caught in a traffic jam, your body responds in much the same way. It secretes cortisol into your bloodstream, which can cause even more problems.

This hormone is part of the "fight-or-flight" response that we have as human beings. Faced with stressful situations and danger, we are left to either run or fight. Your body secretes this hormone as a way of defending against stress and danger. Primarily it increases the flow of glucose, protein and fat out of your tissues and into your circulation system. For example, if a bear were chasing you in the woods, your energy levels would increase because it your body's natural response to a physical threat.

The dangers of having these high levels of the hormone have been associated with storage of visceral fat, diabetes, heart disease, weakened immune system, and chronic depression.

Now that you are a little more educated, what do you think would be the best idea for preventing these deadly, hormonal, Cortisol surges? Come-on, I know you know the answer. It isn't in some magic Cortisol-blocking pill, is it? That's right, you need to control your STRESS.

I am not saying that supplementation may not be required for some people. I believe that if you aren't getting enough rest or you are unable to relax, you probably need some nutrients put back into your body. Remember though, supplementation does not mean replacement. Learning how to get your stress levels down is the most productive thing you can do.

Finally, I went a long way to say, " Laughter will do wonders for your stress levels". Relaxation doesn't always mean just laying down watching TV so you can't use this issue article as an excuse for being lazy. You just need to learn how to calm down and recognize stress.

Check out this research from Dr. Lee Berk.

Following is a summary of his research, taken from an interview published in the September/October 1996 issue of the Humor and Health Journal.

In Berk's study, the physiological response produced by belly laughter was opposite of what is seen in classical stress, supporting the conclusion that mirthful laughter is a eustress state -- a state that produces healthy or positive emotions.

Research results indicate that, after exposure to humor, there is a general increase in activity within the immune system, including: An increase in the number and activity level of natural killer cells that attack viral infected cells and some types of cancer and tumor cells.

An increase in activated T cells (T lymphocytes). There are many T cells that await activation. Laughter appears to tell the immune system to "turn it up a notch."

An increase in gamma interferon, which tells various components of the immune system to "turn on."

An increase in IgB, the immunoglobulin produced in the greatest quantity in body, as well as an increase in Complement 3, which helps antibodies to pierce dysfunctional or infected cells. The increase in both substances was not only present while subjects watched a humor video; there also was a lingering effect that continued to show increased levels the next day.

The results of the study also supported research indicating a general decrease in stress hormones that constrict blood vessels and suppress immune activity. These were shown to decrease in the study group exposed to humor.

For example, levels of epinephrine were lower in the group both in anticipation of humor and after exposure to humor. Epinephrine levels remained down throughout the experiment.

In addition, dopamine levels (as measured by dopac) were also decreased. Dopamine is involved in the "fight or flight response" and is associated with elevated blood pressure.

Laughing is aerobic, providing a workout for the diaphragm and increasing the body's ability to use oxygen.

Laughter brings in positive emotions that can enhance - not replace -- conventional treatments. Hence it is another tool available to help fight the disease.

Experts believe that, when used as an adjunct to conventional care, laughter can reduce pain and aid the healing process. For one thing, laughter offers a powerful distraction from pain.

In a study published in the Journal of Holistic Nursing, patients were told one-liners after surgery and before painful medication was administered. Those exposed to humor perceived less pain when compared to patients who didn't get a dose of humor as part of their therapy.

Perhaps, the biggest benefit of laughter is that it is free and has no known negative side effects.

So, here is a summary of how humor contributes to physical health. More details can be found in the article, Humor and Health contributed by Paul McGhee

Muscle Relaxation - Belly laugh results in muscle relaxation. While you laugh, the muscles that do not participate in the belly laugh, relaxes. After you finish laughing those muscles involved in the laughter start to relax. So, the action takes place in two stages.

Pain Reduction - Humor allows a person to "forget" about pains such as aches, arthritis, etc.

Cardiac Exercise - A belly laugh is equivalent to "an internal jogging." Laughter can provide good cardiac conditioning especially for those who are unable to perform physical exercises.

Respiration - Frequent belly laughter empties your lungs of more air than it takes in resulting in a cleansing effect - similar to deep breathing. Especially beneficial for patient's who are suffering from emphysema and other respiratory ailments. (SIDE BAR FROM Randall Gartman: It will also help balance Oxygen and Co2 levels, which could help anxiety sufferers with hyperventilation)

Now, Let me show you how you can apply what you just learned.

Sit in a chair, check your shoulders and let them relax but keep your posture straight so you can breathe properly. Imagine your butt sinking into your chair but feel yourself centered, neither leaning forward or back.

Perform that routine for each body part in this order: toes, feet, calves, thighs, buttocks, abs, chest, back, arms, hands, neck and face.

After you finish the above exercise, discover what it's like to finally be relaxed and just sit there for a few minutes. If it is at night, you can do this lying down so all you need to do is close your eyes and get some sleep. However, if it is daytime, I want you stand up (if you can) and stretch and put a big goofy smile on your face. I mean cross your eyes and jump up and down like a crazy person. Don't stop until you are laughing!

Now that you know that laughter is awesome medicine for fighting obesity and a variety of health issues, how often do you think you could practice putting a smile on your face? I am getting thin right now. In fact, I am exercising in public right now--LOL.

Randall Gartman, "Certified Personal Trainer and NLP Practitioner," is author of "eMpowering Physical Mastery" and "eMpowering Pain-Free Living - Life Without Obesity." To learn more about his books and sign up for more FREE tips like these, visit his site at http://www.stopbeingoverweight.com 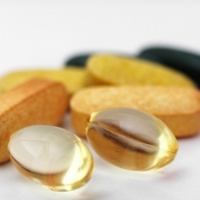 Lose Weight On A Budget