At The Dinner Table

It was very hard having an overweight child. Wherever we were, people just stared. I often wondered if she saw what I saw. I wish I could have protected my 8 year old, Jeanine, from the eyes of this world. I wish I could have shielded her from those stares. We never really talked much about it. It was simply too painful. It is almost as if as long as we didn't talk about it, it was not real. She pretended not to notice but I knew she saw how people reacted to her. She was a smart, perceptive child. From a very early age, she always saw things that I did not even notice. There was that time on a trip to Washington, D.C. she asked me, "Mom, why are there so many homeless people in our nation's capital?"

I blame myself for her weight problems. We were a generally obese family and we did not practice the best eating habits. We hardly ever exercised. Even our dog was fat. From the beginning, I rewarded her with junk food for everything from getting a good grade at school to being a good girl and doing as she was told. I would wave cookies in front of her so that she would stop crying. By 3 years old, she had started manipulating me instead of the other way around!

I had no idea how much I was really conditioning her to reward herself with food as she got older. It was as if she walked through life feeling she deserved something simply for doing what she was supposed to do. I felt so helpless that it had gotten this far out of control. As she got older and spent more time away from home because of school, I simply could not watch her all the time as she rewarded herself with candy bars and ice cream for no reason at all. And she could get all of this stuff at school too! It was easily accessible to her. She stayed away from anything green unless it was artificially colored. One day at school, Jeanine complained of being dizzy. She experienced short dizzy spells a couple of days following that.

She was unusually tired much of the time. She would snap at her young brother-an infant! She was never this way towards him. We didn't consider any of these things symptoms of something. We just thought Jeanine's body was going through changes until one day when she almost fainted in P.E. class.

That very afternoon, the physician diagnosed her with Type one diabetes. AlThough I wished she did not have to suffer by getting pricked with needles and having to go to the doctor so often, her condition has gotten our entire family involved in eating right. After all, we all eat at the same dinner table. We cut out juices, soda and sugary carbs, which do a real number on blood sugar levels.

Now our 4-person household has lost over one hundred pounds in 6 months. Even our 3-year old shed several pounds! It is a miracle because we do not eat half as much and yet we do not feel hungry like we used to. Jeanine is fitting into smaller and smaller clothes and is a lot more active in extracurricular activities at school. And she no longer sits on the sidelines in gym class. She's even going to be on the intramural volleyball team next year! The most ironic thing is that Jeanine may have diabetes, but she's the healthiest that she has ever been in her entire life!

Ryan Joseph is a writer/researcher. For more information go to http://www.fitness-supplements.net/ 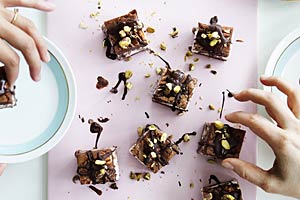 DON'T MISS
Tasty Food To Put On Your Low Carb Diet Food List
Hoodia Gordonii Plant - Where Can You Exactly Find It?
Get More Fruits And Vegetables In Your Diet With Juicing
Natural Ways to Lose Stubborn Fat Safely and Effectively
Lose Belly Fat - Is It Really Possible?
The Missing Ingredient in Your Diet That is Keeping You Fat and Tired
What to Look for in Cellulite Remedy
How To Get Washboard Abs Without Doing Any Abs Exercises
The Diet Solution Course, Learn How To Eat And Diet
Why Using Optifast Weight Loss Products Australia Are Beneficial?

How to Slim Down at Any Age