What is Cellulite and Ways to Reduce It

Cellulite is basically fat which gives your skin a dimpled appearance and typically can be found in the thighs, the buttocks as well as the hips. When people are asked what is cellulite they typically describe it as looking like cottage cheese on their skin.

Cellulite is not a health risk, however it is unattractive and a lot of women are not comfortable wearing shorts if they have an obvious cellulite problem on their legs. Women who have a severe cellulite condition have a noticeably bumpy appearance to their skin and sometimes the skin can look rumpled. If you ask women what is cellulite they may not have an answer but they want it to disappear.

What is Producing Cellulite

The cellulite condition is produced by connective cords which basically attach your skin to the muscles below. These fibrous cords connect your skin to deep tissue structures in your body and fat substances are located between. When the fat cells grow in number they begin to press against your skin. While this is occurring the cords are in the process of pulling in a downward motion and this procedure produces the dimpling of the skin.

Researchers claim than eight out of ten women have at least a small amount of cellulite. Men typically do not acquire cellulite and women are likely candidates for acquiring cellulite due to having a higher fat concentration in the buttocks and the hips as well as the thighs. As the elasticity in the skin decreases due to aging, cellulite typically increases.

Cellulite is usually more apparent in women who are overweight; however women who are thin also have cellulite. Genetics might also be a cause of cellulite and some researchers believe that stress, a sedentary life style and utilizing hormonal contraceptives can also contribute to cellulite.

In order to reduce cellulite, doctors typically recommend to women to lose some weight by improving their diet and participating in an exercise regimen. Strengthening the legs and the buttocks can help to remove the unwanted cellulite. Unfortunately even after a significant weight reduction has occurred the cellulite will not completely disappear, however you probably will see a significant improvement.

What is Effectively Reducing Cellulite

Reducing cellulite with the use of lasers and radiofrequency systems can be effective for some women. The procedures that are involved are safe and typically the procedures are performed twice a week for several weeks. It should be noted that the improved appearance is temporary; however the improvement can last up to about six months.

There is very little evidence available to prove that creams can reduce cellulite. Liposuction removes fat from the body, however the procedure does not decrease the amount of cellulite you have and some experts claim that liposuction will make your cellulite condition worse. Losing weight with exercise and a healthy diet is an effective plan to reduce your cellulite. 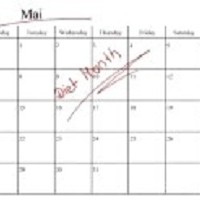 How Do You Make It Go Away? – 5 Facts About Body Fat