Besides craving salt, there are other salt craving symptoms that can go along with the craving. One of these is fatigue, where the person does not feel as though he has any energy to do his day to day activities. When a person's salt level is too low, his body will begin to crave more salt and the electrolyte firing is slowed, which causes the fatigues feeling. This will often happen when the individual is under a lot of stress and the adrenal gland begins to shut down so that the hormones it secretes that maintain the salt level in the blood are not secreted in large enough amounts. When this happens, the body begins to flush the salt out of the bloodstream which does not leave enough for the body to function properly. In order to counteract this type of salt craving cause, the individual should eat more sea salt, which is healthier than refined salt since it has trace minerals in it, and also up his protein intake so that he consumes low fat protein at least two to three times per day to help build up his adrenal gland.

There are other causes of salt cravings, which can happen to individuals even when they are not under a lot of stress. Some people grow up with a lot of salt on their food and as such, crave salt on all their foods, because it is a habit. These people need to be careful with their salt intake so that their salt level does not become so high that it affects their blood pressure or lead to other adverse effects.

Another cause for salt cravings is that the person's zinc level is too low. When a person is zinc deficient, he is usually not able to taste or smell his food as well as other individuals. This may cause him to add more salt to his food so that he can taste it. There are some individuals that naturally metabolize their salt more quickly than others and need to take in more salt to regulate their body's systems. For instance, there is a certain sodium to potassium ratio in the body. If this ratio is thrown out of balance, this will cause the person to crave salt so that it is in balance again. Some individuals who choose not to eat meat will also find that their salt cravings will rise since lack of meat causes less salt to be in the person's diet by nature. The bottom line for the causes of salt cravings is to listen to the body's natural leanings. The body will naturally crave what it needs to balance itself out. If the salt cravings become to strong, however, then the individual should go to the doctor to see if there is a more serious imbalance that needs to be taken care of. 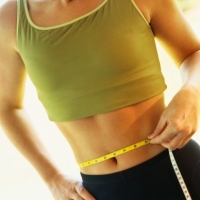 DON'T MISS
Get The Plan You Need For Losing 7 Pounds Faster Than You Thought Possible With This Hot Program! - The Secret 2 Fat Loss
Acai Burn - Acai Burn Reviewed
Muscle Force Max - How To Get A Six Pack
Healthy Recipes for Low Carb Success
How to Reduce Thigh Fat in My Busy Schedule?
Phen375 - The fastest way to lose weight
Erectile Dysfunction can be controlled by modest weight loss!
Is Your HCG Diet At Risk Because of Out of Control Evening Snacking?
Lose Fat - Lose Face Fat And Chubby Cheeks The Natural Way
C-plex60 - Ireland Slimmers Choose This New Weight Loss Aid