There are many people who seem to get strange cravings at different times in their lives. Women during pregnancy are probably the best example of these strange cravings, craving chocolate, ice cream, pickles or any combination of the same. There are also people who will have salt cravings for various reasons. In some cases, women will crave more salt when they are getting ready to menstruate due to the hormones in her bloodstream affecting the way her body processes the sodium in her blood. In other cases the salt cravings can be indicative of a more serious concern that the person should get checked out by a physician to make sure that there are not more serious health issues to treat. Whenever a person starts to have a craving that he has not had before, he should check with the doctor to see if he should be tested for a deficiency in his body.

There are other reasons why individuals will crave salt in their diet. Some people have grown up with very salty foods so that they are used to having these foods in their diets. When this is the case, it is not that the person needs more salt in their diet; they merely like to have their foods more salty for the taste of it. Another reason that people will have a salt craving is that they work out a lot and become dehydrated. In this case they will want to combine their water intake with a salt consumption so that they can better regulate their bodies for their electrolytes to fire appropriately once again. 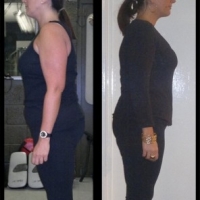 I Did It! My Body, Rebooted

What Foods Are Best For Losing Weight?