How To Naturally Manipulate YOUR Hormones And Make Losing Belly Fat Easy!

It has been scientifically proven that individuals who are chronically under stress are more likely to have excess stomach fat.Â  Is this because stressed out people tend to stress eat?Â  Well this may be the case for a percentage of these individuals.Â  After all, stress eaters typically binge on sugar-laden junk foods during periods of stress, which of course would cause unwanted fat gain.Â

This would make clear the link between being persistently stressed and having extra body fat in a broad sense.Â  The conversation would end here but we know that even stressed out individuals who are basically lean still have a tendency to carry an unbalanced amount of abdominal fat compared to other areas on their body.

So, if you are stressed out, why does the bulk of the fat you gain find its new home right on your stomach?Â  Recent studies have found an answer to this question. Researchers have found a strong correlation between high cortisol levels and increased stomach fat.Â  For those of you who don't know, cortisol is a stress hormone that is produced by the adrenals and is released in the body in response to stress.

How does cortisol work its unfortunate magic?Â

For starters, due to its effect on insulin metabolism and blood sugar levels, it promotes binge eating.

Perhaps even worse than that, cortisol almost completely eliminates the increase in your metabolic rate that normally occurs after eating a meal.Â  The obvious effect of this metabolic slowdown is that you will burn fewer total calories per day thus making you susceptible to gain more body fat.

But it gets even worse.

Alright, so this explains why a person with high levels of cortisol would carry more body fat generally.Â  But what about the specific connection with cortisol and ABDOMINAL fat?Â

Well, it turns out that abdominal fat has approximately five times more cortisol receptors than body fat from other areas of the body.Â  Therefore, the more cortisol you have in your body, the more your body will want to have more receptors, thus prompting it to store more belly fat.Â Â Â

Most experts also believe that once cortisol has bound itself to the cortisol receptors found on abdominal fat, it prevents that fat from releasing fatty acids to be burned as a fuel source, even during a fat burning exercise routine.Â

In other words, the fat that ends up on your stomach is "stubborn", and wants to stay at all costs.Â  It actually has a vested interest in keeping your belly flabby!Â

Alright, I hope that you are now convinced that keeping your cortisol levels in check is a big part of any successful fat loss program.Â  But how do we do that?Â

Well, most supplement companies sell cortisol blockers.Â  The primary ingredient in these formulas is phosphatidylserine.Â  The bad news (and don't hold your breath waiting for these companies to admit it) is that these formulas do NOT work.Â  They are a total waste of your money so stay away from them.

Fortunately, there are some natural things you can do to keep your cortisol at an acceptable level.Â  Here are some effective strategies:Â

1) Reduce stress- This may seem like it is easier said than done.Â  But any attempt to deal with life's situations in a calm manner will help.

3) Cut out caffeine- I know, I know...No booze, and now no coffee!?!?Â  I hate to ruin all of your fun, but you will need to cut out that latte if you are serious about losing belly fat.

4) Eat smaller meals- Eating one or two big meals per day puts preventable stress on the body.Â  This leads to increases in cortisol levels.

5) Laugh a little (and preferably a lot!)- Most people don't realize that laughter can lower your cortisol levels profoundly.Â  So lighten up!

6) Don't overtrain- Yes, the very training you are doing to burn belly fat can actually be encouraging your body to store it.Â  Too much of a good thing is NOT a good thing!

There you have it!Â  In addition to a well-designed nutritional protocol and a properly designed training program, integrate these cortisol lowering strategies and make losing belly fat easier than you ever thought possible! 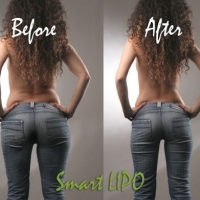 DON'T MISS
The Fat Burning Furnace - Lose Weight Really Fast with Half the Effort!
Slim Weight Patch - Diet Pills Review Scam
Lose Double Chin - How to Get Rid Of Chin Fat?
The Natural Diet Solution For Pcos And Infertility Rapidshare
Top Tips For You To Lose Weight Super fast
How to Eliminate Neck Fat
High Metabolism Boosting Foods: Burn Fat Without Calorie Counting
Is Fat Burning Furnace A Rip Off
The key to lose weight steadly at any age.
Melt Away Belly Fat With A Proven Weight Loss Guide Guaranteed To Raise Your Metabolism Fast! - The Secret 2 Fat Loss